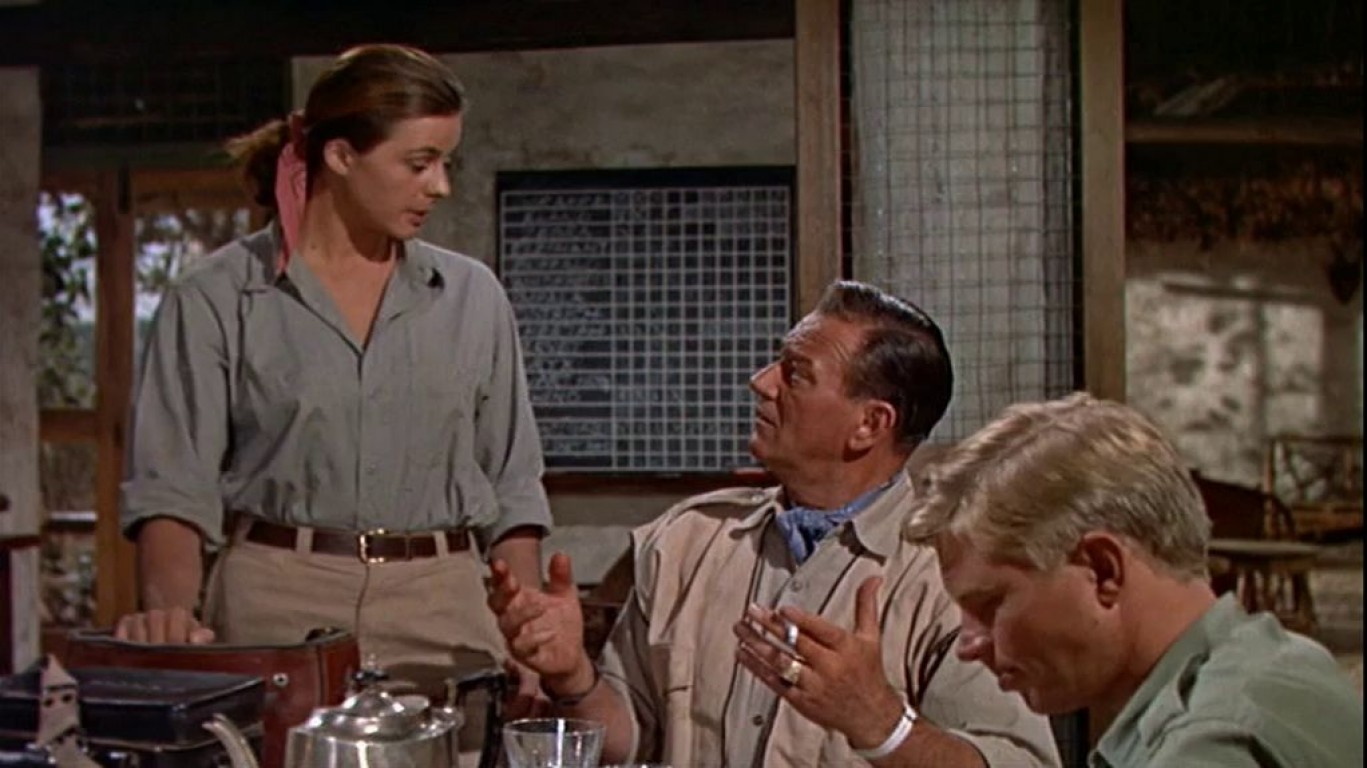 A group of men work as hunters by trapping wild animals in Africa for zoos. A female photographer shows up and eventually earns the respect of the rough and tumble crew. About 62% of critics on Rotten Tomatoes like the adventure movie, compared to 76% of audiences. 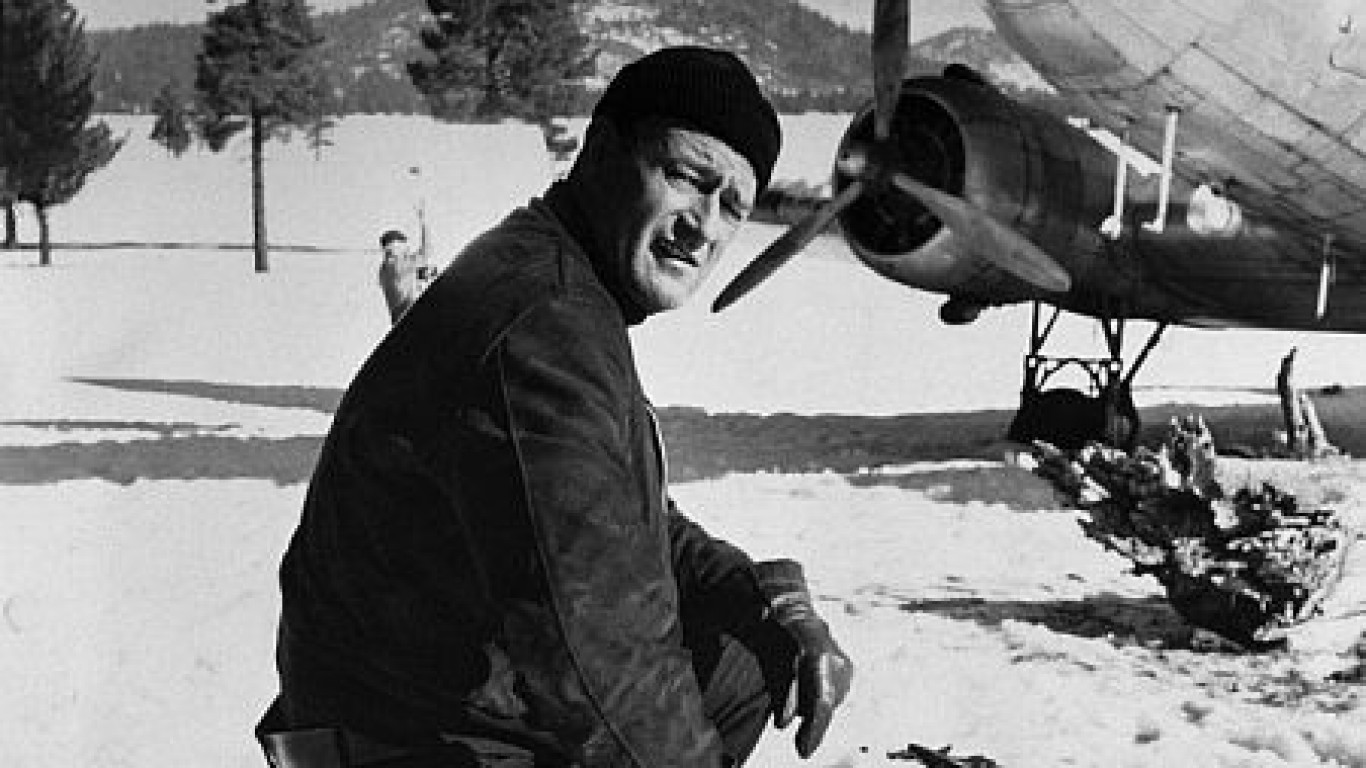 When Wayne was not appearing in a Western, there was a good chance he was portraying a military man. In 1953’s “Island in the Sky,” Wayne played Captain Dooley, who crashes his plane in a remote part of Canada while delivering supplies to England during World War II. There, Dooley must keep his wits and help his crew survive frigid temperatures in uncharted territory as they await rescue.

24/7 Wall St.
The Greatest Sports Movies of All Time 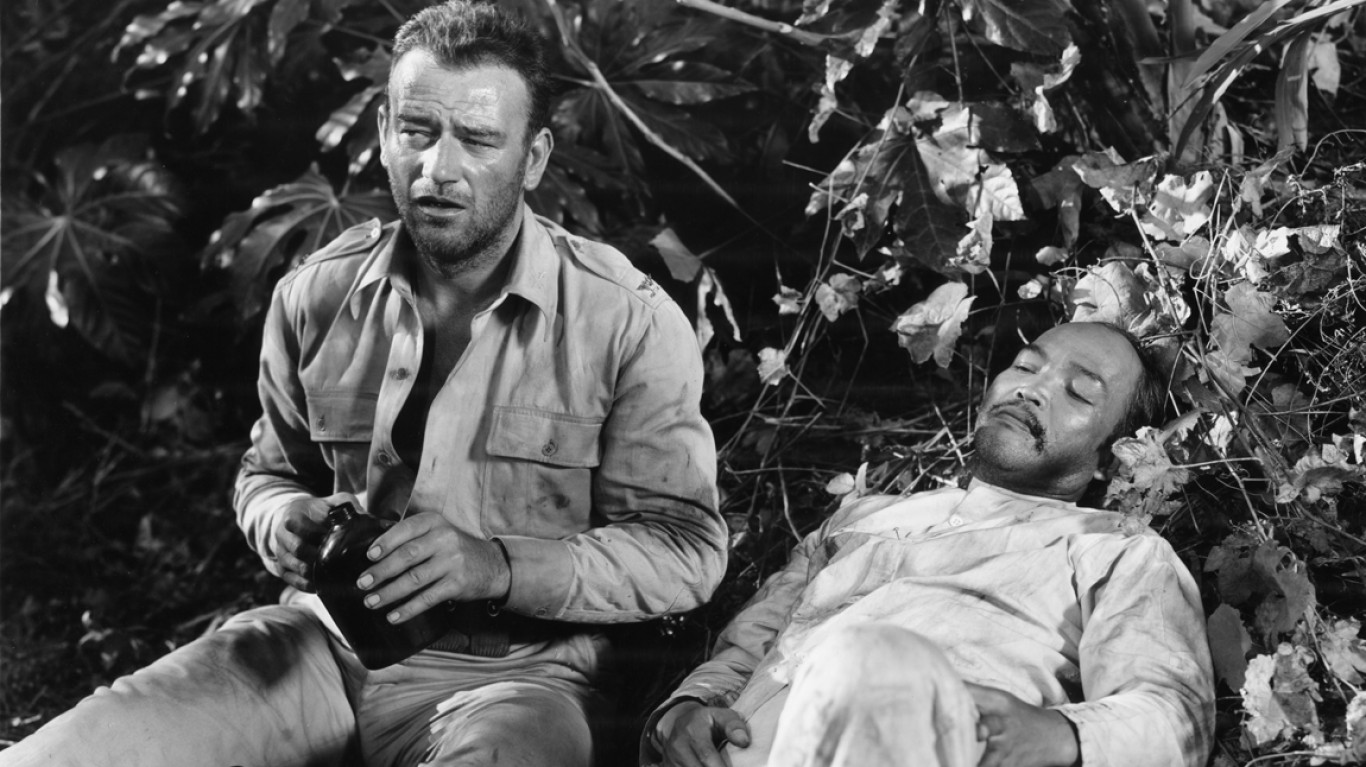 In “Back to Bataan,” Wayne plays an army colonel, who organizes guerilla fighters against Japanese in the Philippines during World War II. About 80% of critics on Rotten Tomatoes have given the Wayne war movie a positive review, compared to 63% of audiences. 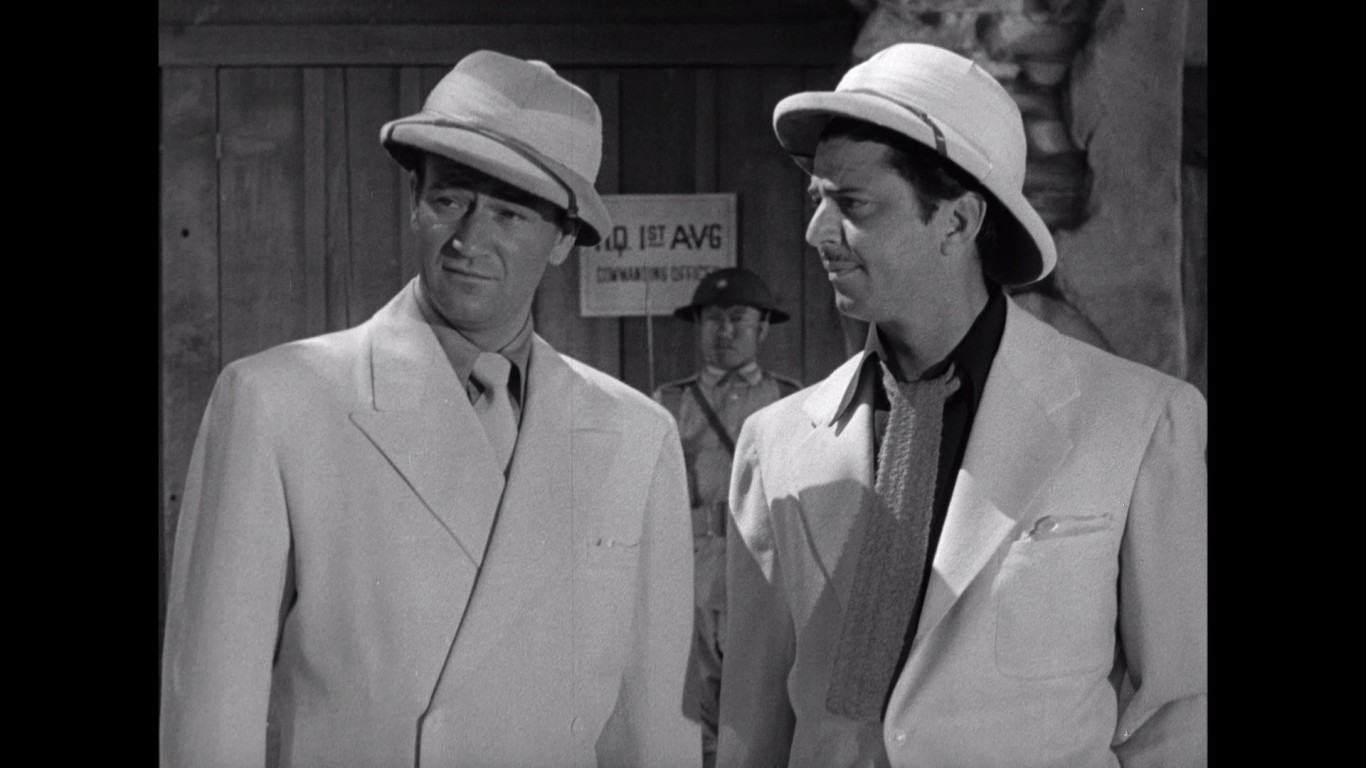 “Flying Tigers” tells the story of American mercenary fighter pilots who work on behalf of the Chinese government, flying missions against the encroaching Japanese military just ahead of the attacks on Pearl Harbor. Wayne plays Captain Jim Gordon, who commands the Flying Tiger unit. He must keep the unit together, even when a reckless pilot threatens to tear the Tigers apart. The film was generally well reviewed and received three Academy Award nominations. 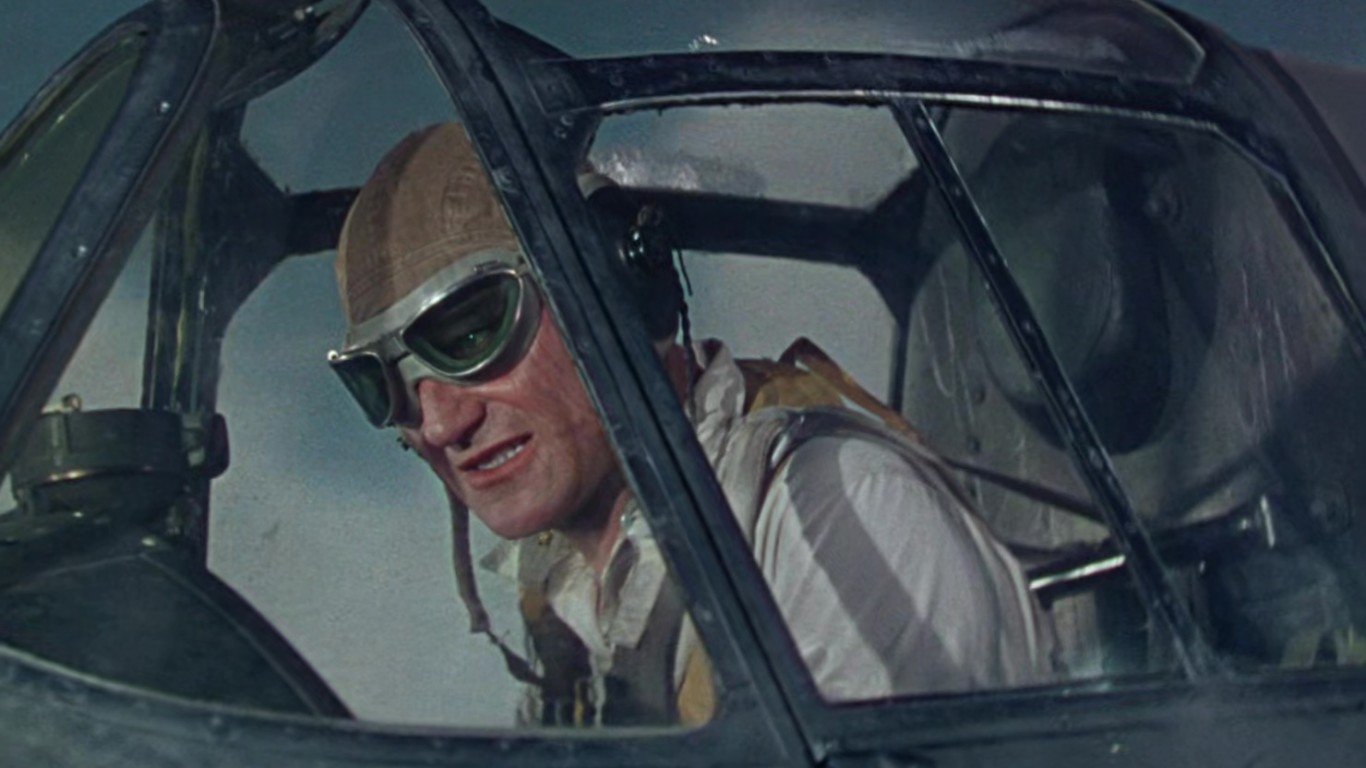 Wayne portrays yet another World War II pilot in “Flying Leathernecks.” In it, Wayne plays the stern Maj. Daniel Kirby, who must instill discipline into the squadron he commands ahead of the Battle of Guadalcanal.