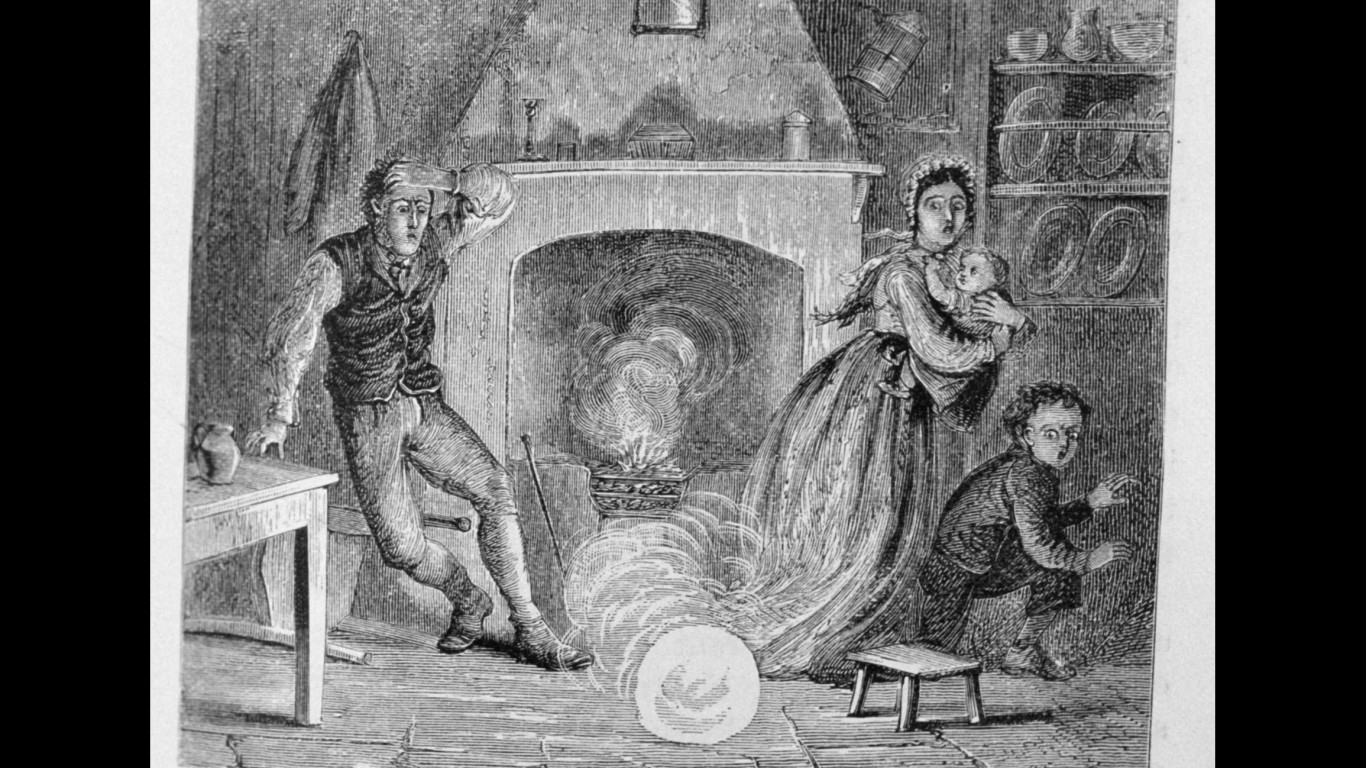 In rare circumstances, usually during or after thunderstorms, luminescent electric blue or orange orbs can appear for a few seconds in the sky. While the weather phenomenon has been well documented since antiquity, the physics of ball lightning is not understood. The first spectrometer measurement of ball lightning was taken by accident in 2014, during field experiments in China.

According to a statistical analysis of ball lightning sightings published by the American Physical Society in 1960, just 5% of the world’s population has witnessed ball lightning. 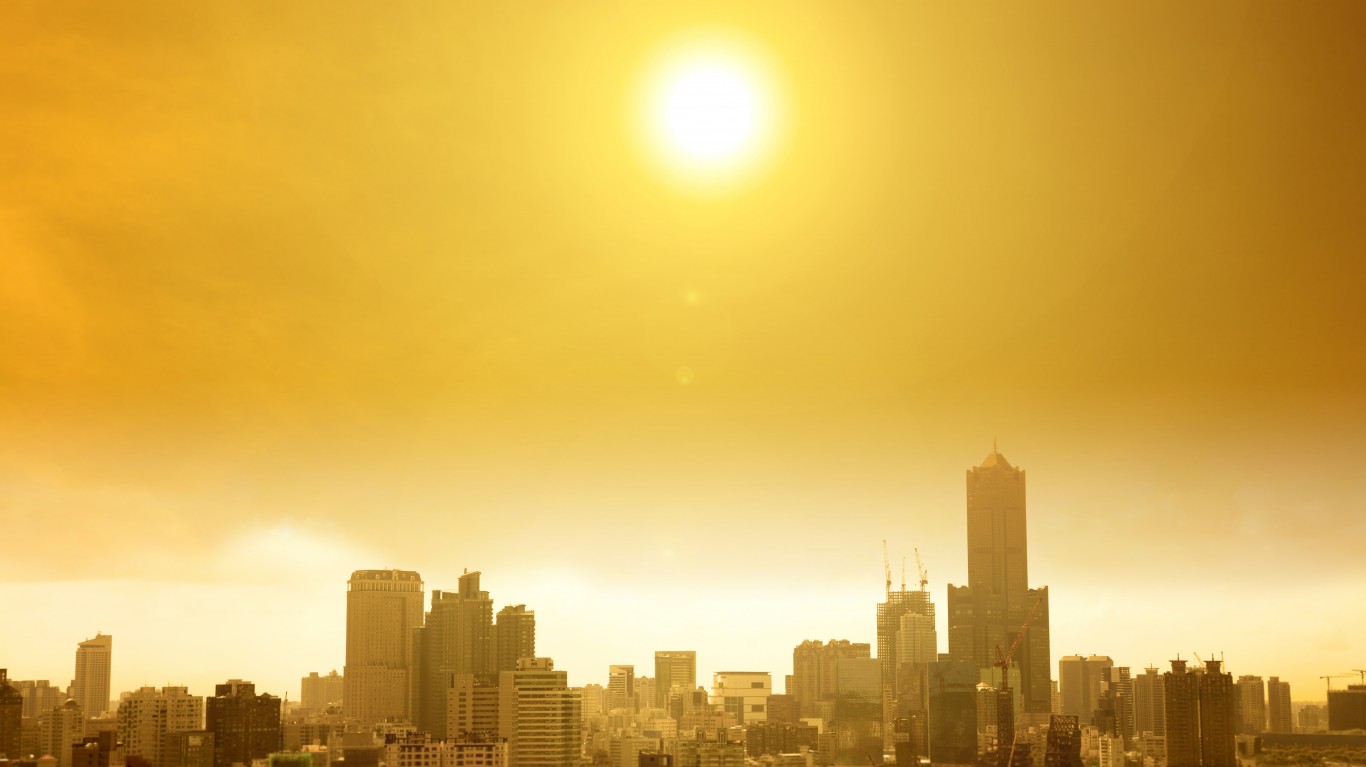 No one would classify a heat wave as a rare weather phenomenon. In the context of meteorological records, however, the high temperatures documented in the past decade are among the most unusual climate events in recorded human history. Both 2016 and 2020 were tied as the two hottest years across the globe in recorded history.

24/7 Wall St.
Countries That Suffer the Most From Extreme Weather Events 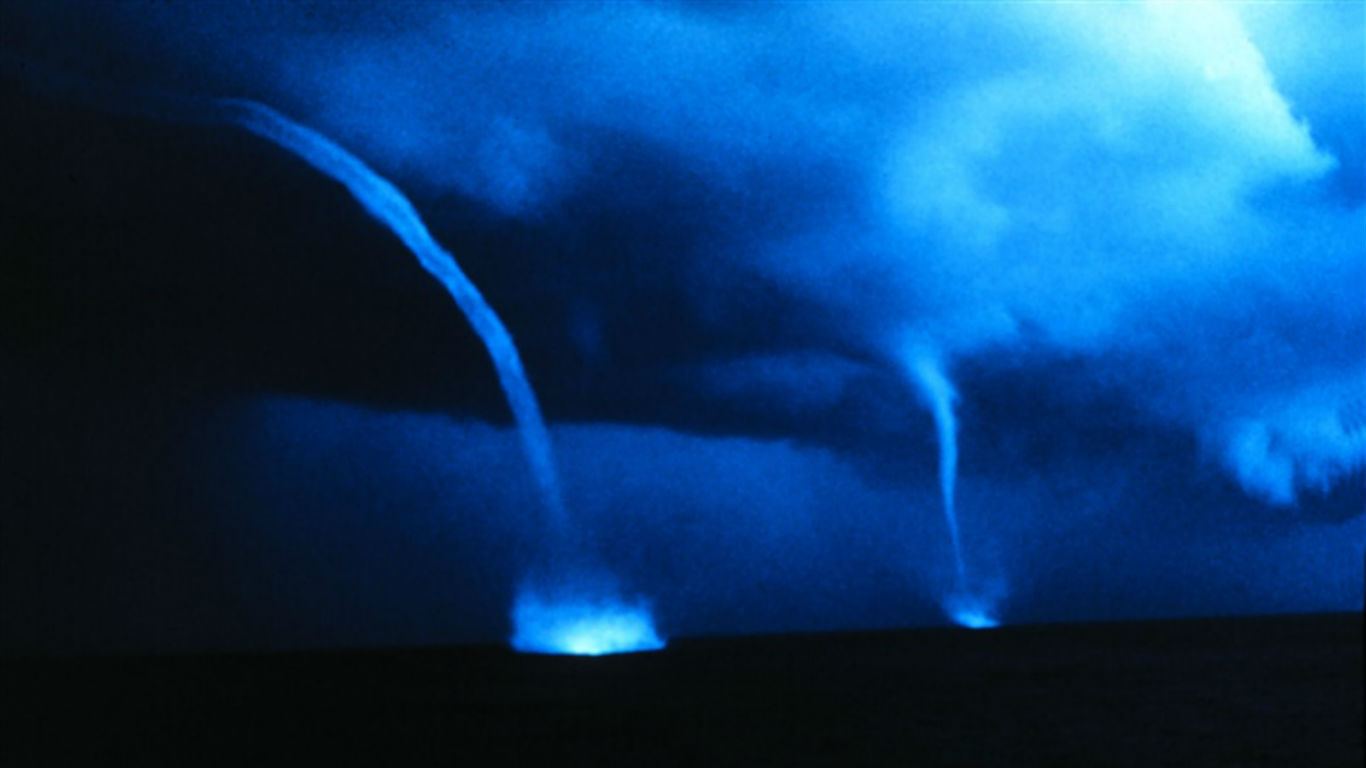 Waterspouts are rotating columns of air that normally form over water. They are usually less violent than tornadoes and form mostly in tropical and subtropical regions. They are relatively common in the Atlantic Ocean off the coast of Florida. 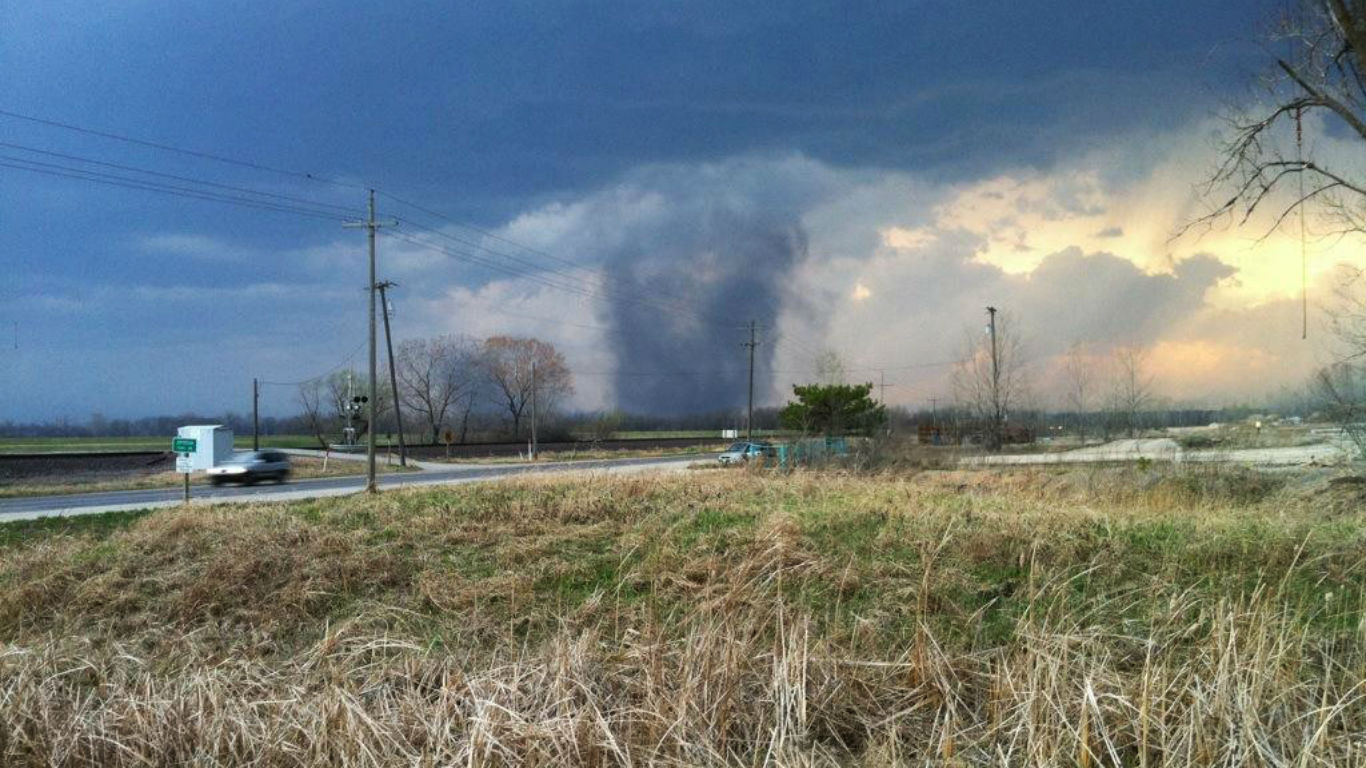 Gustnadoes are not a type of tornado. NOAA classifies the weather phenomenon as “thunderstorm wind events.” Unlike tornadoes, the root of a gustnado is not connected to the base of a cloud, rather the vortex rises from the ground. 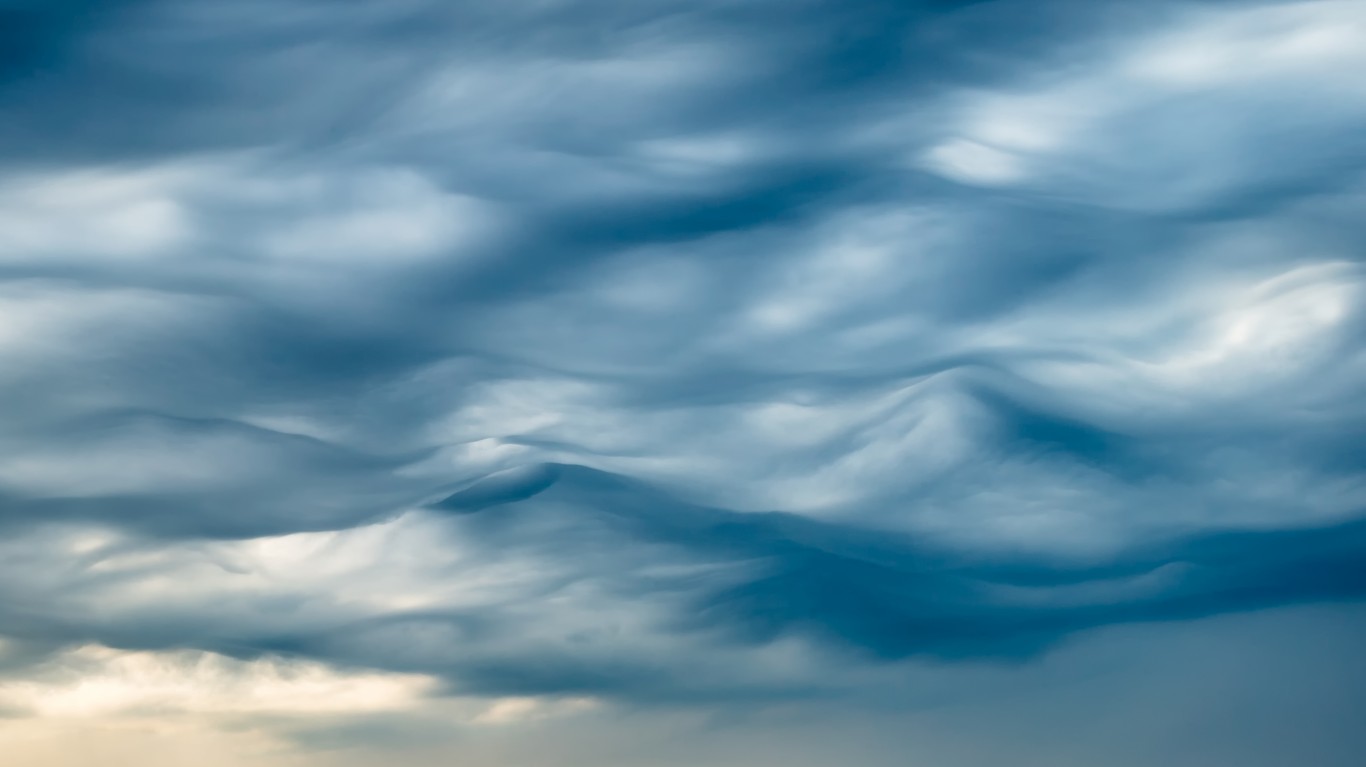 Scientists named asperitas clouds after the latin word “aspero,” which means aggravate, enrage, and roughen and was used during the classical era to describe stormy seas.

NOAA considers these clouds “other cloud phenomenon,” characterized by long rippling waves through the base of the cloud.