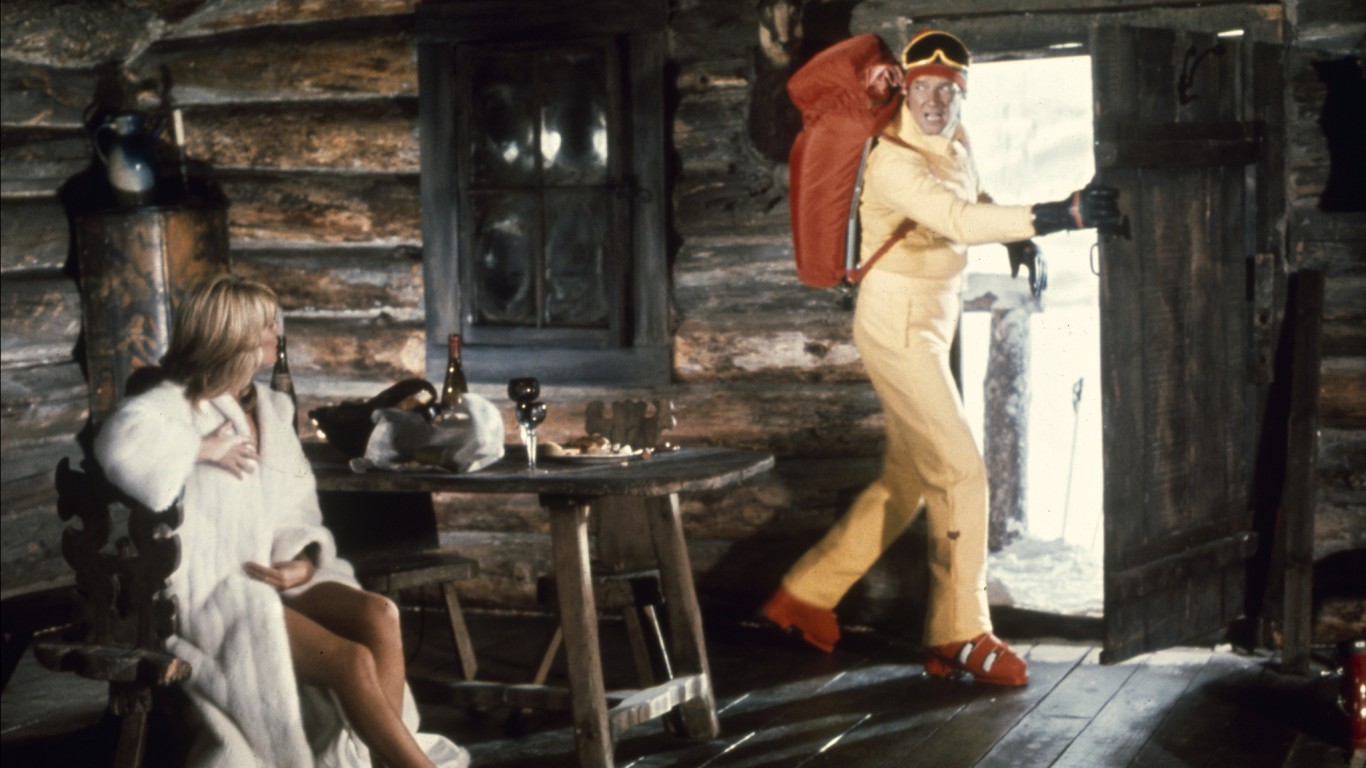 In an unusual twist, Bond teams up with KGB agent Major Anya Amasova (Barbara Bach), who vows to avenge the killing of her lover by Bond. (She doesn’t in the end.) The two set out to find an evil scientist (is there any other kind in a Bond film?) and stop his hijacking of two Russian and British nuclear submarines. 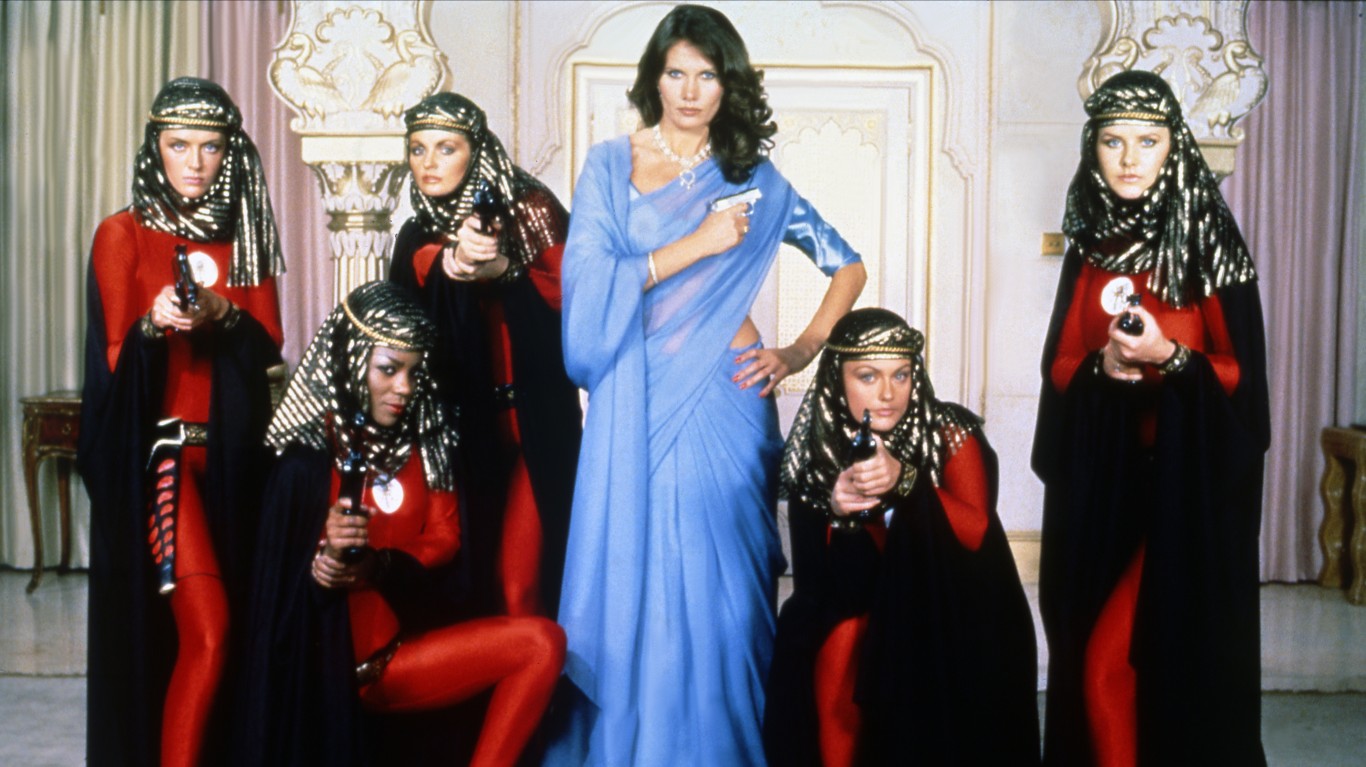 Maud Adams has the distinction of playing a Bond Girl twice (she was also in “The Man With the Golden Gun””. Here, she plays a wealthy businesswoman and smuggler who helps Bond break up a jewel theft operation run by a rogue Soviet general. Along the way, they stop a nuclear attack on NATO forces. 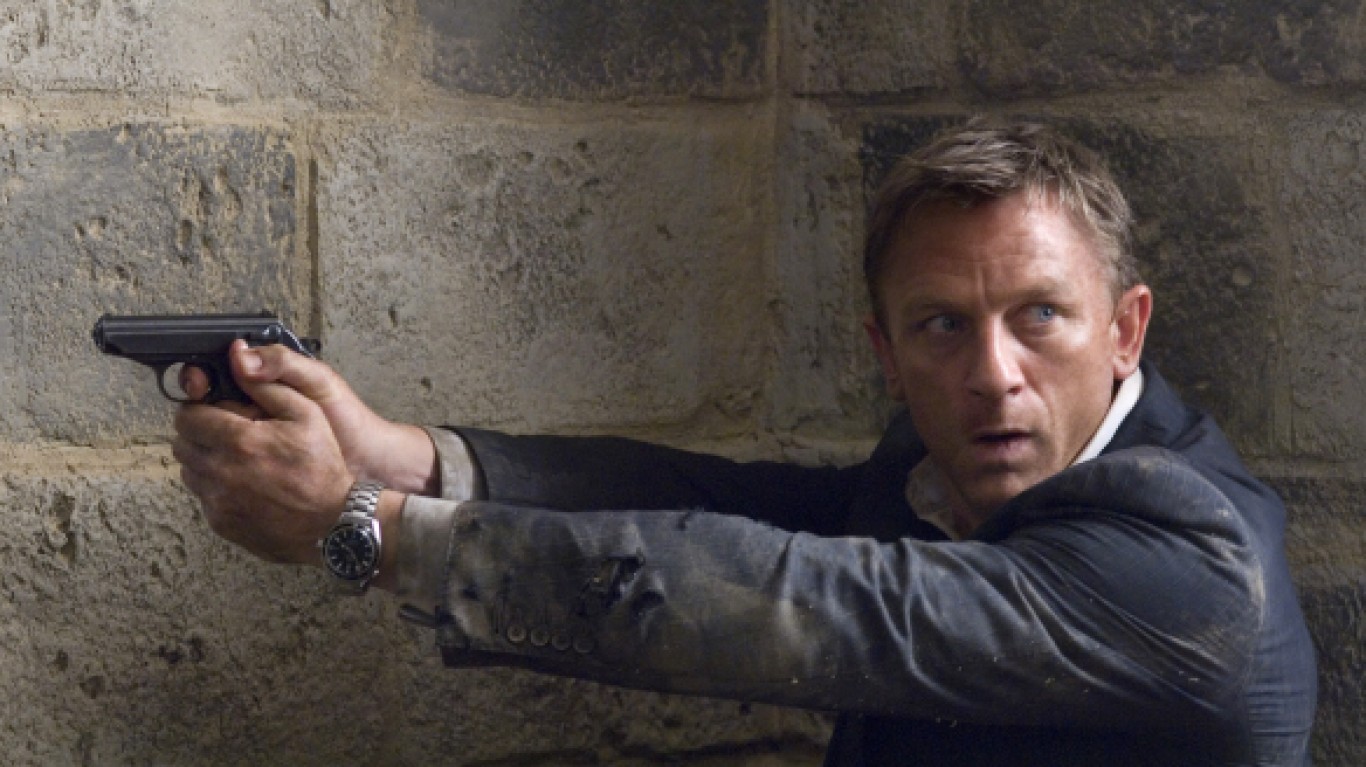 Daniel Craig’s second foray into Bond territory drew tepid reviews after the success of the 2006 non-spoof version of “Casino Royale.” Bond seeks to find who blackmailed his lover, Vesper Lynd, and comes across Quantum, an organization plotting to control the water supply in Bolivia. 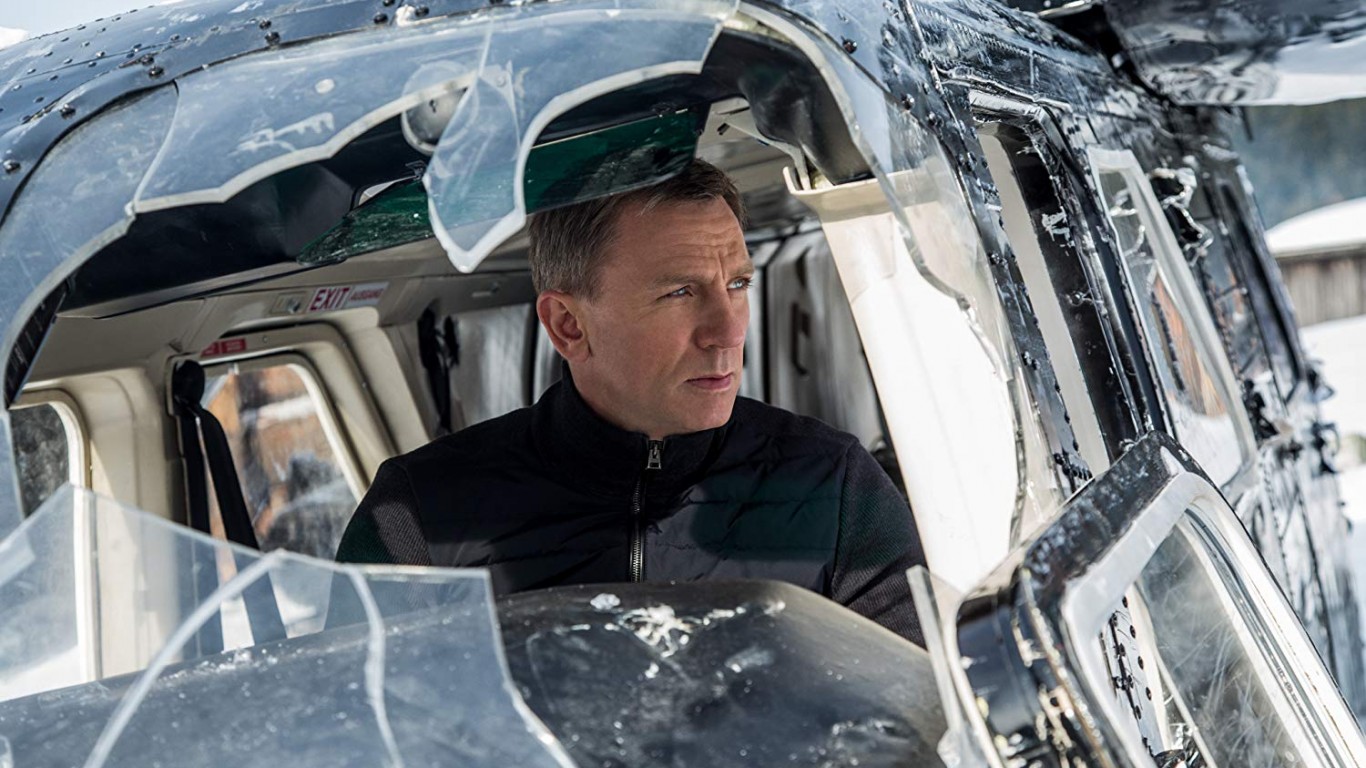 Old adversaries reunite in this recent Bond film as the British agent fights against the evil Ernst Stavro Blofeld and his worldwide criminal network, SPECTRE. Although the name is the same, Blofeld is actually a pseudonym for another person from Bond’s past who wishes to do him harm. All in all, a clever way to update the franchise’s long-standing enemy. 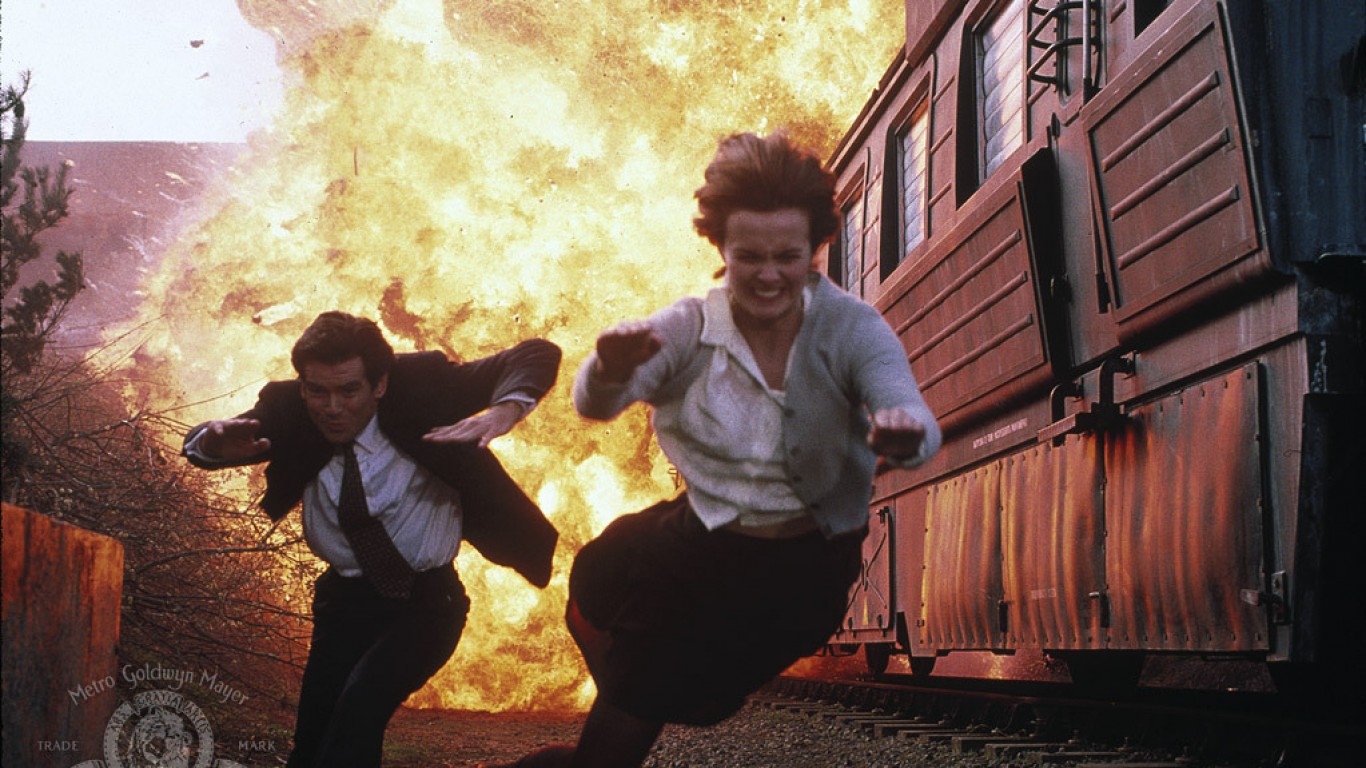 After a six-year absence from the screen, Bond returned with Pierce Brosnan donning 007’s custom-made suit. Also noteworthy is the fact that M, head of MI6, was played by a woman for the first time — Judi Dench. The movie has Bond trying to foil a plot by a former ally to control a satellite system.