18 of the Deadliest Weapons of All Time 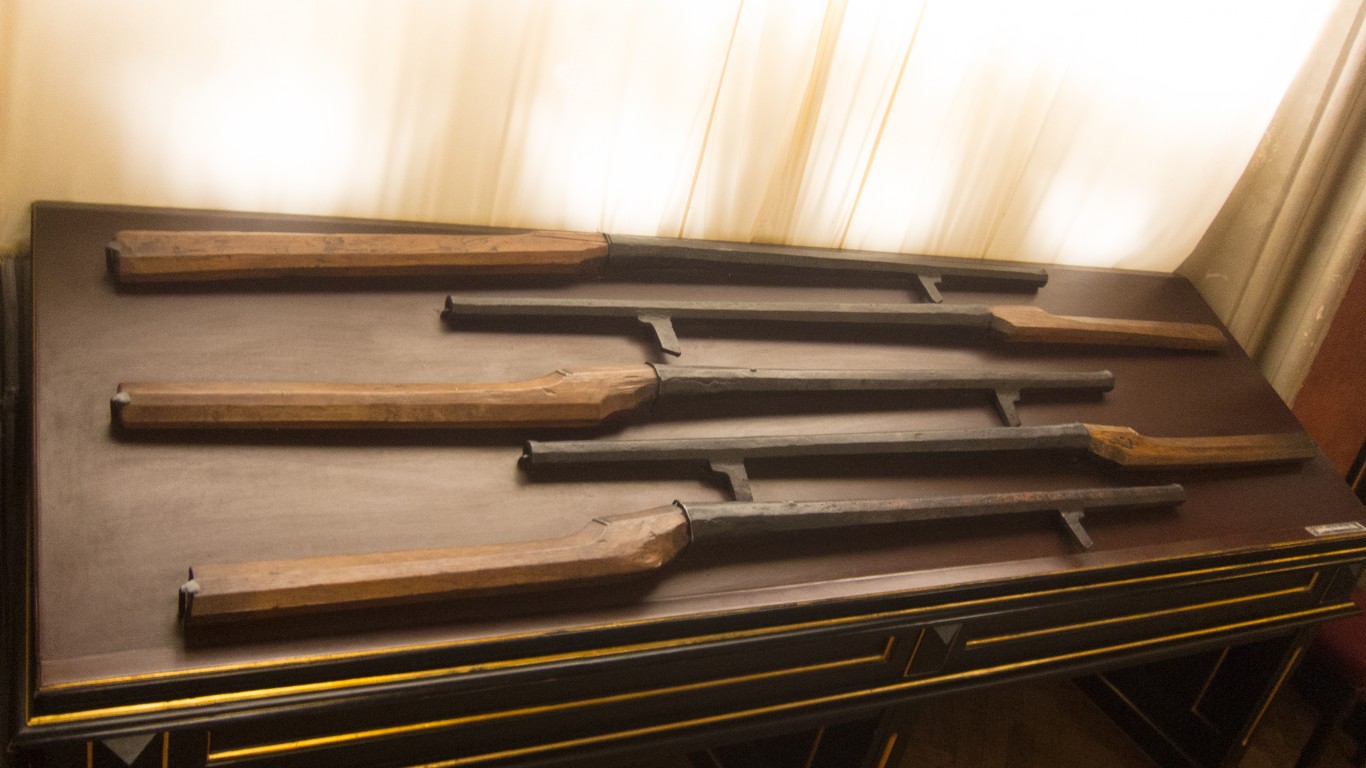 The arquebus was an early firearm that appeared in 15th century Europe. It was slow to reload, inaccurate and so heavy that it had to be mounted on a pole to fire. Originally, it was used as a defensive weapon for protecting cities and other fortifications. There is a potent French spirit called Arquebuse de l’Hermitage, which legend has it was first formulated to treat those wounded by an arquebus. 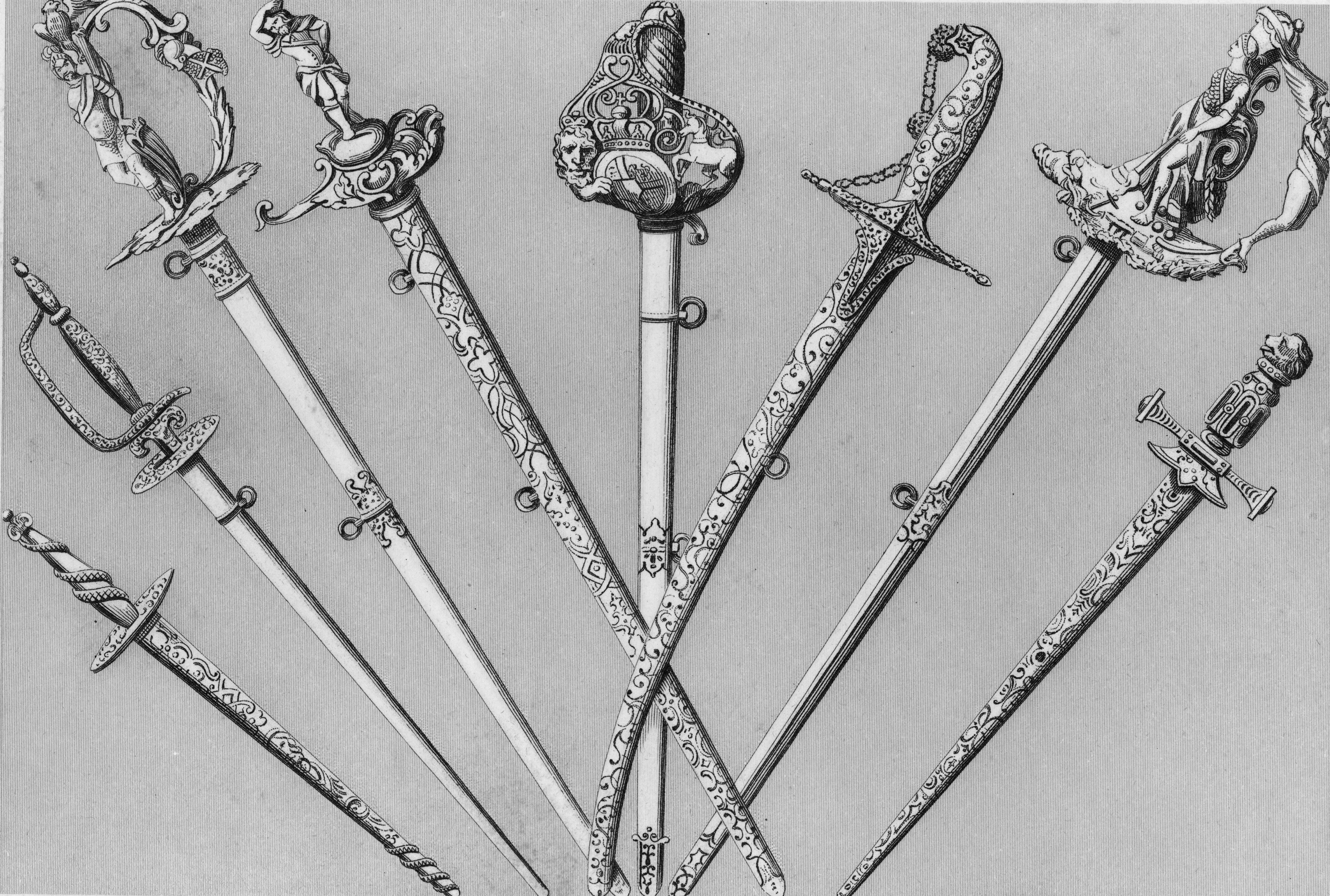 The most ubiquitous and iconic pre-gunpowder weapons, swords have come in countless different forms and styles around the world. An evolution of daggers, early swords date back at least to around 3300 BC, at the beginning of the Bronze Age. They remained in military service long after the invention of firearms and are still widely used ceremonially. 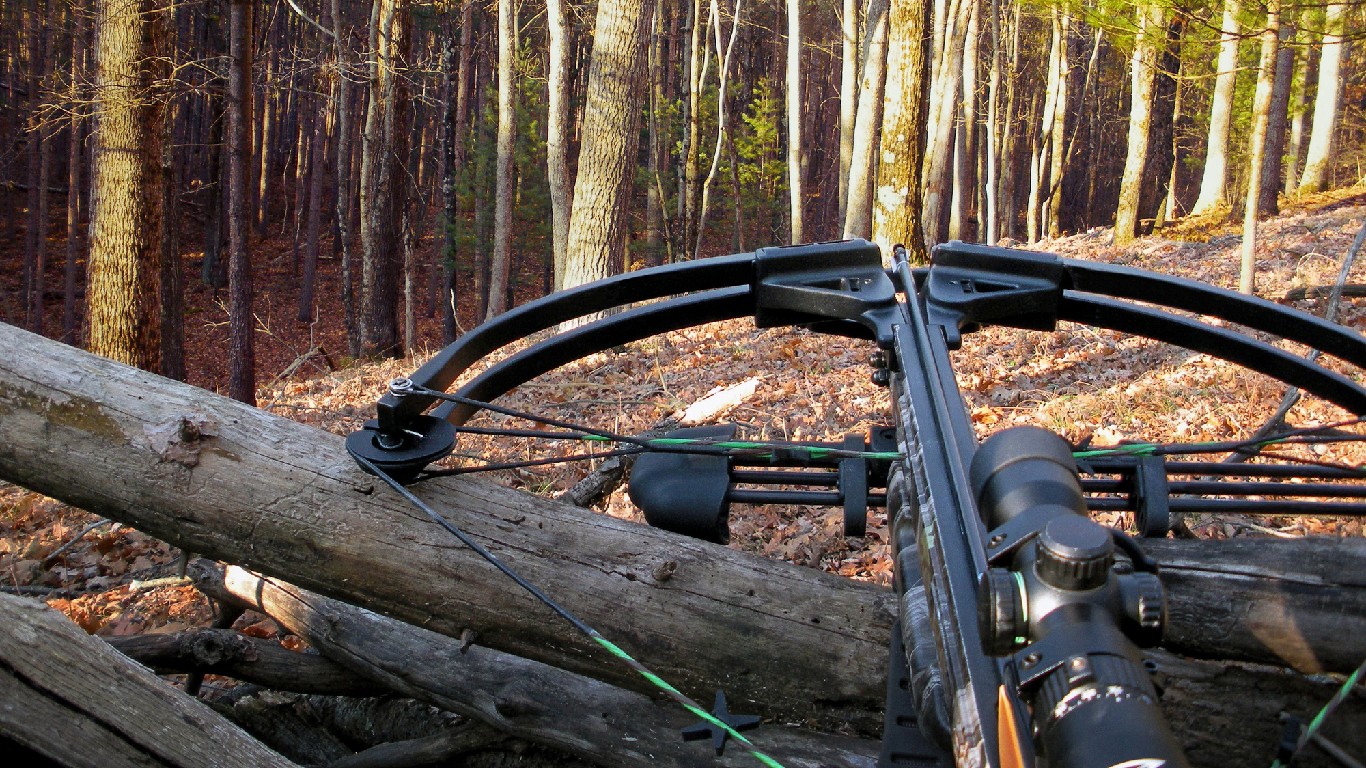 First seen in East Asia, crossbows applied many of the principals of bows while allowing users to harness more power and accuracy. They were easier to operate than conventional bows, so took considerably less training to be used effectively.

24/7 Wall St.
How Many Guns Americans Bought this Year in Every State 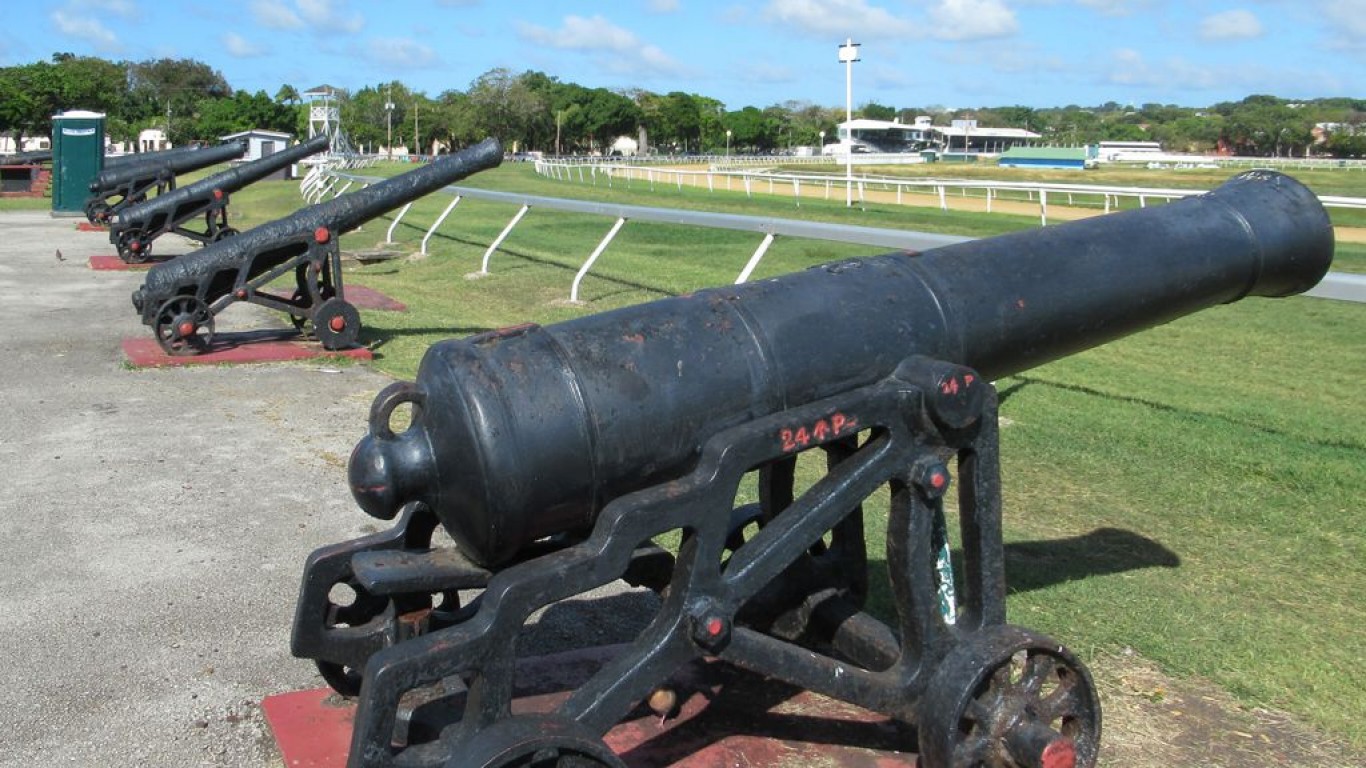 The rise of cannons changed warfare on land and sea. Fortifications were forced to adapt to siege from cannon fire and in turn arm themselves with these powerful weapons. Cannons in this time period were often difficult to maneuver and not very accurate. However, they did massive damage if they found their mark. 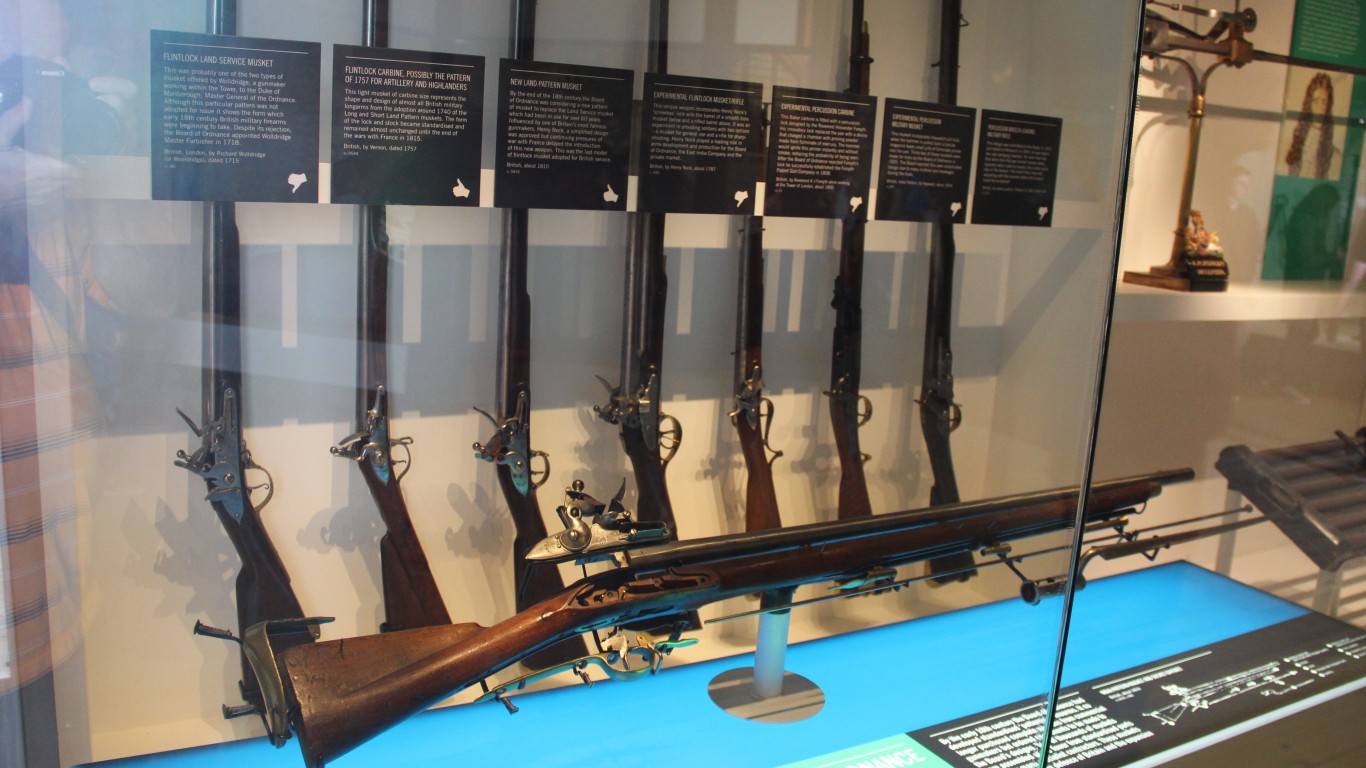 Flintlocks are front-loading firearms that use flint to ignite gunpowder. It replaced guns with other firing mechanisms in the 17th century. While not the most accurate, flintlocks could be effective if fired in large numbers. The weapon stayed popular until midway through the 19th century. 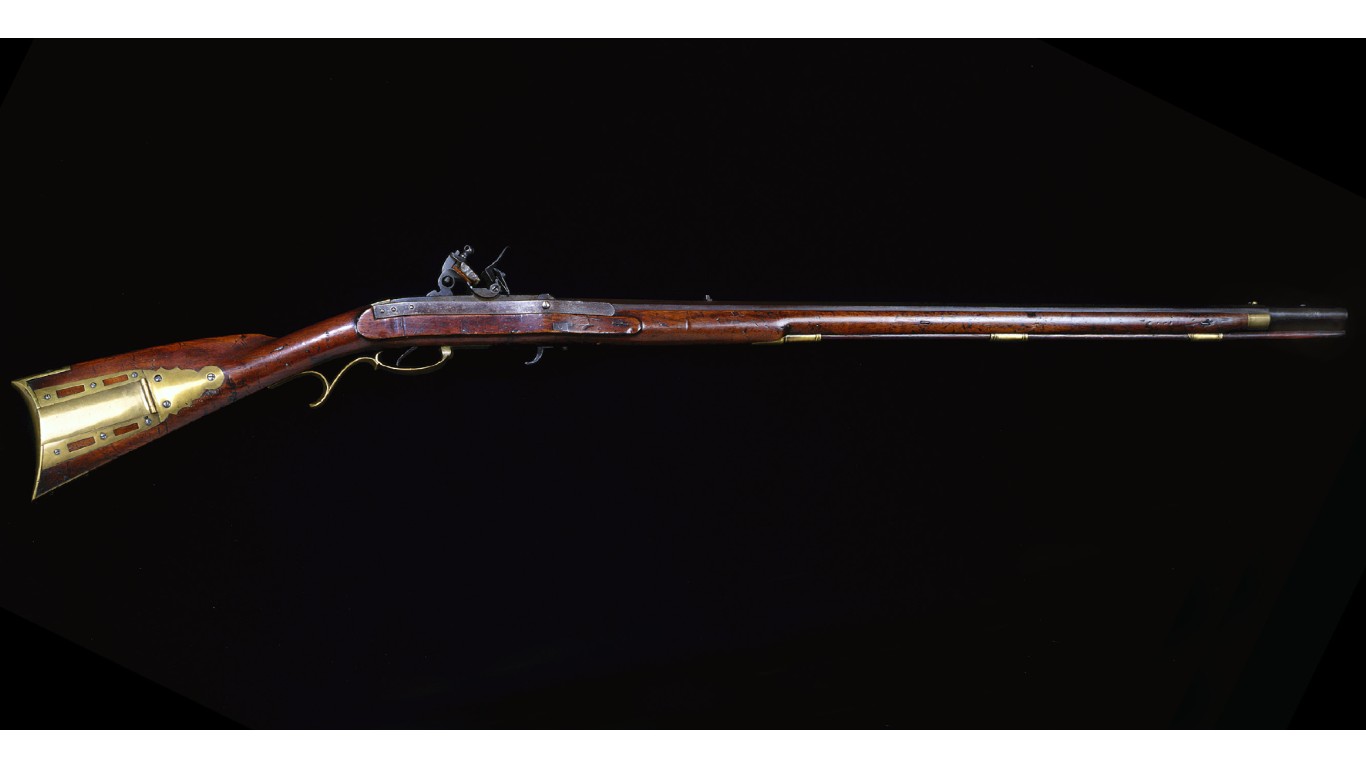 Breech-loading firearms took off in the 19th century with the advancement of the precision machinery needed to make them effective. These firearms are loaded from the rear instead of the front of the gun. This method is much faster and safer and is used in almost all modern weapons. Combined with their rifling — the spiraling of the inside of the barrel for accuracy — breech-loading rifles were far more lethal and effective than muskets.