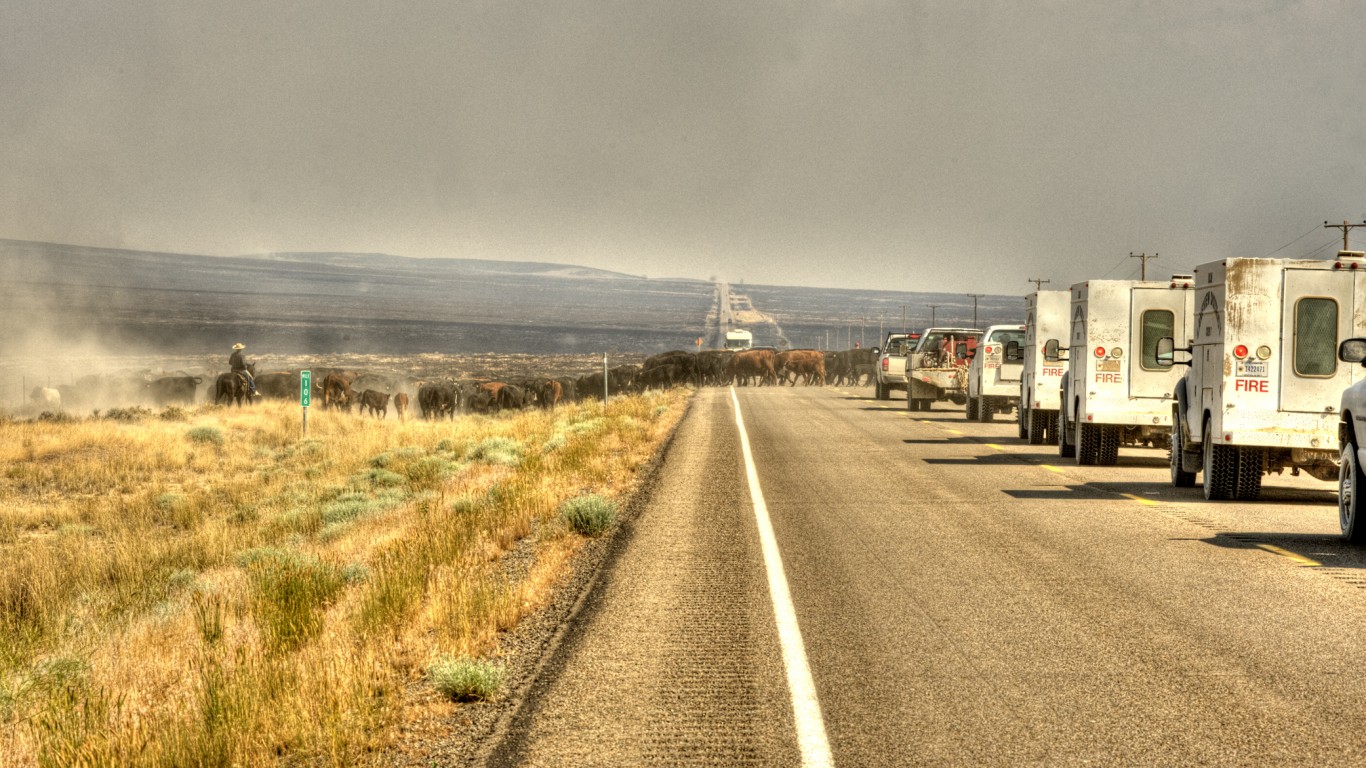 Lightning strike was the contributing factor in the Long Draw Fire that began on July 8, 2012, southwest of Burns Junction, Oregon, in the southeastern part of the state. By the time the blaze was contained on July 16, the fire had consumed about 558,000 acres, land that had been used for foraging by livestock and as a habitat for wildlife. 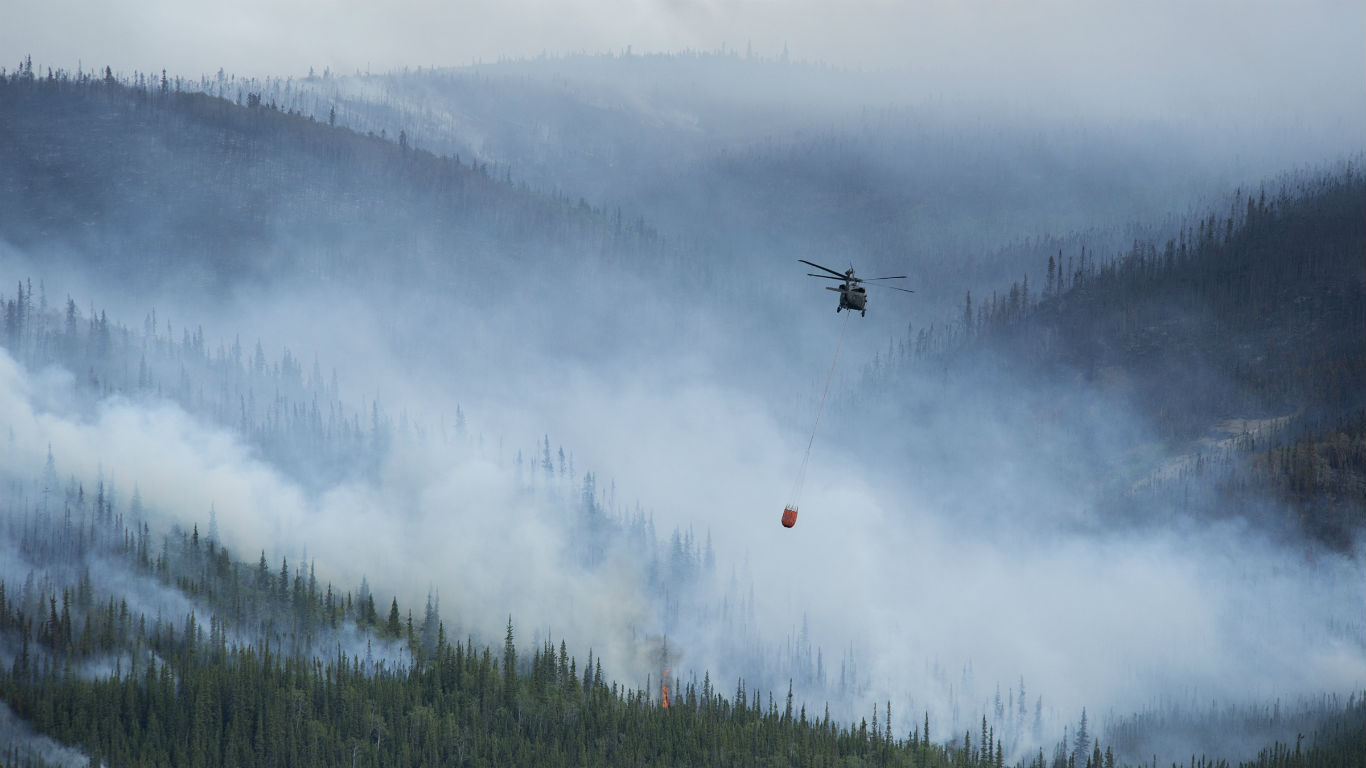 A spike in lightning strikes was the main cause of the Central Complex Fire in central Alaska that burned almost 575,000 acres in June and July of 2004. This fire was one of several blazes that ravaged Alaska in the summer of 2004.

24/7 Wall St.
Countries That Suffer the Most From Extreme Weather Events 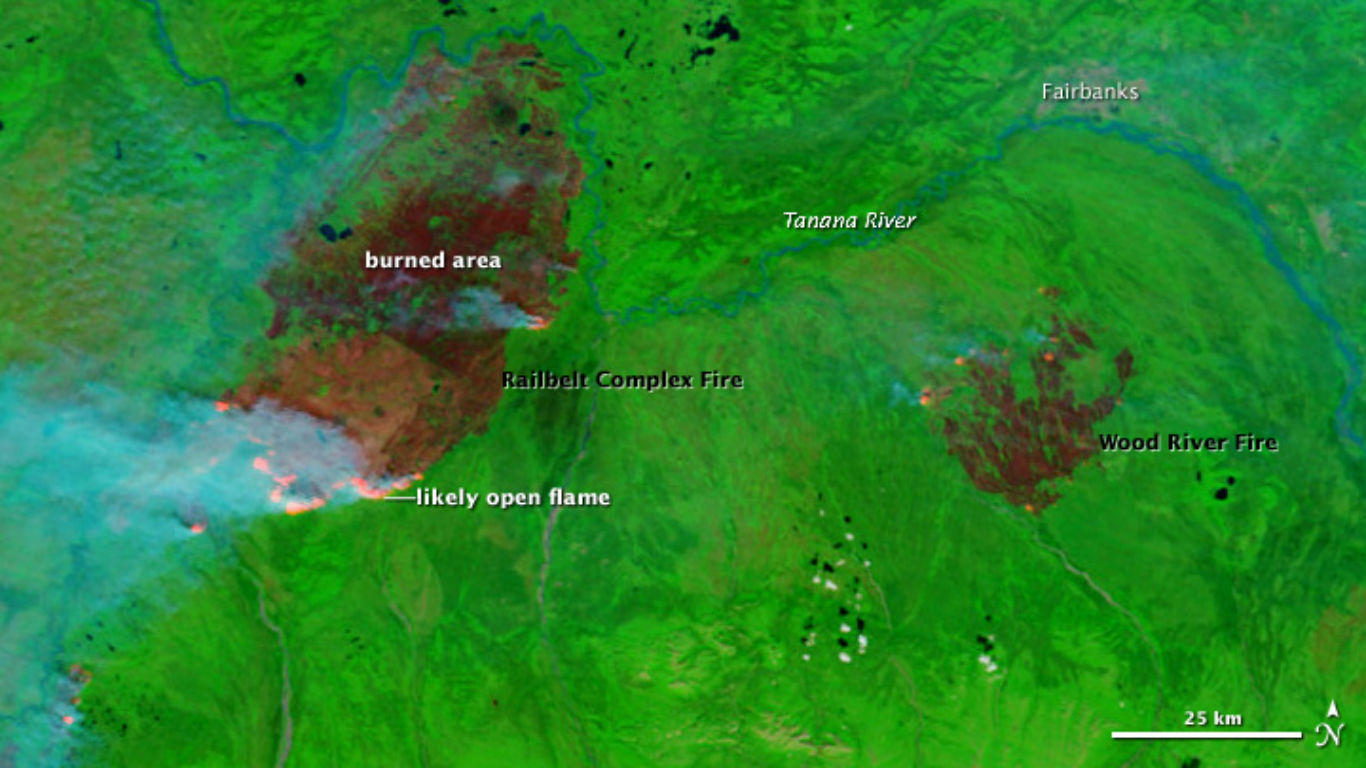 Source: Courtesy of NASA via nasa.gov

The Railbelt Complex Fire began in July 2009, when firefighters conducted a controlled burn in an area 45 miles southwest of Fairbanks. Part of the controlled fire spread on to private land, and four landowners filed a lawsuit asking for $100,000 for compensation. They also alleged “negligence and intentional misconduct” after the fire re-ignited, stoked by windy and dry weather and a lack of rainfall. In 2014, the Alaska State Supreme Court ruled that the landowners may be eligible for compensation. 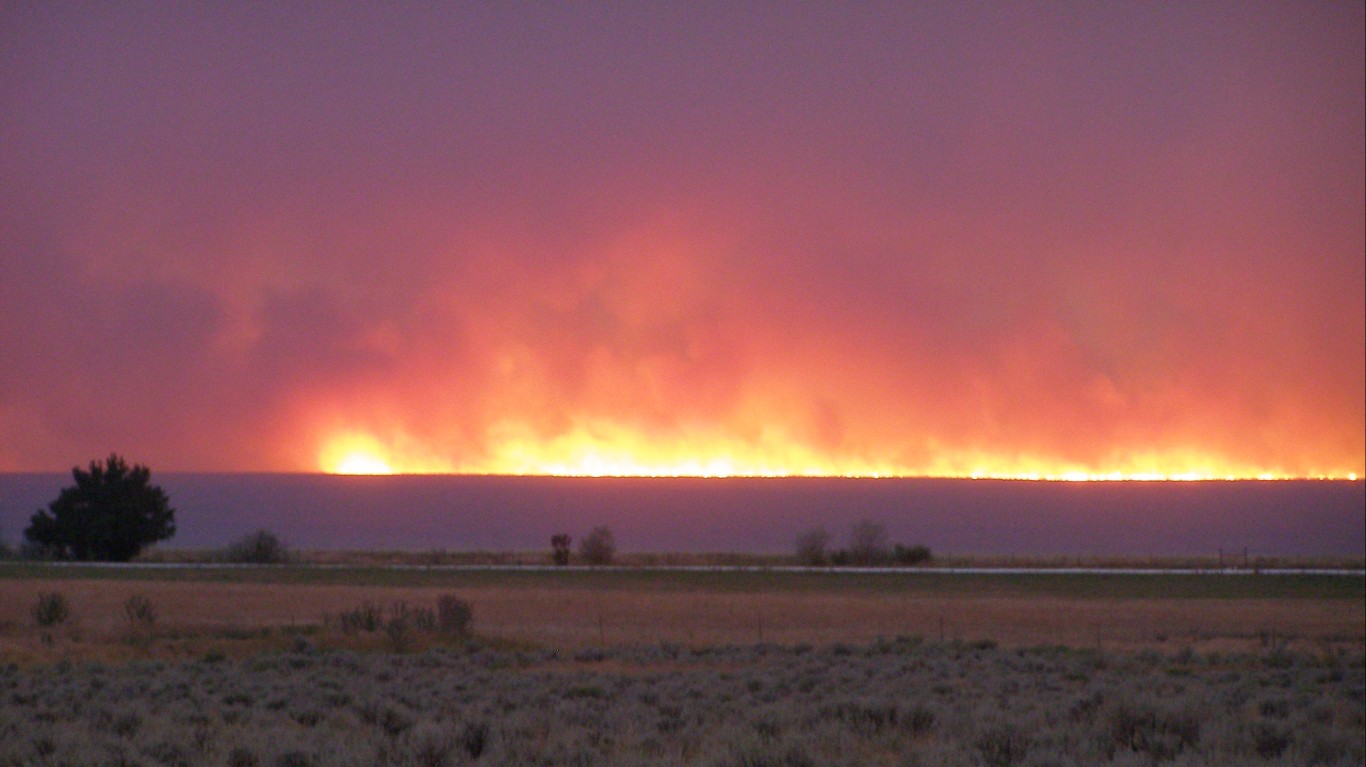 The Murphy Complex Fire in July 2007 burned more than 650,000 acres in southern Idaho and was one of the worst fires in the state’s history, drawing comparisons to the notorious “Big Burn” fire of 1910 that destroyed 3 million acres in the Northwest. 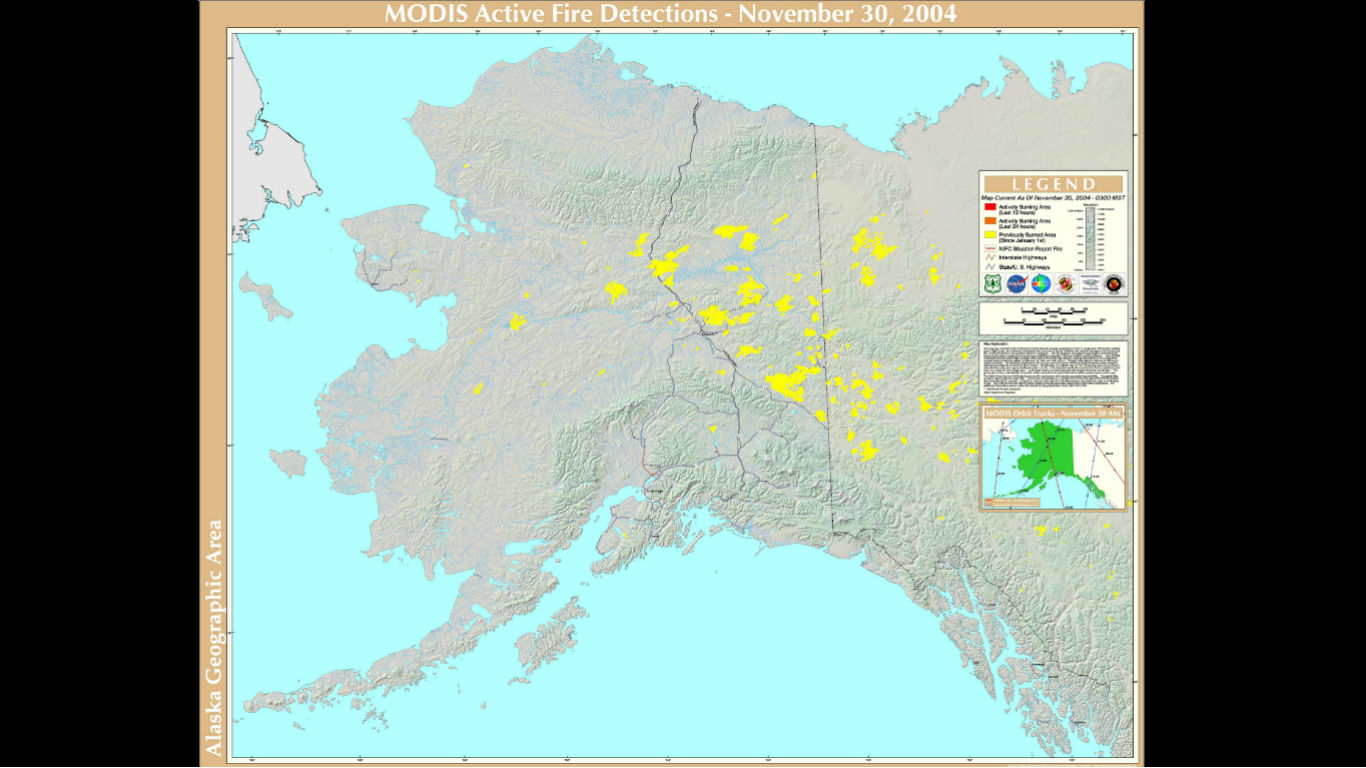 2004 was a year to forget in Alaska, as wildfires consumed much of that state’s forest and grassland. Among the worst was the Eagle Complex Fire, near the border of Canada, where more than 660,000 acres burned in the summer of 2004. The cause of the fires was lightning strikes. High gusts and dry heat were also contributing factors to the wildfires.

States Hit by the Most Weather Disasters in the Last Decade