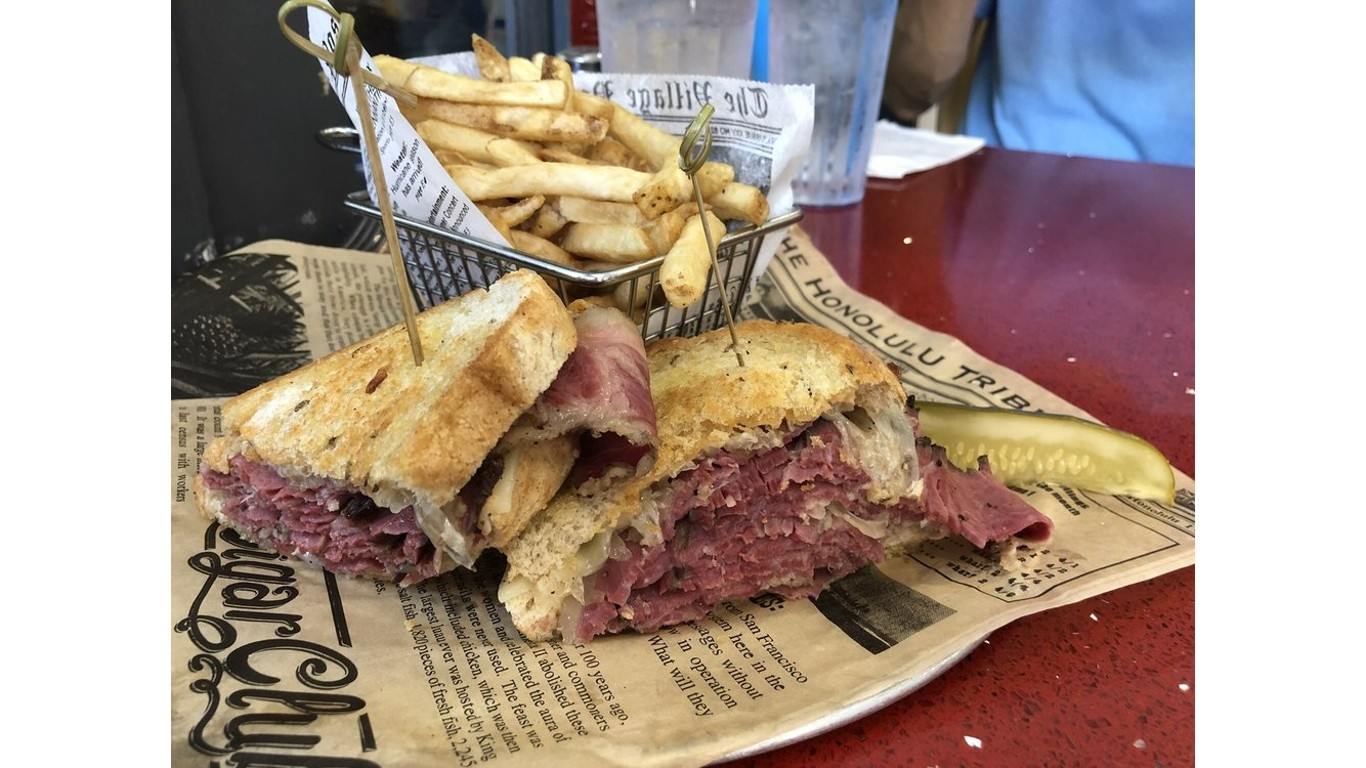 We’ve all been there: strolling along Honolulu’s Waikiki Beach at sunset, when suddenly the insatiable urge to eat a pastrami Reuben hits. CJ’s to the rescue! Founded in 2003 by Robert and Suzan Bach and named after their children, Chelsea and Jeremy, CJ’s is a New York-style deli with a Hawaiian twist. Traditional NYC specialties include bagels and lox, matzo ball soup, hot pastrami and corned beef sandwich sandwiches, Reubens, and cheesecake. But this is Hawaii, after all, so don’t miss the loco moco made with a half-pound Black Angus Harris Ranch burger patty (also the foundation for their spectacular burgers), coconut haupia French toast, and their famous kalua pig Reuben, truly a mashup for the ages. 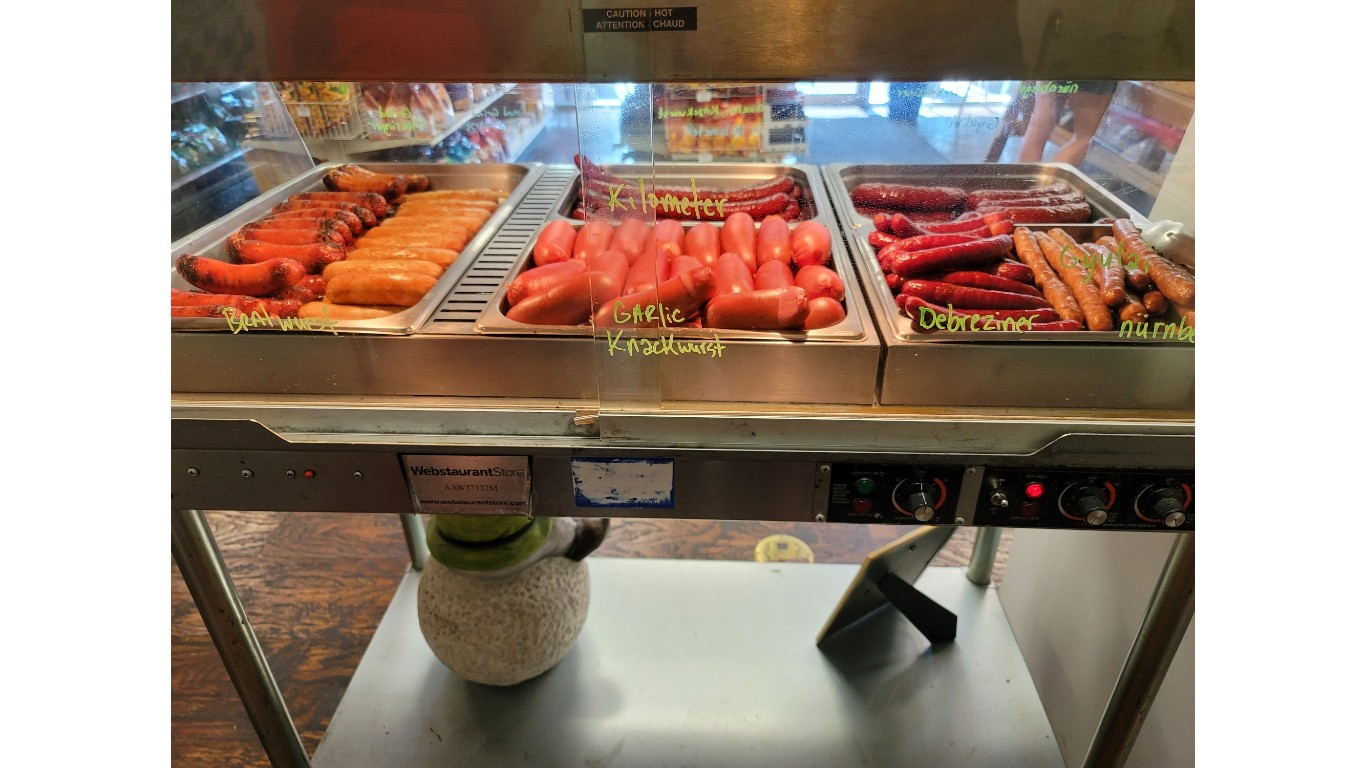 As the name implies, Boise’s Das Alpenhaus is a classic Italian deli. Just kidding. It’s of course German, the only German deli in the region. Founder Jamie Webster was raised in a German family and spent time living in Thüringen, and along with his friend Greg Hanson they’re bringing a taste of the Alps to Boise. There’s no set menu; instead, daily items are written on a chalkboard and specials change daily and are cooked to order. Expect to find bratwurst on a crusty German roll, pork schnitzel sandwiches, currywurst, and giant pretzels with housemade Obatzda cheese. Friday night dinner specials include käsespätzle with ham, sauerbraten, and chicken schnitzel with potato dumplings and gravy. 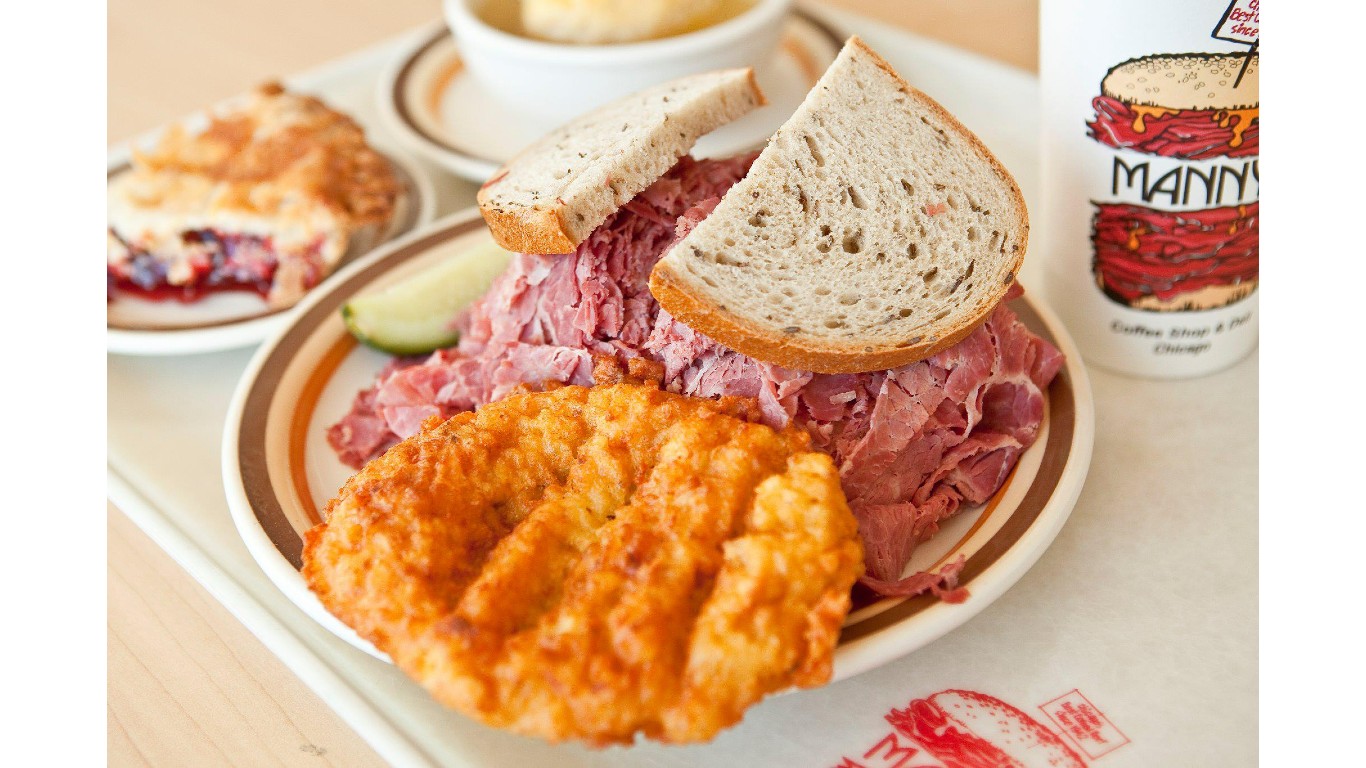 A Chicago fixture since 1942, Manny’s is one of the last of a dying breed: cafeteria-style delis where you grab a tray, get in line, order from the counter, pay, and take a seat to eat. The experience is certainly old-fashioned, and so is the menu of Jewish deli staples made according to recipes that haven’t changed in decades. The deli sandwiches are massive and overflowing with corned beef, brisket, hard salami, and fresh-roasted turkey. Daily specials include beef stew and noodle kugel on Sundays and chop suey (!) and kasha and noodles on Thursdays. And daily dinner specials include roast beef, baked whitefish, and meatloaf. This is old-school dining at its finest, and a Chicago must-visit. 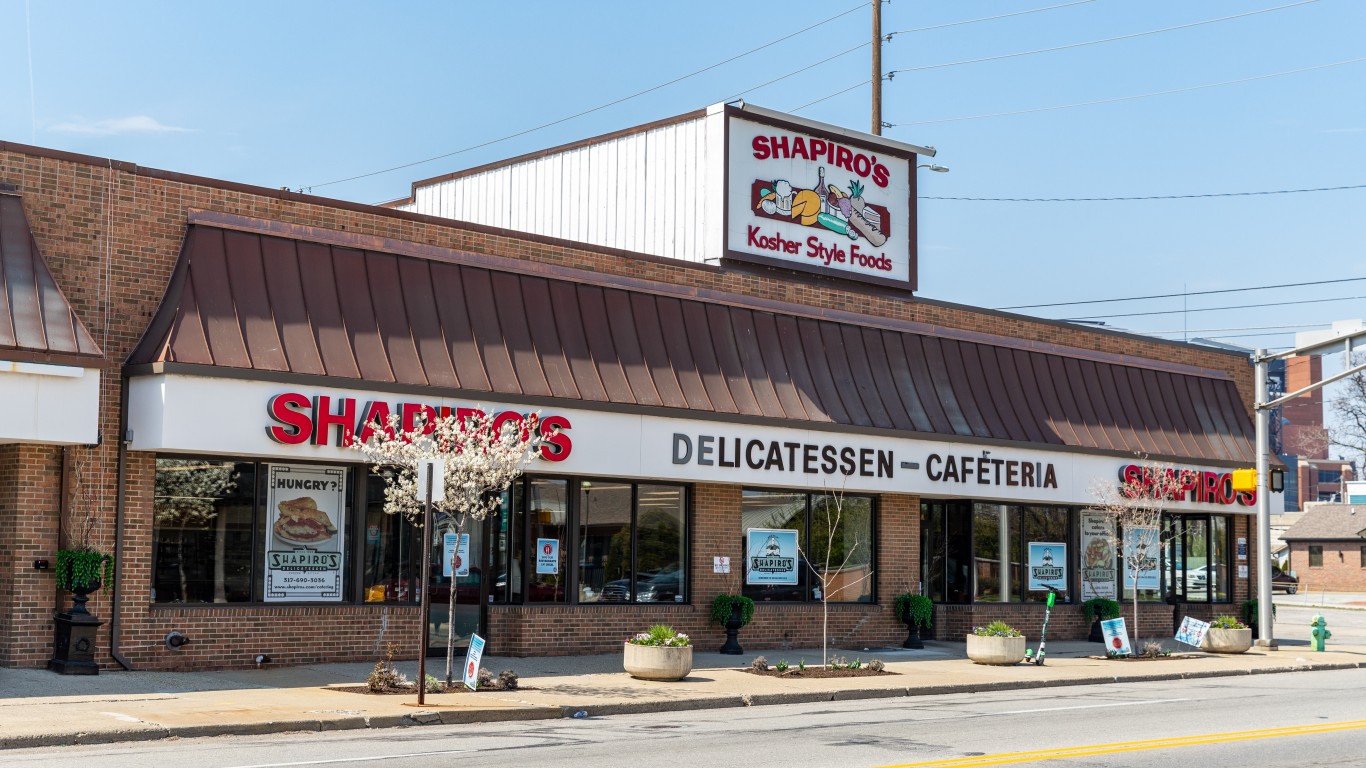 If a restaurant’s been going strong since 1905, you know it’s good. And in Indianapolis, Shapiro’s has been serving Jewish deli fare for four generations of the Shapiro family. You don’t see menu items like chopped steak, Swiss steak with gravy, stuffed cabbage, and pineapple upside down cake too often these days, but at Shapiro’s they’re timeless standbys. The most famous menu item is their signature peppered beef sandwich, made with beef round that’s been cured, peppered, smoked, and seasoned with a touch of sugar and paprika. 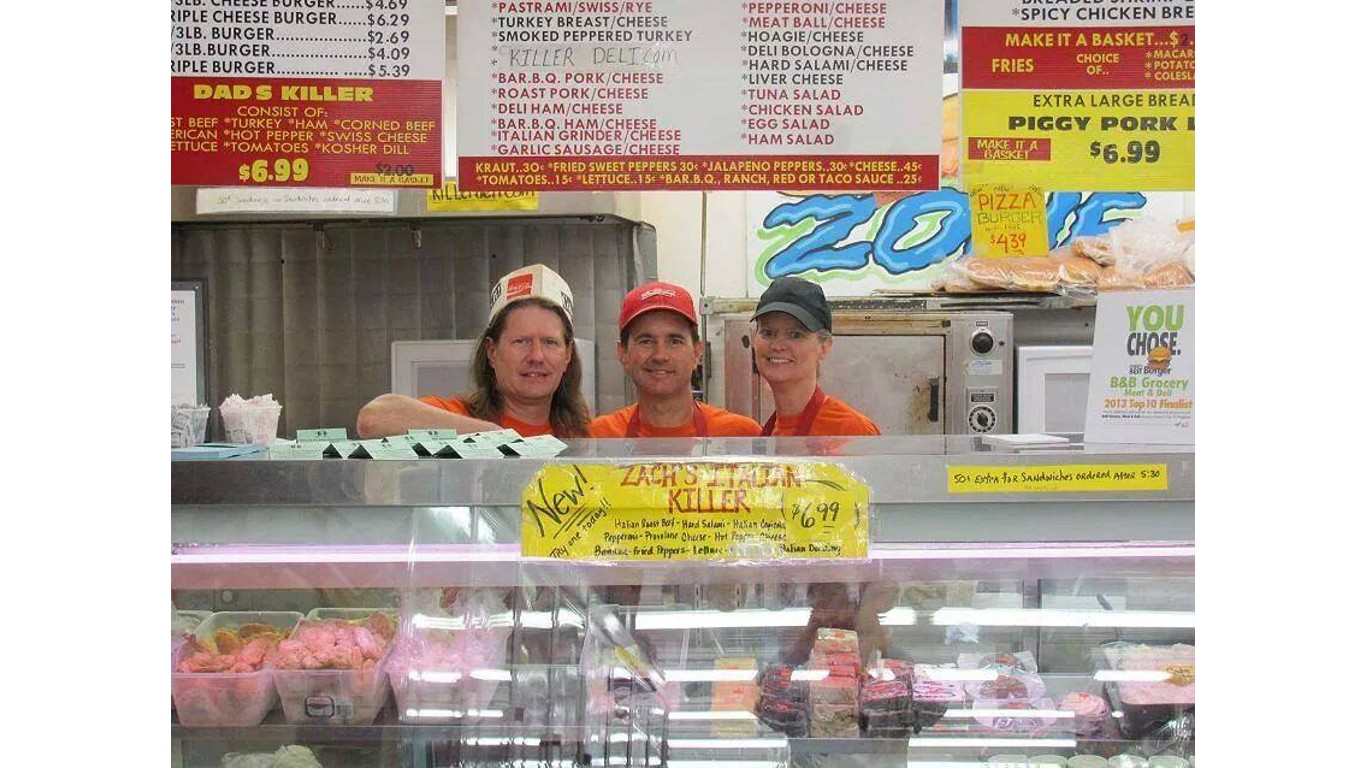 B&B is about as old-school as it gets. The storefront itself looks like it was plucked right out of the ’60s, with the only nod to the present being a sign proclaiming the place “Home of the KILLER SANDWICHES.” In fact, it’s been family owned and operated since John Brooks opened it way back in 1922. It’s a full-service butcher shop and grocery, but as the sign implies, the sandwiches are spectacular. Their pork tenderloin sandwiches are available in three sizes and are some of the best in the state, their burgers are top-notch, and their iconic “Dad’s Killer” sandwich (roast beef, turkey breast, smoked ham, corned beef, pepper cheese, Swiss cheese, American cheese, lettuce, tomatoes, kosher pickles, mustard, Miracle Whip, and Italian dressing on an Italian hoagie roll) was voted the city’s best deli sandwich by Des Moines Register readers.