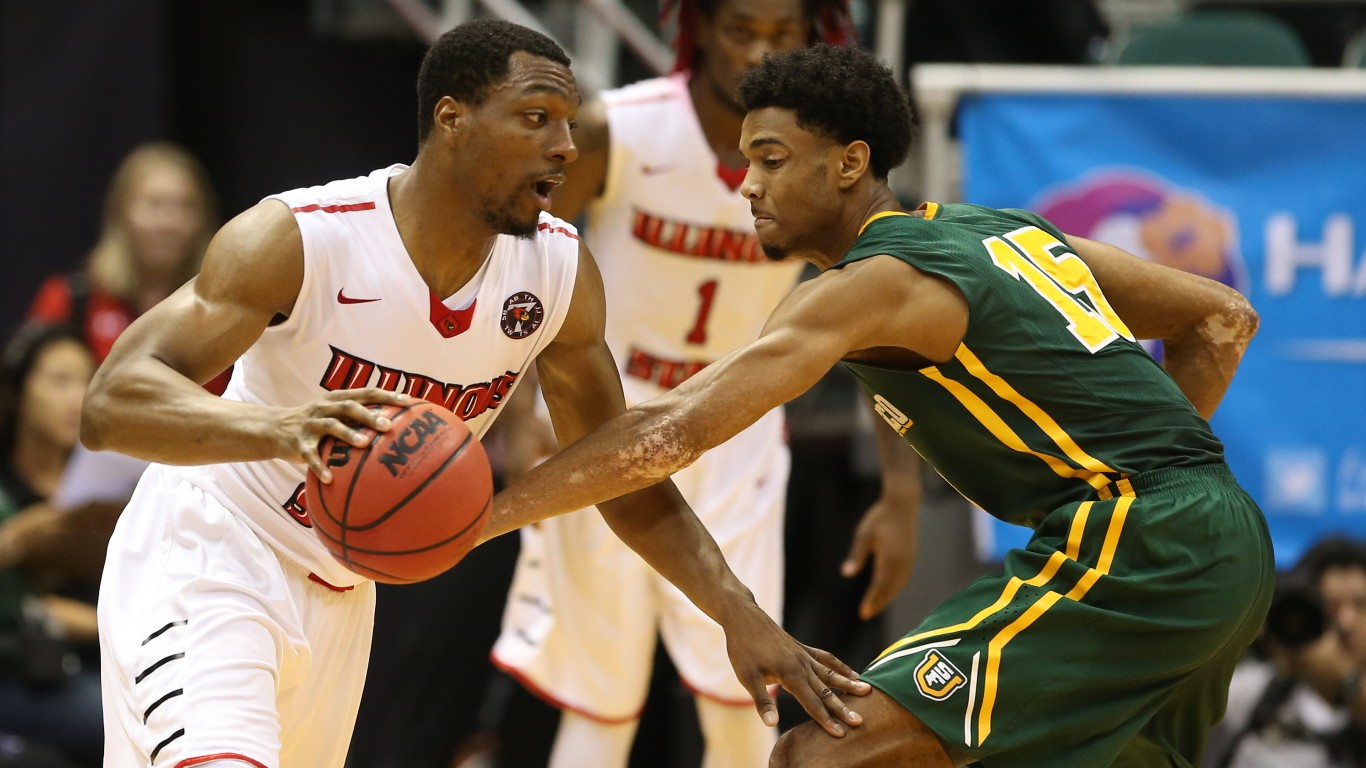 San Francisco won two consecutive NCAA Tournament championships in the 1950s, thanks to the legendary duo of K.C. Jones and Bill Russell. In both seasons, Russell averaged more than 20 points and 20 rebounds per game, and Jones chipped in 10 points per game as well. The pair would go on to win eight NBA titles together with the Boston Celtics. The school’s basketball program frequently made the NCAA Tournament in subsequent years but has fallen off in recent years, making the Big Dance only once since 1982. 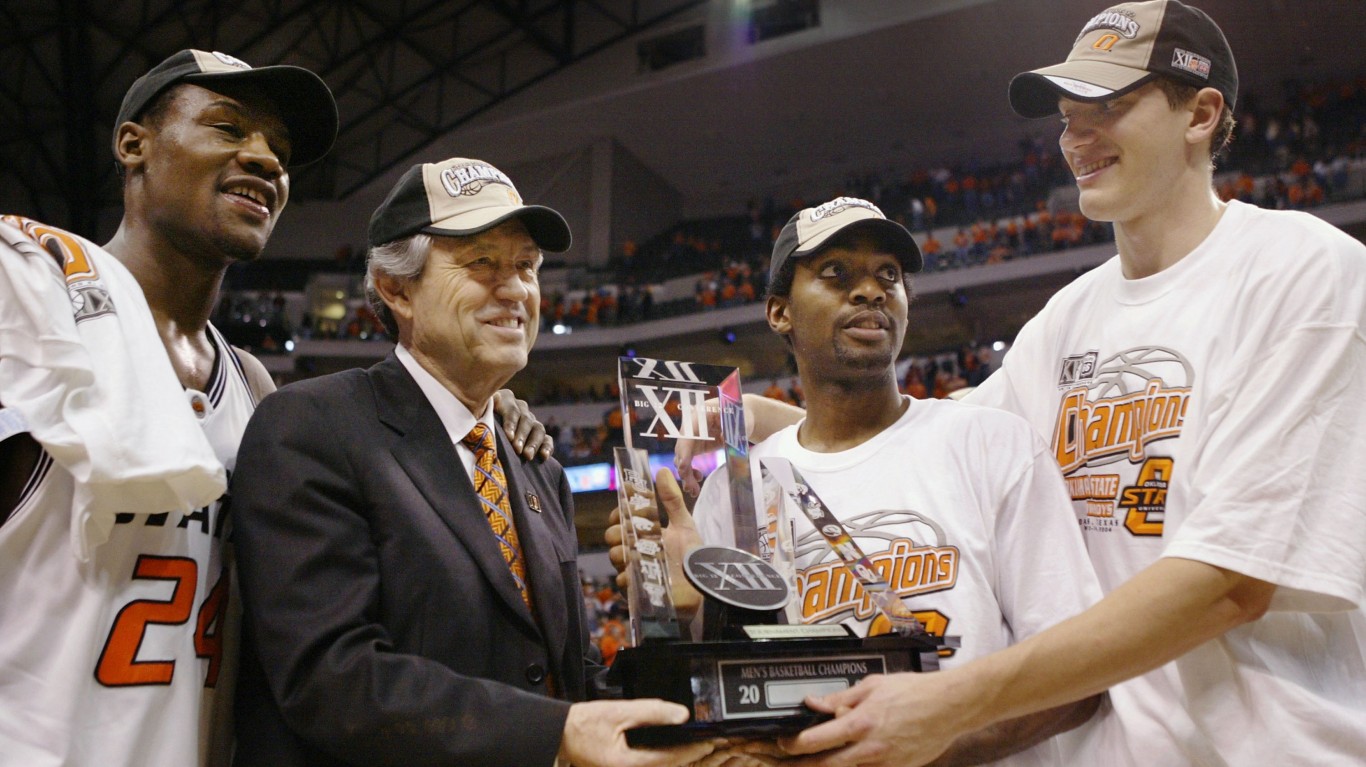 Oklahoma State became the first school to win multiple NCAA Tournament titles, finishing as champions in back-to-back seasons in 1945 and 1946. These titles came in the early days of the tournament, at a point when it was considered less prestigious than the National Invitation Tournament, the sport’s top competition at the time.

24/7 Wall St.
The Greatest Sports Movies of All Time 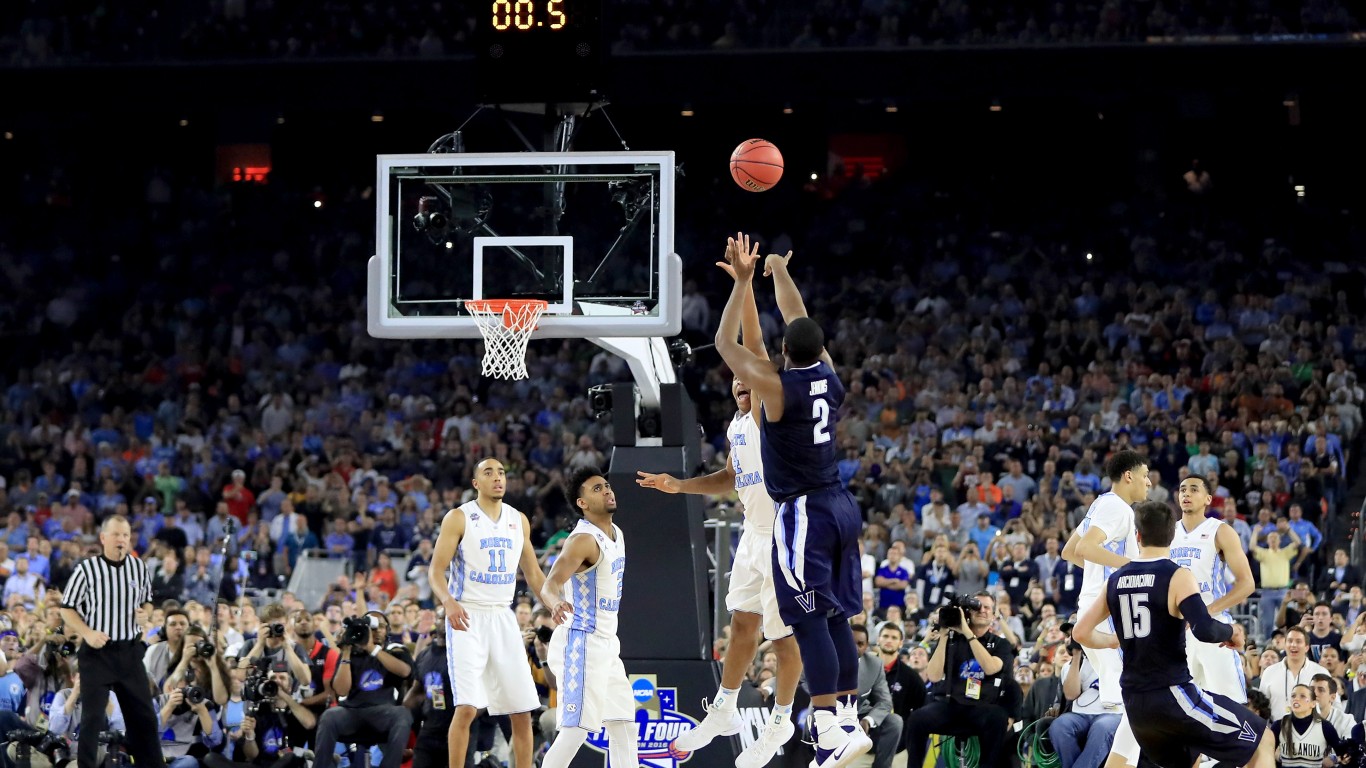 The 1985 Villanova Wildcats are the most improbable NCAA Tournament winners in history, winning the title as an eight seed – the lowest seeded team that has ever won the championship. That team defeated two one seeds and a pair of two seeds to earn the title. More recently, head coach Jay Wright transformed Villanova into a basketball powerhouse, winning the championship in 2016 and 2018. The Wildcats have only missed the tournament once since 2004. 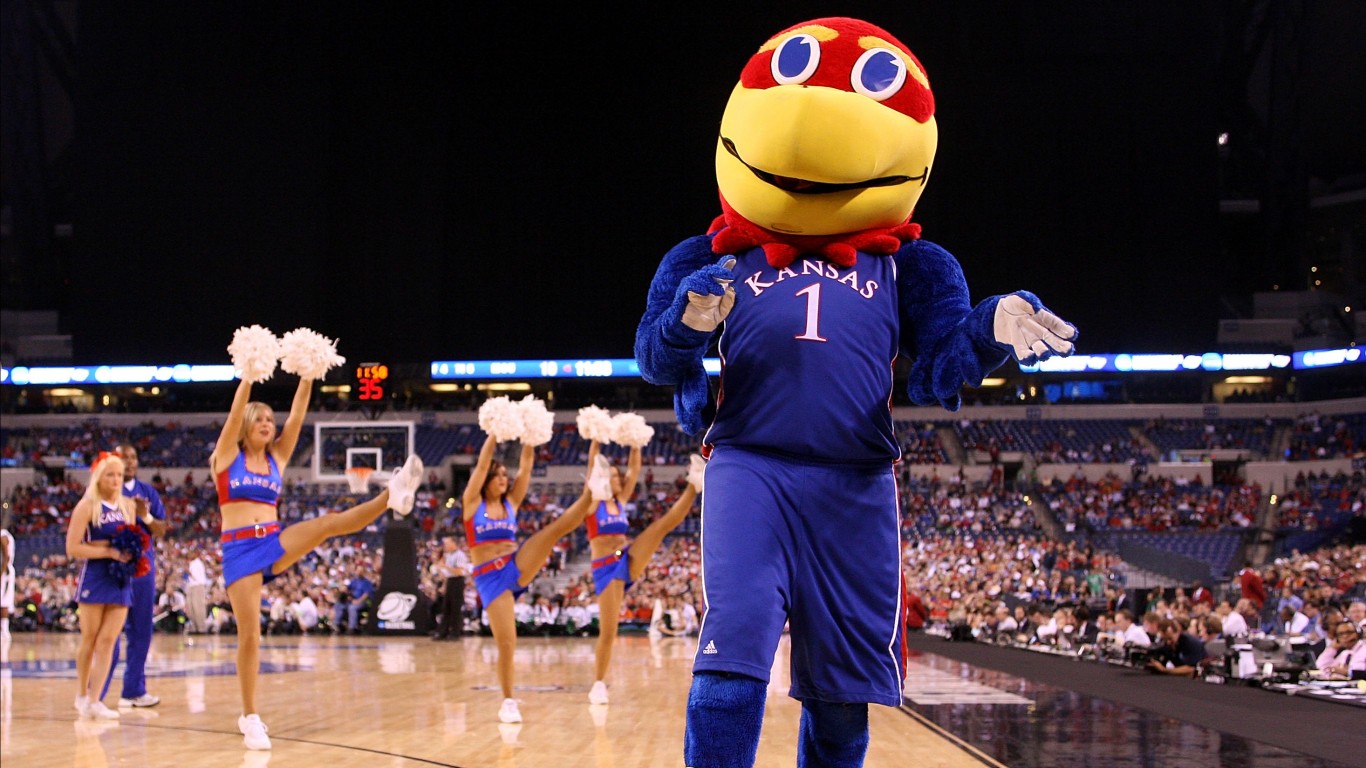 Kansas is one of the most storied basketball schools there is – the college’s first basketball coach, James Naismith, invented the sport. Unlike many of the schools on this list, Kansas has never been able to establish a basketball dynasty, as their three championships in school history were all won decades apart. The first title came in 1952 under legendary coach Phog Allen. In 1988, the team won it all as a six seed under coach Larry Brown. Most recently, Mario Chalmers propelled the 2008 Jayhawks to their third NCAA title. 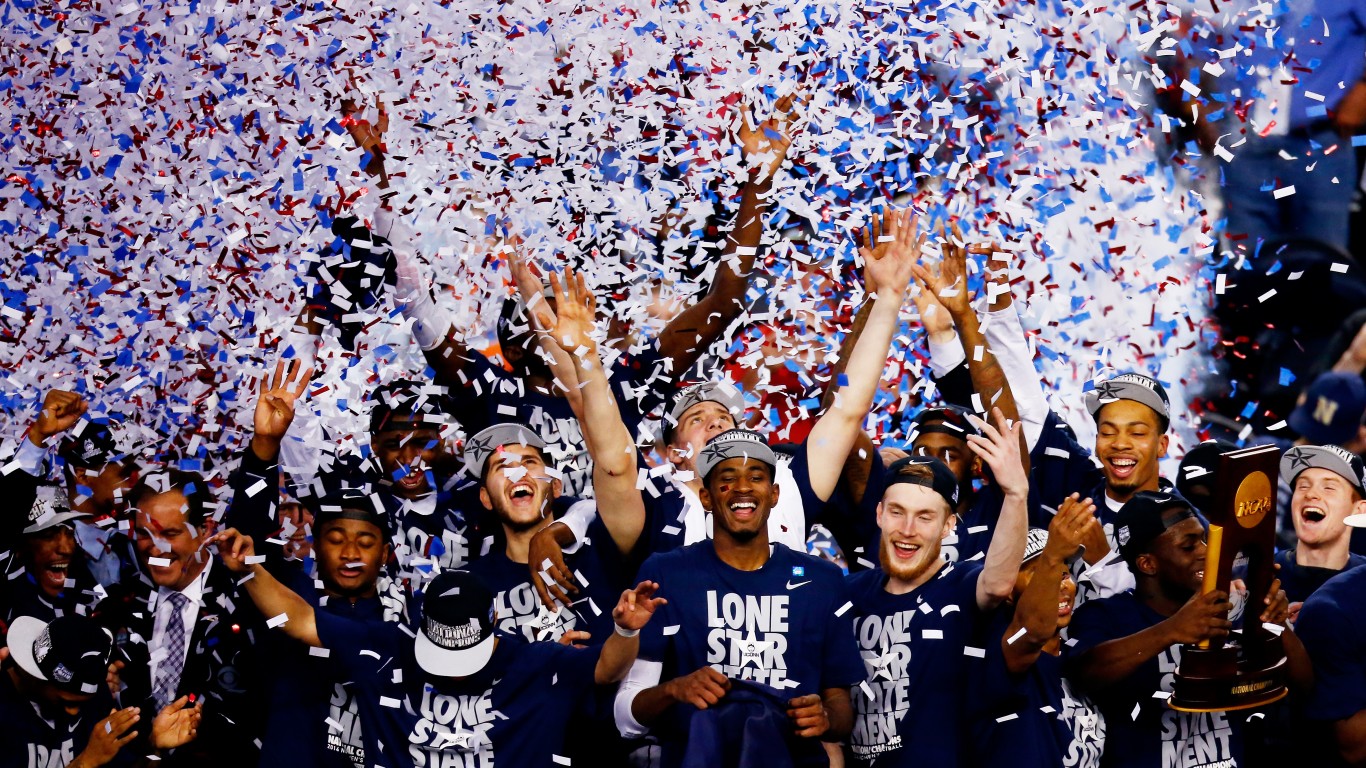 Before the arrival of coach Jim Calhoun in 1986, the University of Connecticut had little basketball history. After his arrival, the Huskies made several deep runs in the tournament, finally culminating in a championship in 1999. Calhoun led teams to championships in 2004 and 2011, before retiring after the 2012 season. His successor, Kevin Ollie, led the Huskies on one of the more improbable runs in 2014, winning the national championship as a seven seed.