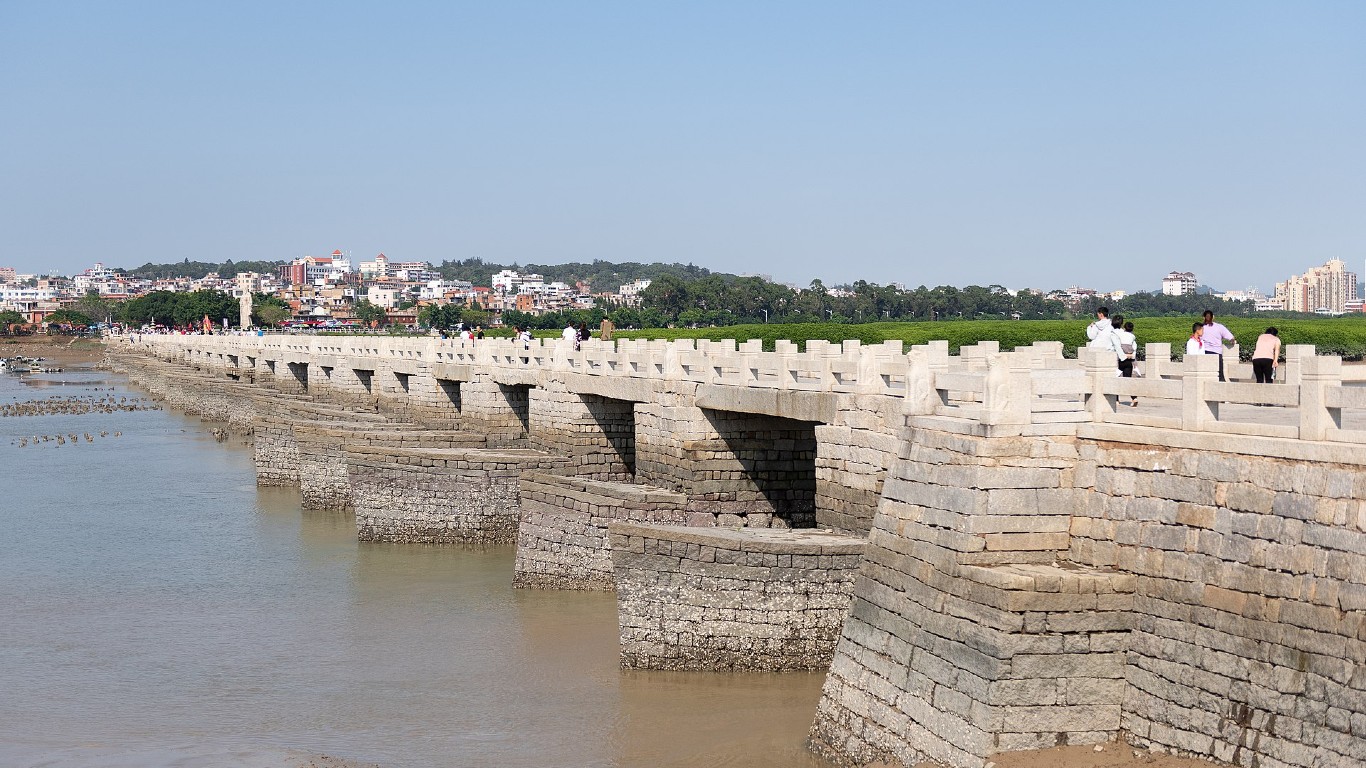 Luoyang Bridge, another of the four famous ancient bridges in China, crosses over the Luoyang River where it meets the sea. Emperor Xuanzong named the bridge after Luoyang City, which is not near the bridge, because the landscape reminded him of Luoyang City, a former dynastic capital. It took six years to complete the original 3,940-foot granite span in 1059. The bridge has 44 piers, 104 stone lions, and seven stone towers. Chinese engineers thought of an ingenious method to reinforce the bridge’s foundation. The Chinese used the liquid secreted from oysters as a bonding agent for the piers and the footstones. 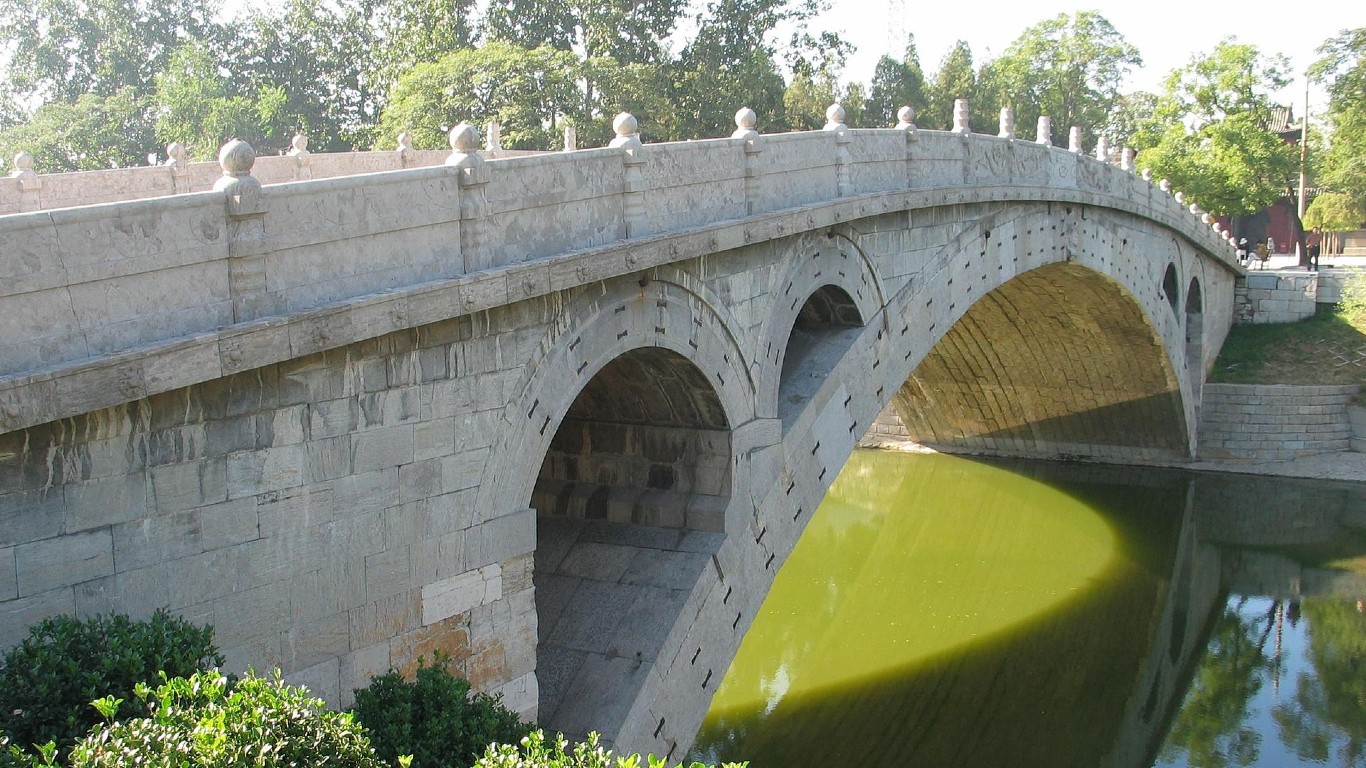 Anji Bridge, or Zhaozhou Bridge, is another of the four famous ancient Chinese bridges. Anji translates to “safe crossing.” The span crosses the Xiao River and is China’s oldest standing bridge, as well as the world’s oldest open-spandrel arch bridge. The bridge was built during the Sui dynasty by architect and stonemason Li Chun. The bridge is constructed with 28 curved limestone slabs. The bridge’s four spandrels have allowed the span to effectively manage the stress of flooding. 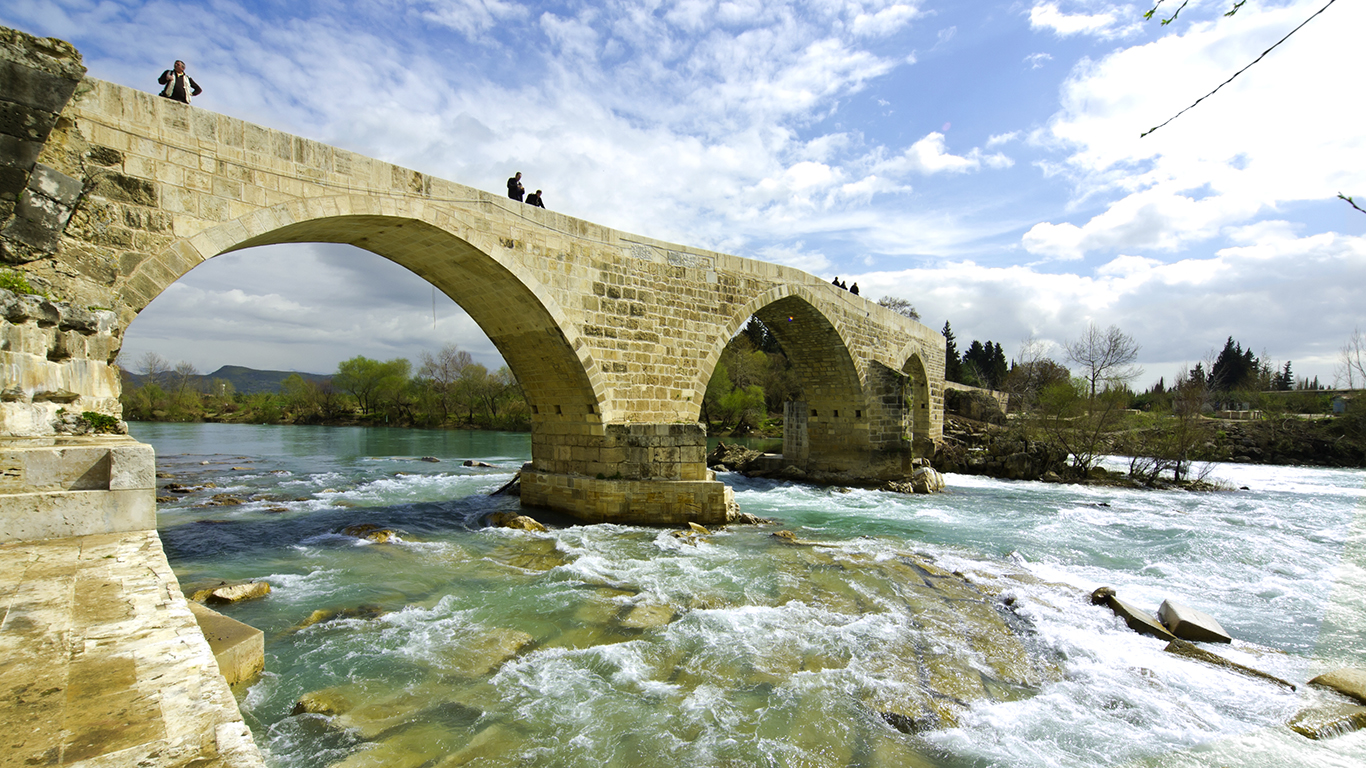 Called Oluk Köprü today, this span is located over the Köprülü Canyon in Turkey. The bridge stands over the Köprüçay River, which was called Eurymedon in ancient times. The span remains as a key link between the Mediterranean coast and the interior of Turkey. The span is just 11 feet wide, placing limitations on vehicles that can cross it. Much of the bridge was destroyed in an earthquake, and in the 13th century, Sultan Alâeddin Keykûbad ordered that a new bridge be built on the remains of the ancient Roman structure. 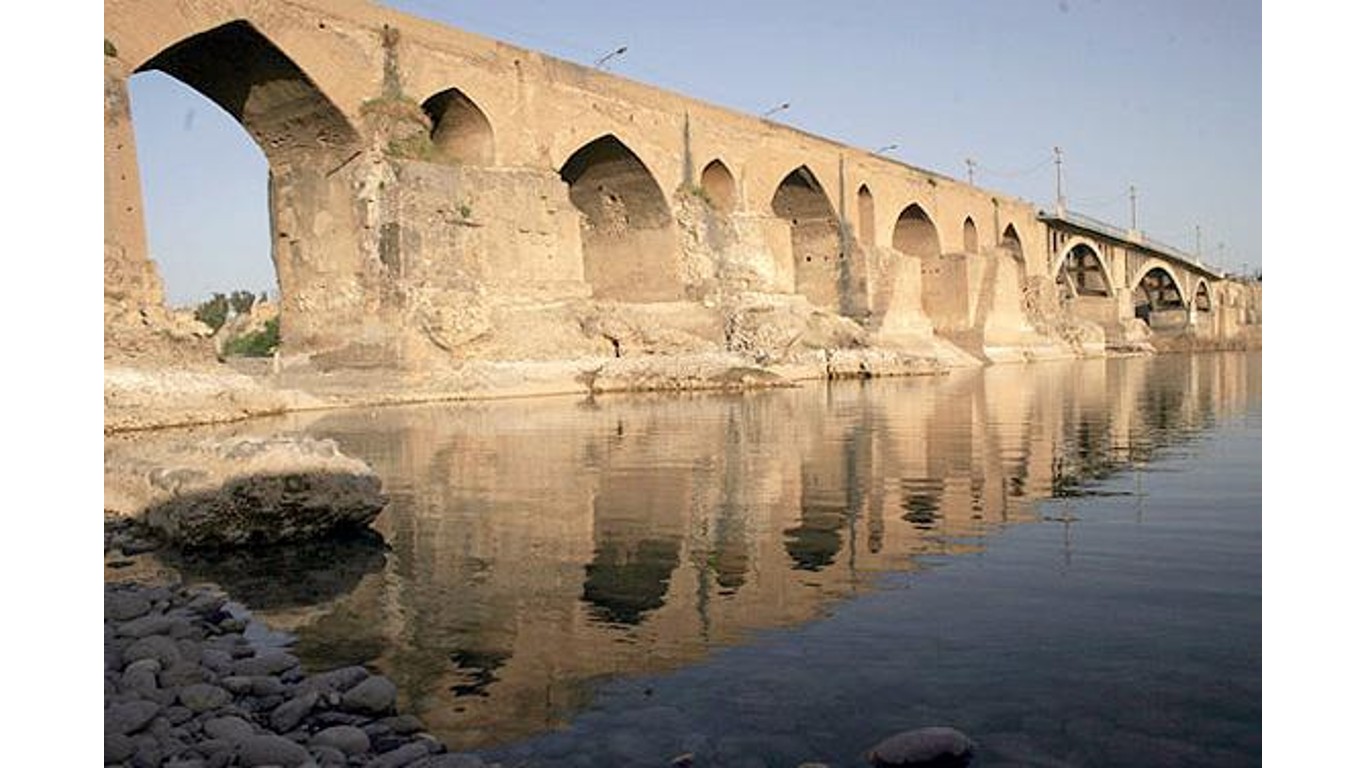 The Dezful Bridge in southern Iran, built by 70,000 Roman prisoners of war, is one of the iconic landmarks in the Middle Eastern nation. The Romans became prisoners after the Sassanid King Shapur I the Great defeated them at the Battle of Edessa in 260 AD in Turkey. The monarch knew of the Romans’ building prowess, and put them to work on many projects in his kingdom, including the construction of the Dezful Bridge. The span is comprised of stone, mortar and baked clay and has 14 original arches. The Dezful Bridge is under consideration as a UNESCO World Heritage Site. 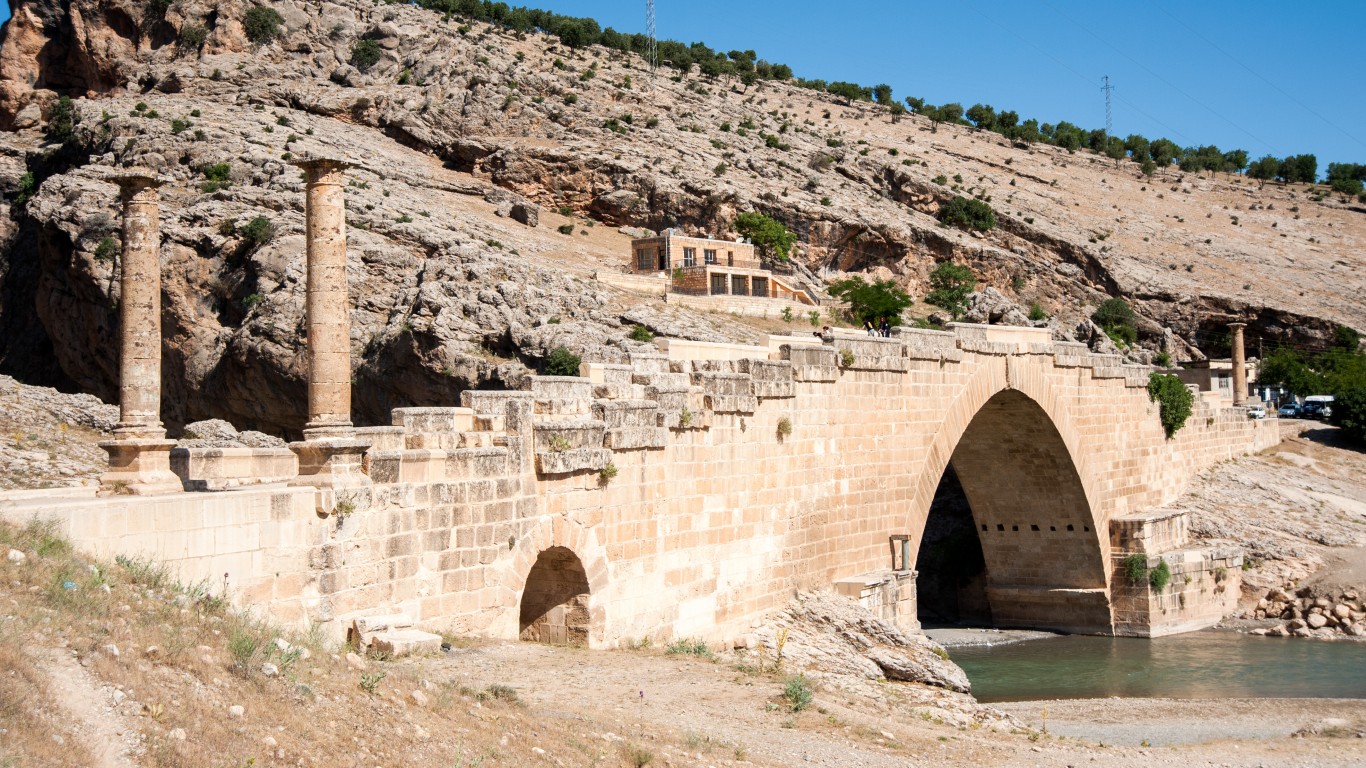 The Cendere Bridge, also known as Severan Bridge or Septimius Severus Bridge, was built by Romans near the ancient city of Arsameia in southeastern Turkey. Four Corinthian style columns were added to the bridge in honor of Emperor Lucius Septimius Severus, his wife and two sons. The Cendere Bridge is now apart of one of the most important national parks in Turkey, which is a UNESCO World Heritage Site.