The Most Iconic Food From Every State 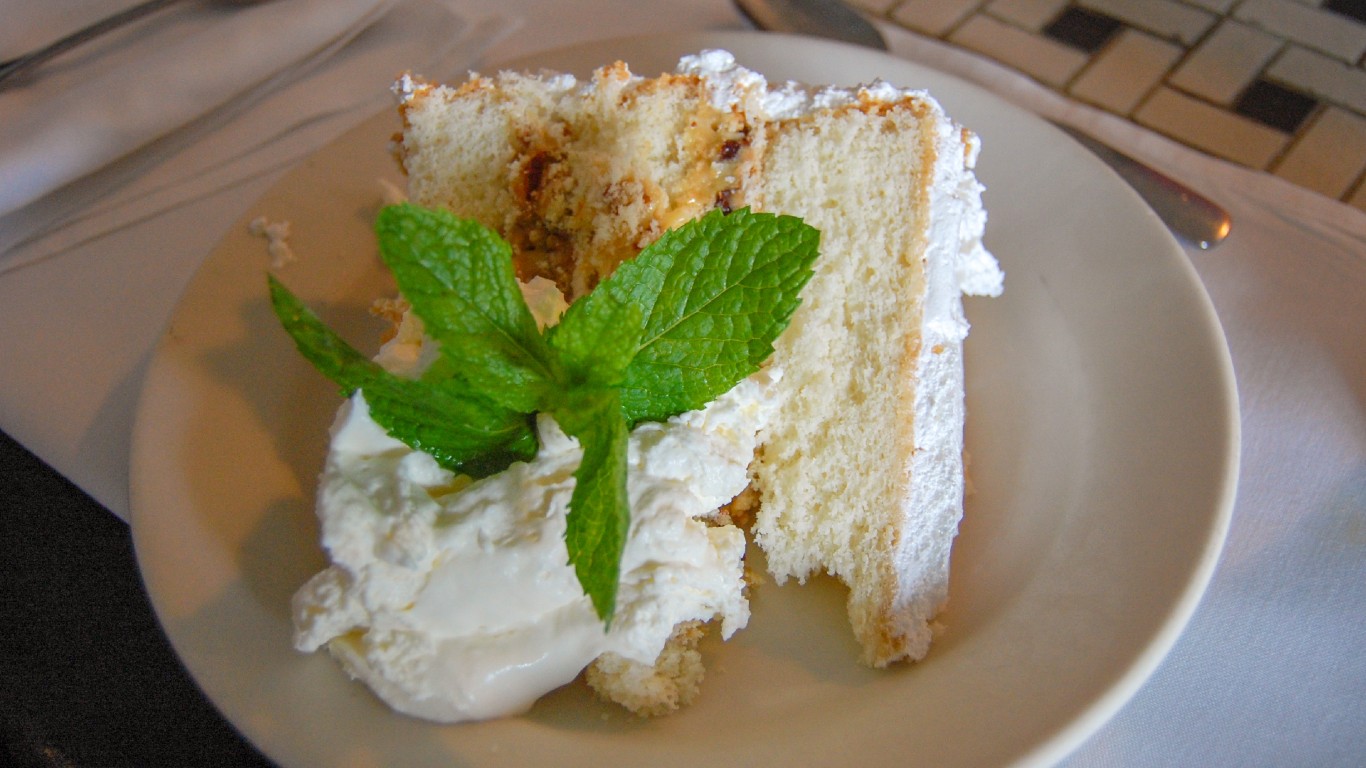 Invented by Alabama native Emma Rylander Lane and popularized in her 1898 cookbook, “A Few Good Things to Eat,” Lane Cake is typically made with at least three layers of sponge cake separated by a filling that usually includes pecans, raisins, and shredded coconut soaked in liquor (usually brandy or bourbon). It’s a popular dessert at weddings and festivities throughout the South, but is most commonly associated with its birth state. 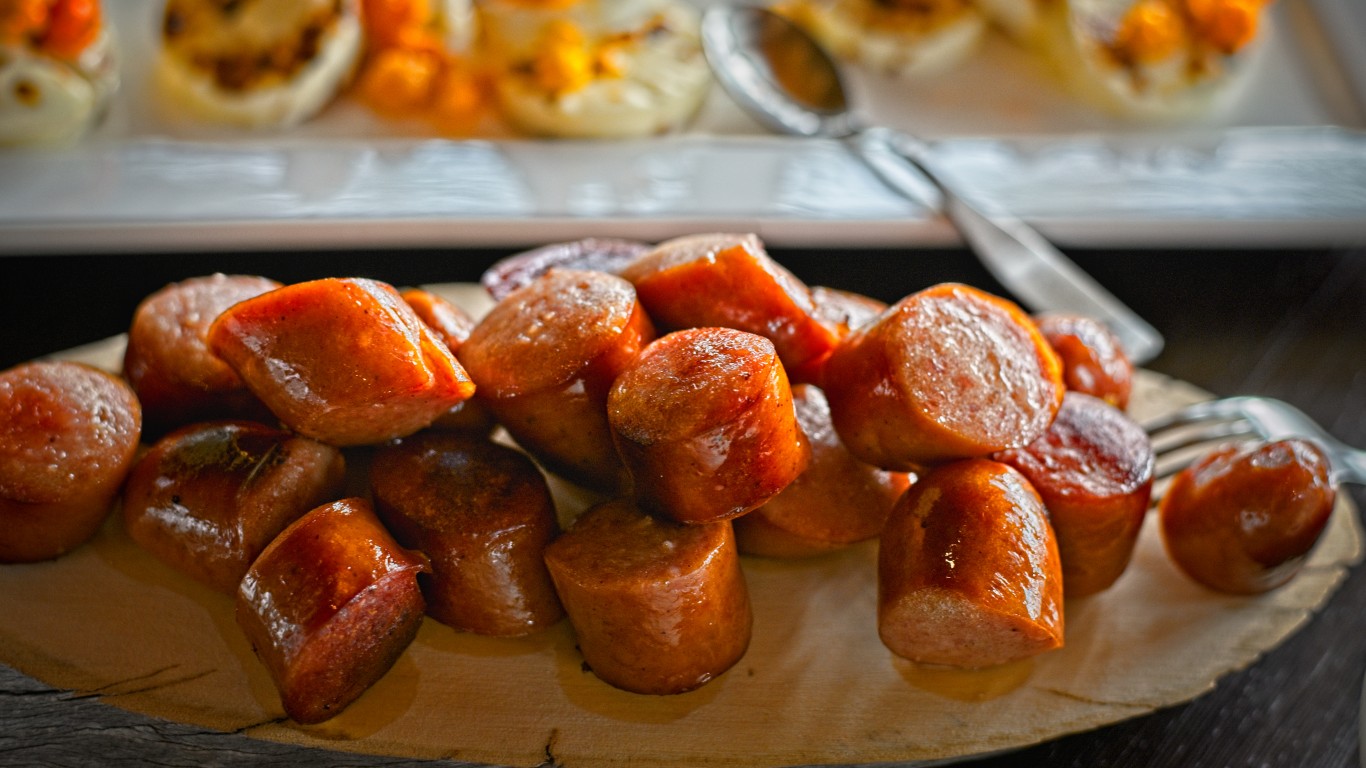 Sausage is ubiquitous the world over, but nowhere else in the U.S. can you find honest-to-goodness reindeer sausage. Reindeer were introduced to Alaska by missionary Sheldon Jackson in the early 1890s as an alternate food source for indigenous Inuits. Today, almost everybody eats the meat, usually in sausage form, where it’s usually combined with pork, beef, or both (as with most lean game meat-based sausage), along with seasonings before being smoked. 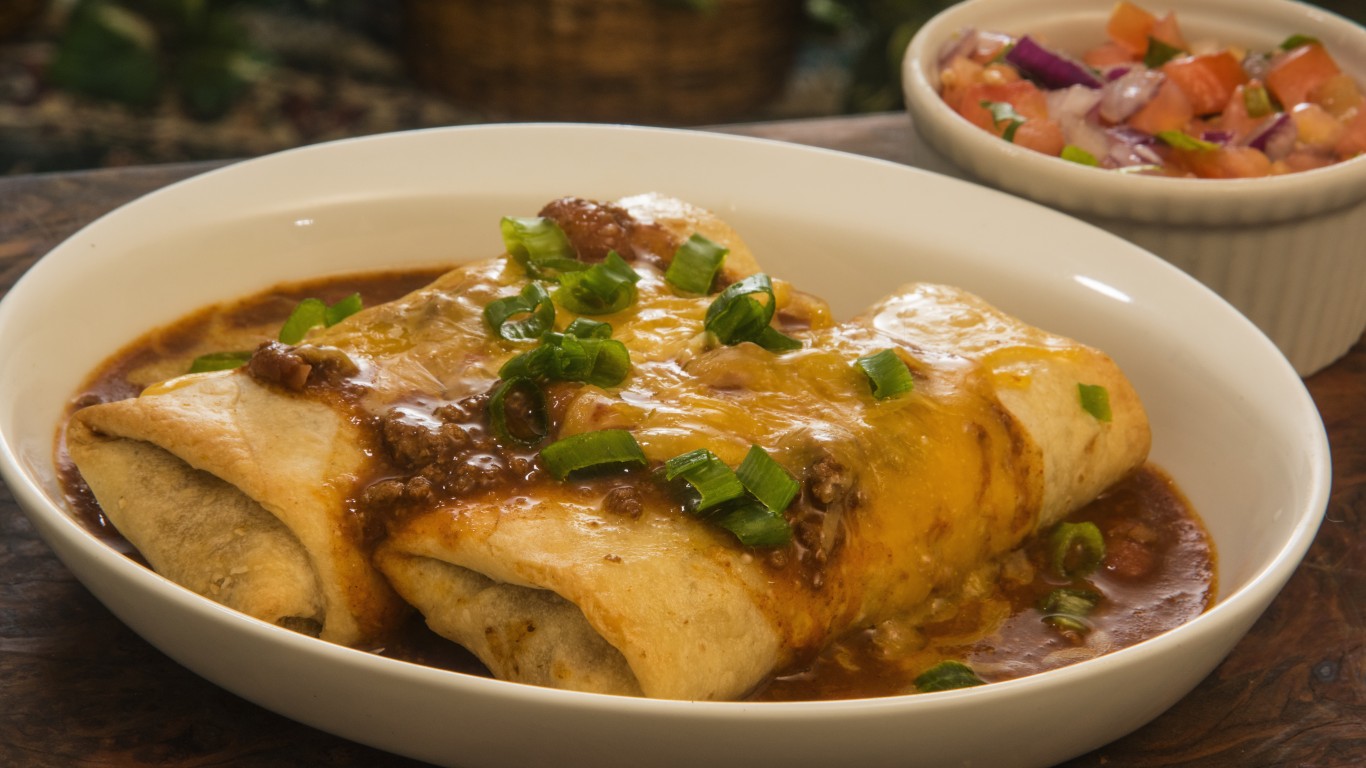 An iconic dish of the Southwest, especially Arizona, the chimichanga is a burrito that’s been deep-fried. Legend has it that it was invented by Monica Flin, the owner of a Tucson restaurant named El Charro, after she accidentally dropped a burrito into a deep-fryer. She gave it a Mexican Spanish word for “thingamajig,” and the dish’s popularity took off from there. Chimichangas are usually smaller than their Mission-style counterparts, and are typically topped with salsa and sour cream after frying. 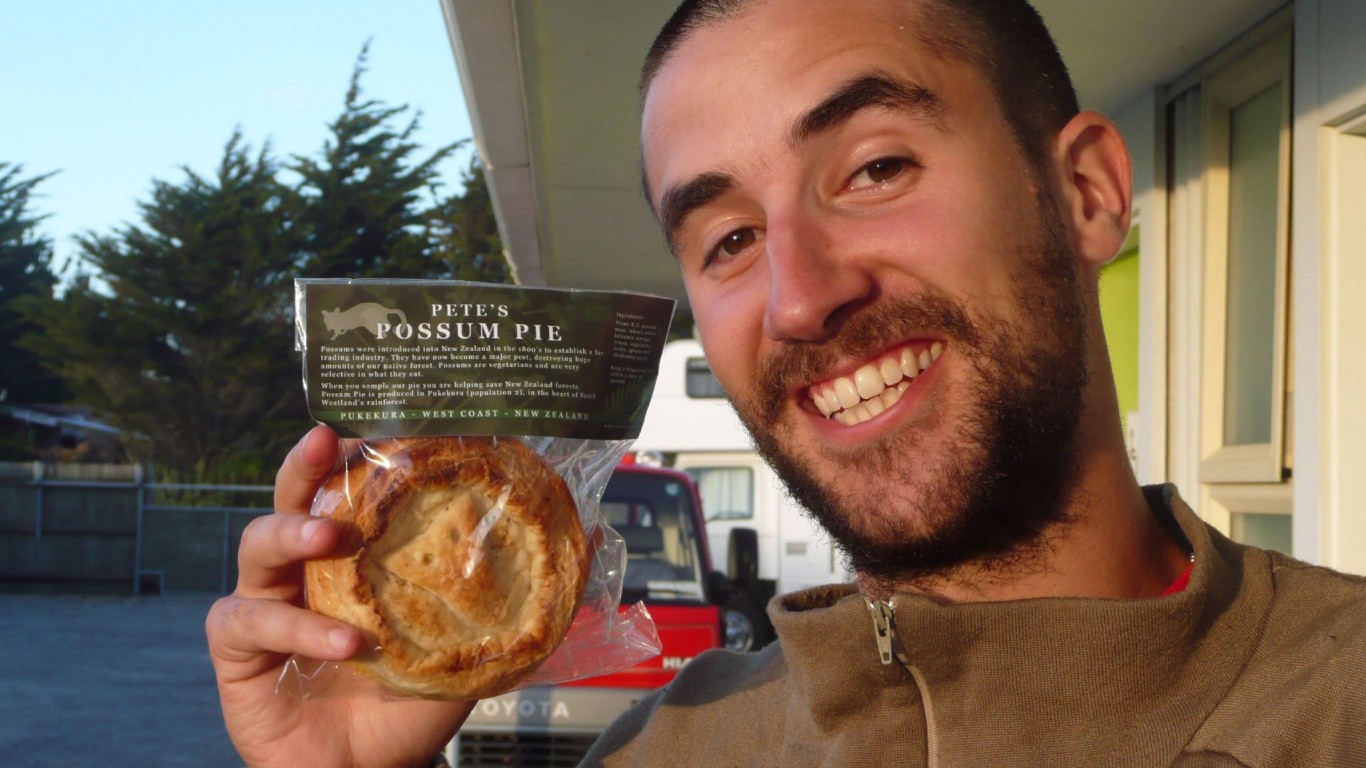 Don’t be afraid: There’s no actual possum in Arkansas possum pie. This classic Southern dessert starts with a pecan-studded crust, which is topped with layers of a sweetened cream cheese mixture, chocolate pudding, and whipped cream, and finished with more pecans. It’s easy to make and doesn’t require any baking (except for the crust), so it’s a popular summertime treat at diners and church gatherings. 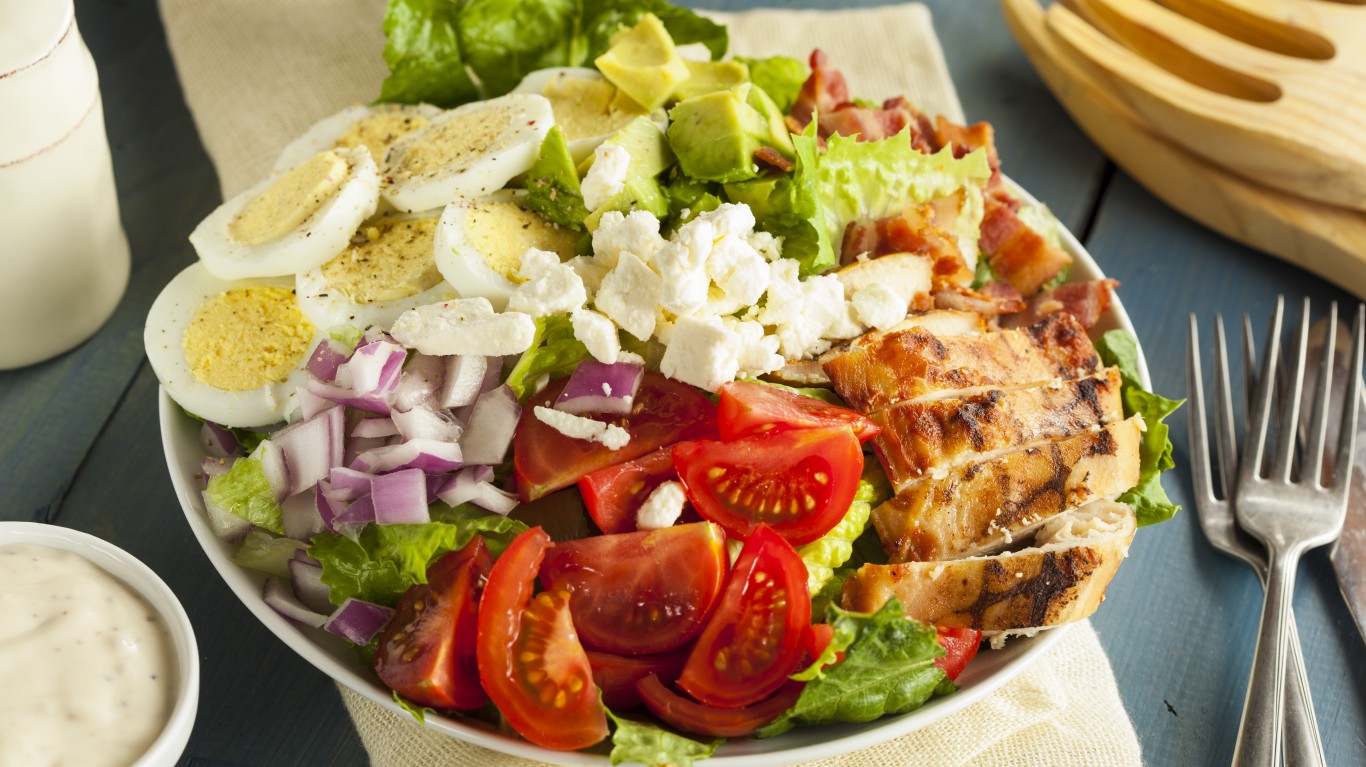 The Cobb Salad is a brunchtime staple, invented in the 1930s at Hollywood’s legendary Brown Derby restaurant and named after its owner, Bob Cobb. Every restaurant that serves it puts their own spin on it, but at its most basic it’s a salad composed of chopped greens (traditionally iceberg, romaine, watercress, or endive), tomato, crispy bacon, diced chicken breast, hard-boiled egg, and avocado, arranged in neat rows or tossed and dressed in a red wine vinaigrette.