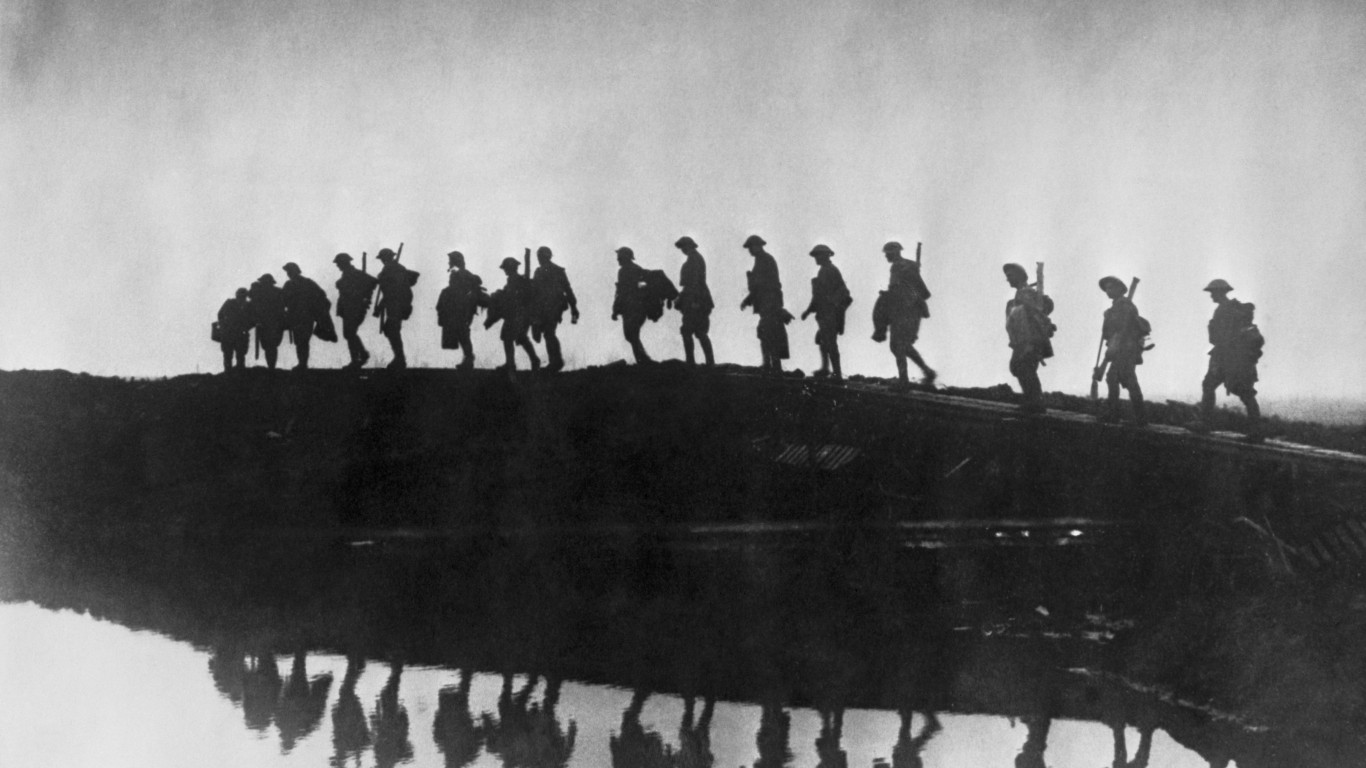 By the time World War I started in 1914, the United States had become the largest economy in the world. Much of its economic clout had been built on trade with economically vibrant countries in Europe, and that became imperiled once the war began. President Woodrow Wilson, seeking re-election in 1916, campaigned on keeping America out of war. But German use of unrestricted submarine warfare that sank American shipping bound for Great Britain and France pushed the U.S. into the conflict. When the U.S. declared war on the German Empire in April 1917 – a further declaration of war, on the Austro-Hungarian Empire, allies of the Germans, followed that December – there were 200,000 soldiers in the U.S. Army, the lowest number since the Civil War. But the economy quickly got on a war footing. Eventually, four million served in the military during the war, half of them overseas. Secretary of War Newton D. Baker said more than 25% of the entire male population of the country between the ages of 18 and 31 were in military service. 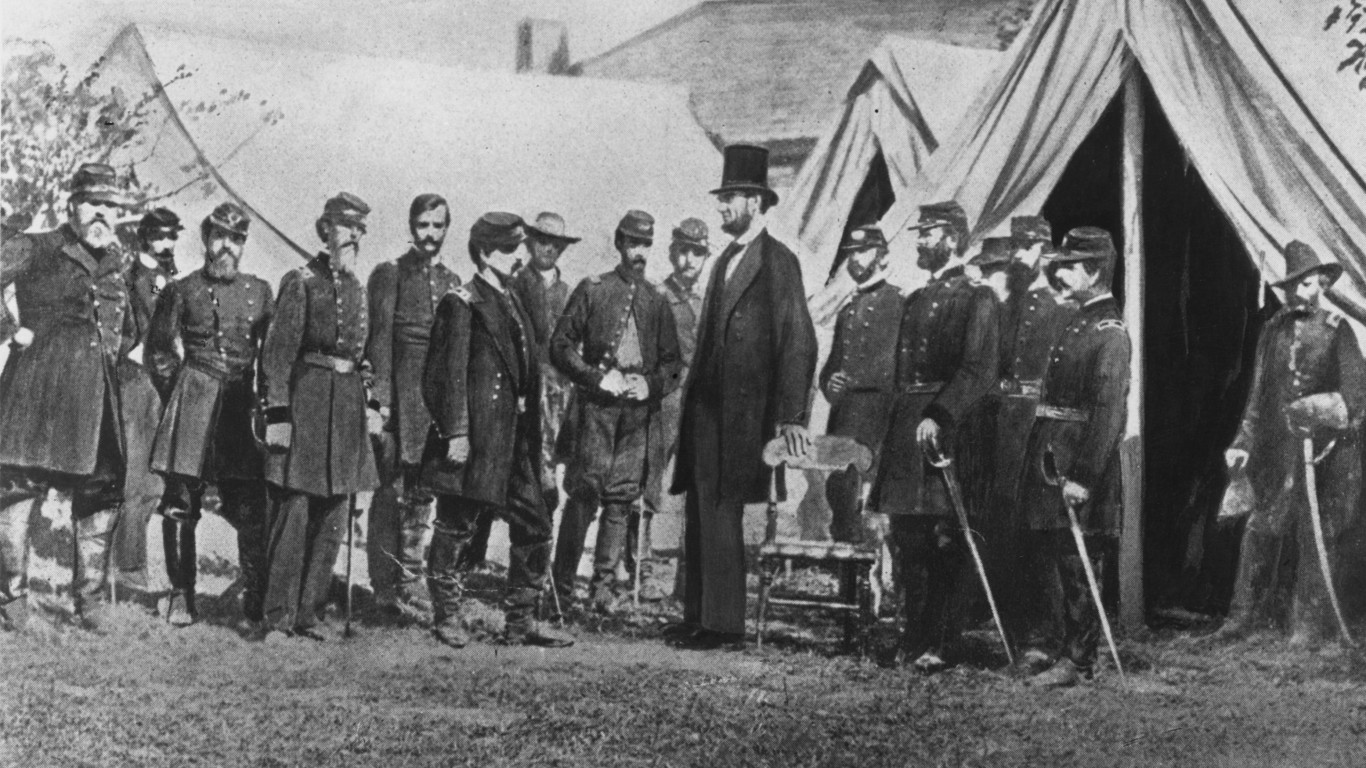 In terms of percentage of the population, the Civil War was even costlier in lives than the American Revolution. The conflict was a prelude to the horrors of the 20th century, with destruction and death on a scale unparalleled until that time. Railroads were first used to quickly deploy troops to battle zones. Modern economies used newly developed methods of industrial production to make guns, bullets, and cannon on a massive scale. Grim tactics such as trench warfare at the battle of Petersburg in Virginia prefigured the ghastly grind of the Western Front during World War I.

The United States was able to keep the Southern states in the Union, and in the course of events, slavery was abolished. But bitter resentment in the South would linger for decades – some would say lingers until today – and the promise of freedom and equality for Blacks would go largely unfulfilled. 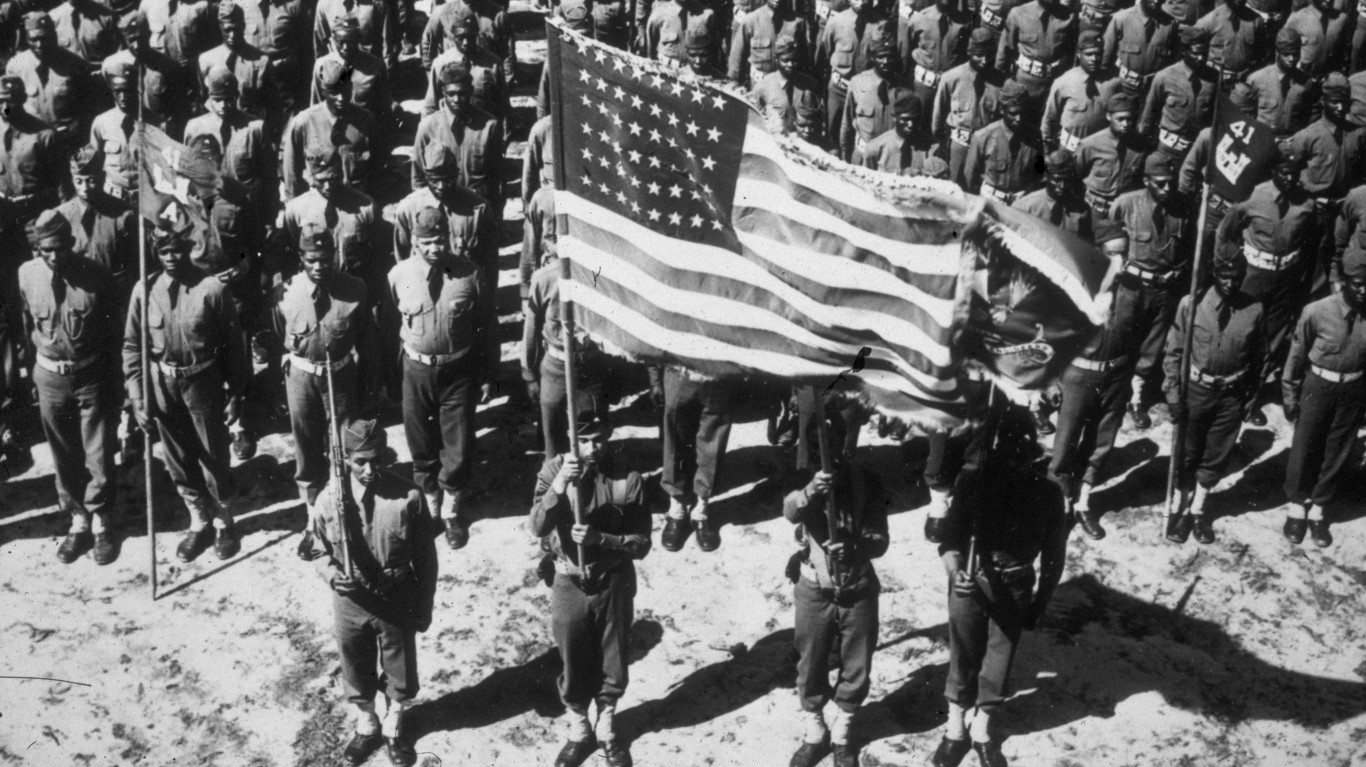 World War II was the greatest of all of history’s conflicts and more Americans died during the war than in any other. Isolationism was a powerful sentiment in the United States, even as Japan was running roughshod over China in the 1930s and German leader Adolf Hitler was demanding territory from its neighbors. But America’s close ties with Great Britain put the United States on a course of conflict with Germany, which had been sinking U.S. cargo ships bound for England. The U.S. was also on a war track with Japan after America imposed an oil embargo on that country over its conquests in the Pacific, and of course the Japanese sneak attack on Pearl Harbor made it imperative for the U.S. to confront that nation militarily. In 1940, the United States had fewer than 459,000 people in military service. By the time the Arsenal of Democracy had kicked into full gear in 1945, there were more than 12 million Americans in uniform.