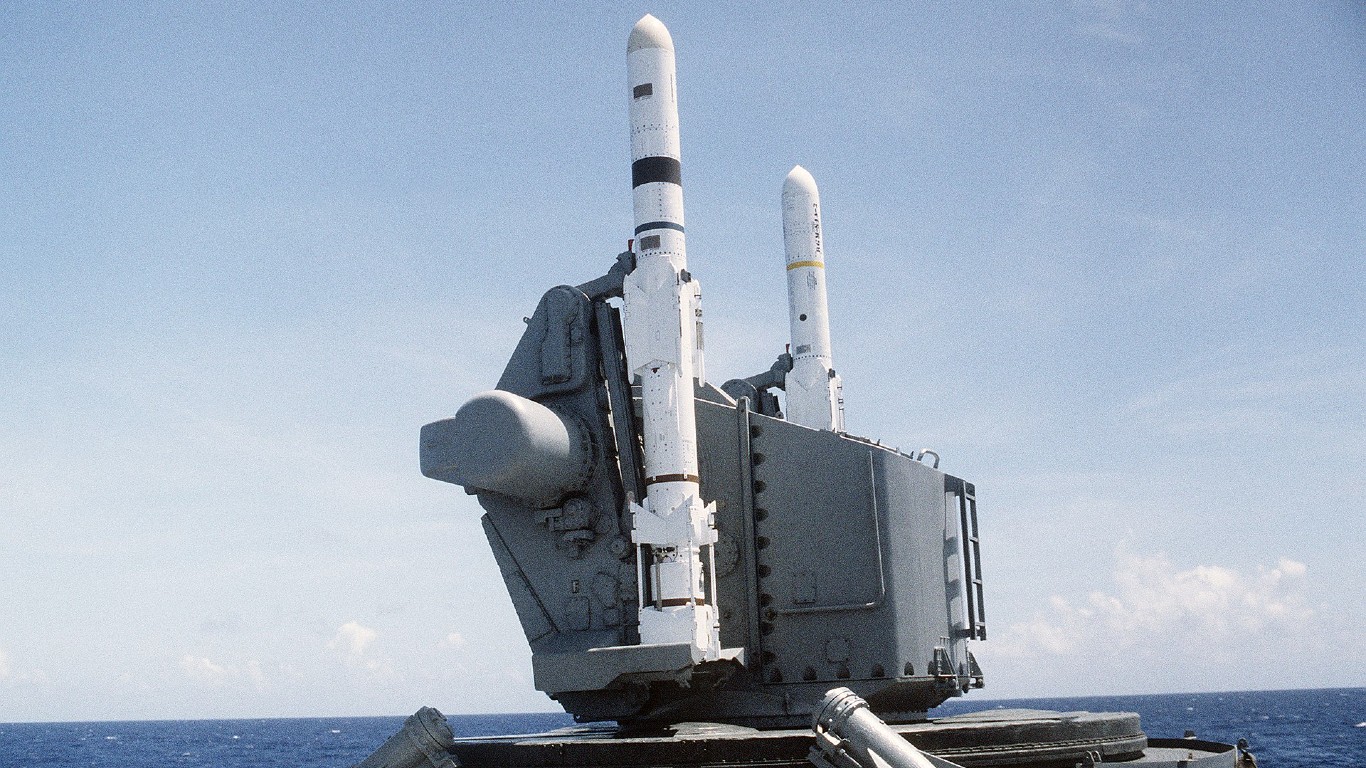 The A/U/RGM-84 Harpoon is an anti-ship missile that can be fired from the air, surface vessels, and submarines. Harpoon missiles range in size from about 12.5 feet to 15 feet long and can weigh over 1,500 pounds. They are guided by radar and have a low-level flying trajectory. Initially developed in the 1970s as a standard fleetwide missile for the Navy, the Harpoon is now also used by the Air Force. Some B-52 bombers are capable of carrying up to a dozen Harpoon missiles. 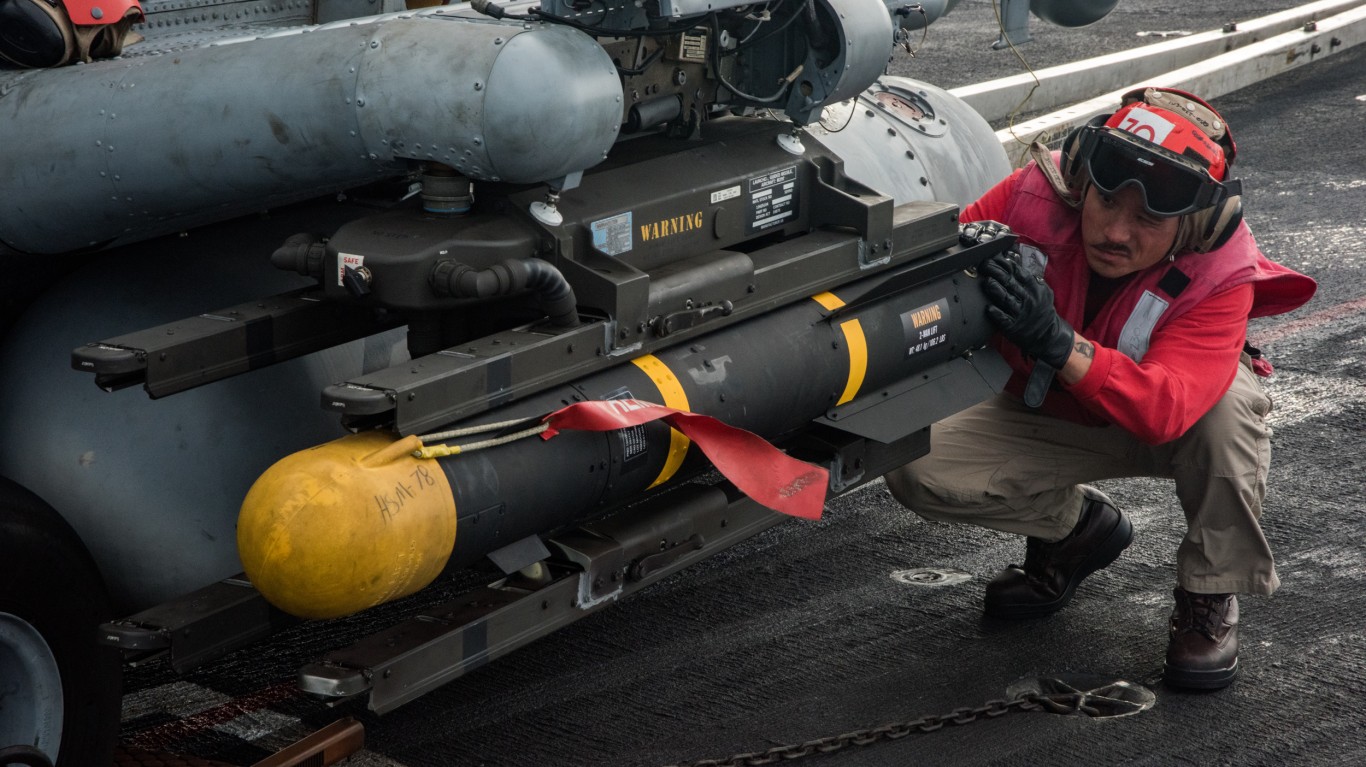 The AGM-114 Hellfire is a precision, laser guided missile typically fired from the air. It is effective against any tank in the world as well as bunkers, helicopters, buildings, personnel, and some slow-moving fixed-wing aircraft.

Hellfire missiles are the primary weapons carried by MQ-9 Reaper drones. Earlier this year, al-Qaeda leader Ayman al-Zawahiri was killed by a Hellfire missile modified with metal blades rather than a warhead to minimize collateral damage.

24/7 Wall St.
Every Firearm Currently Used by the US Military 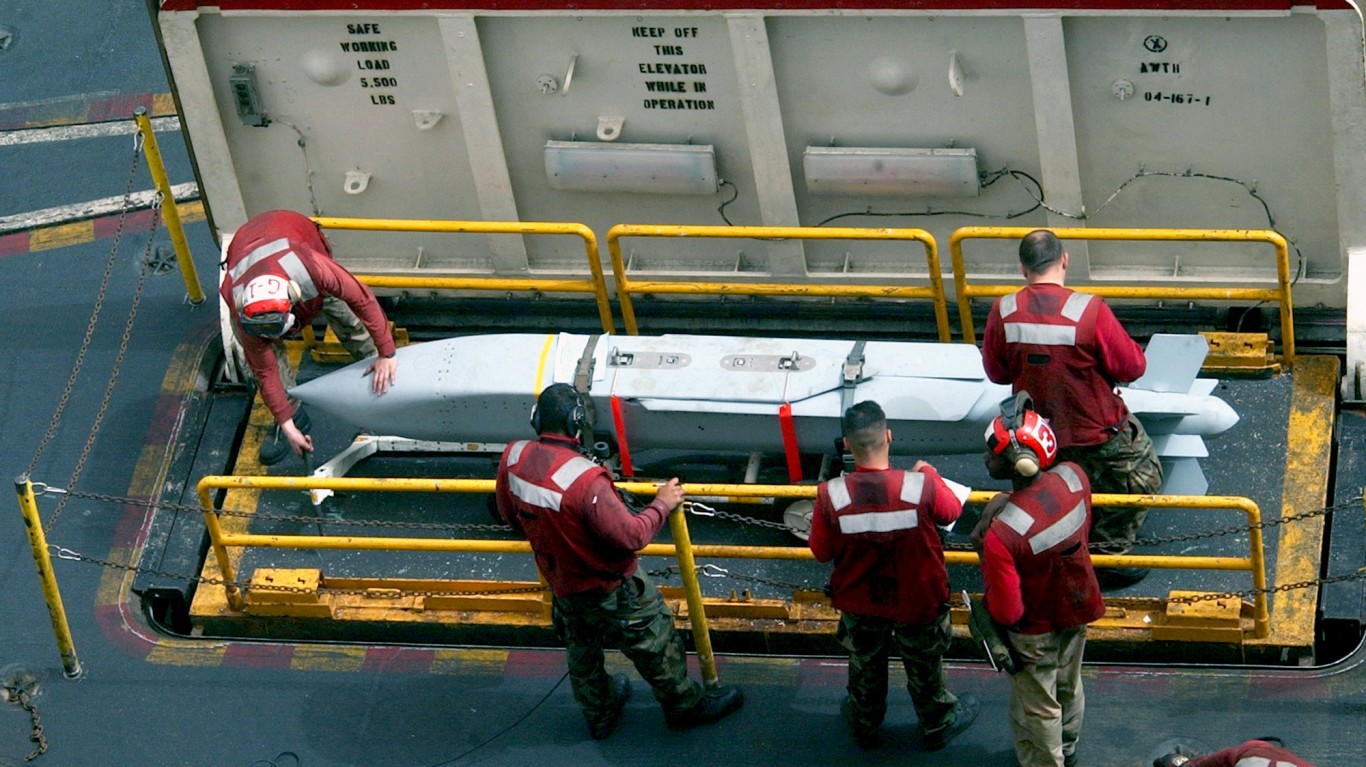 The AGM-154 Joint Standoff Weapon – or JSOW – is an air-to-surface missile weighing about 1,000 pounds and capable of delivering a range of warheads tailored for specific targets. The missiles have a low-altitude range of 12 nautical miles and high-altitude range of 70 nautical miles. AGM-154s are carried by the Air Force in B-1, B-2, and B-52 bombers, and F-15E and F-16 fighter jets as well as by the Navy’s F-18s and F-35s.

Over 400 of the AGM-154A variant have been used in combat, including many carried by F/A-18 fighter jets during the U.S. wars in Afghanistan and Iraq. 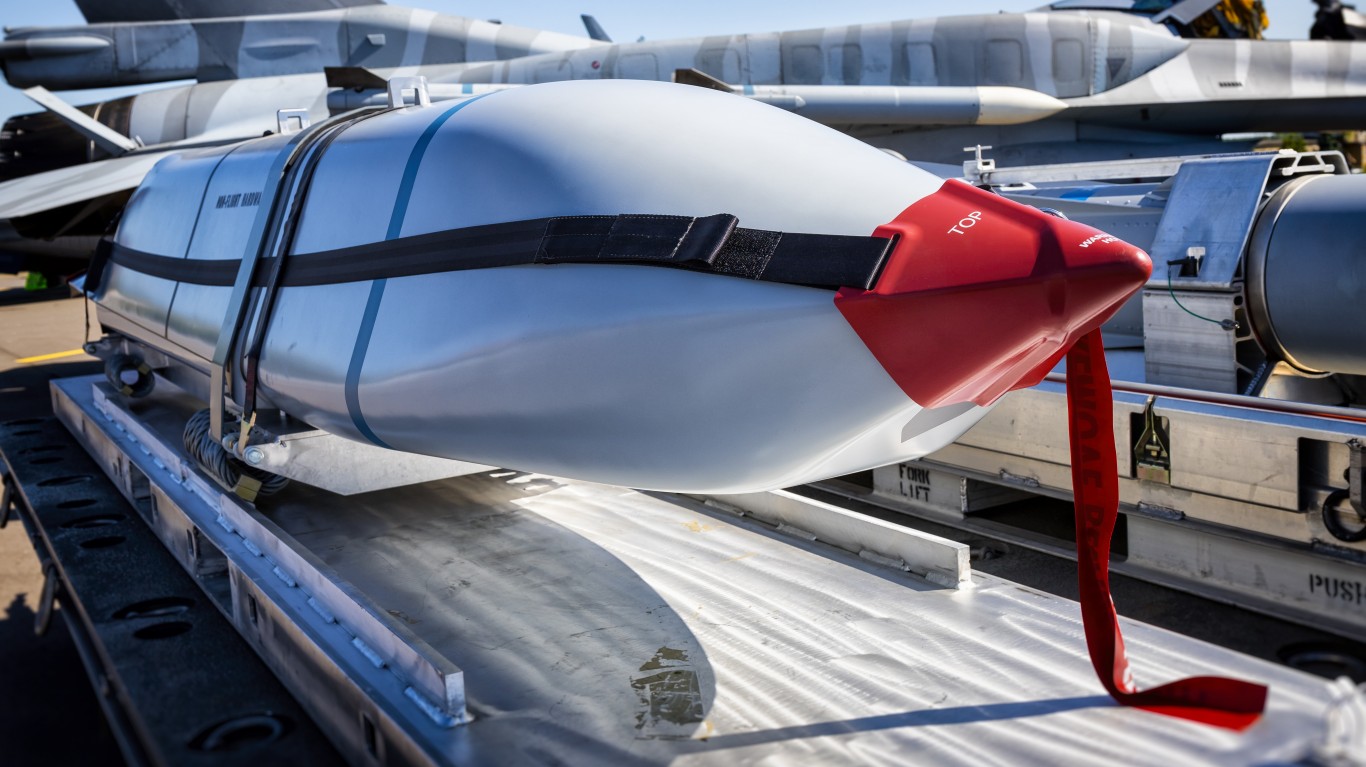 Variations of the AGM-158, used by the U.S. Navy and Air Force, include the Joint Air-to-Surface Strike Missile, or the JASSM, and the Long-Range Anti-Ship Missile, or LRASM. The precision cruise missiles, fitted with 1,000 pound warheads, are designed to take out heavily defended, high-value targets. Depending on the type, these missiles have a range of 200 miles to 1,000 miles.

AGM-158s are carried by fighter jets and bombers. As of 2019, the Air Force had procured over 4,000 JASSMs and announced plans to acquire up to 410 LRASMs. Foreign buyers of AGM-158s include Australia, Finland, and Poland. 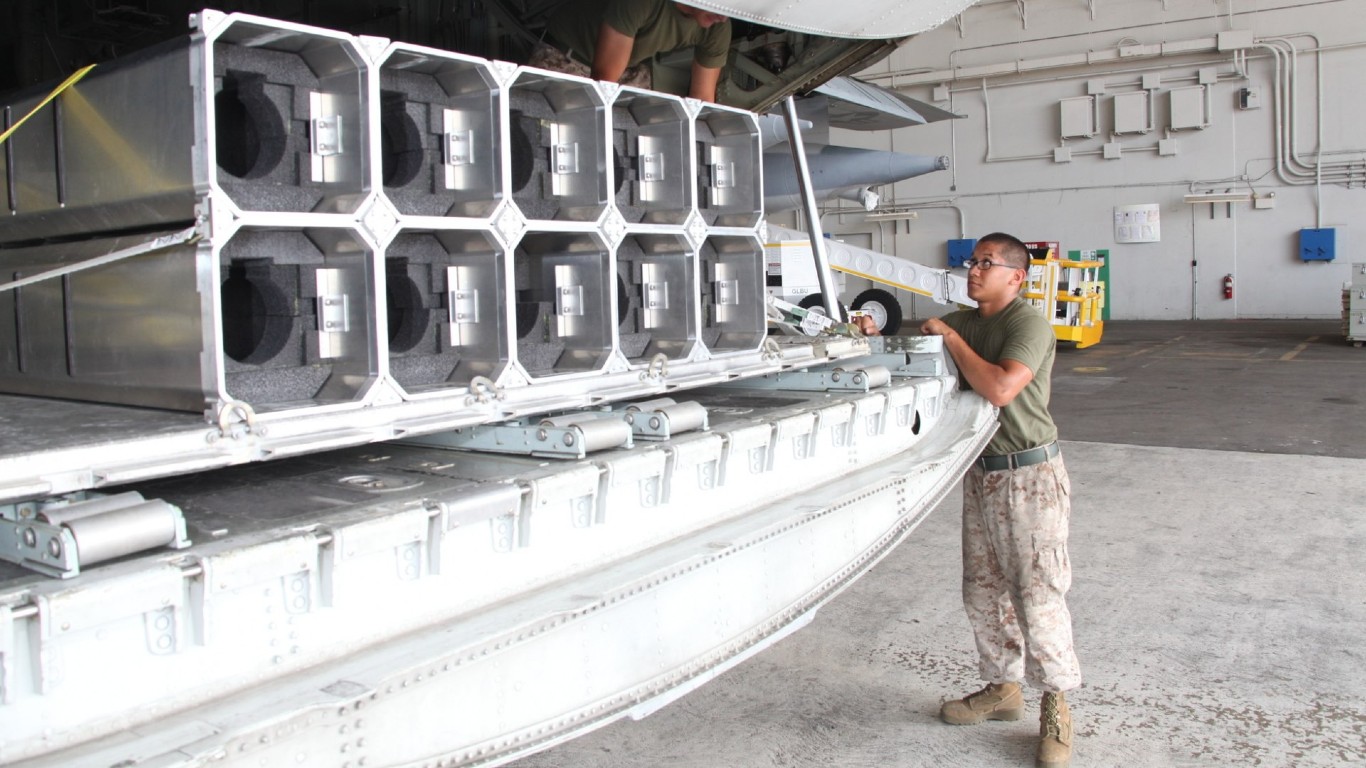 The Griffin, or AGM-176, is a relatively low-cost, air-launched missile with a range of about 12 miles. GPS and laser guided, the missiles are high precision and effective against light surface targets.

Used primarily by the Air Force, Griffins can be loaded onto AC-130 gunships or MQ-9 Reaper drones. Just shy of 4 feet in length and only 5.5 inches in diameter, aircraft can carry three Griffin missiles in the space a single Hellfire missile would occupy.