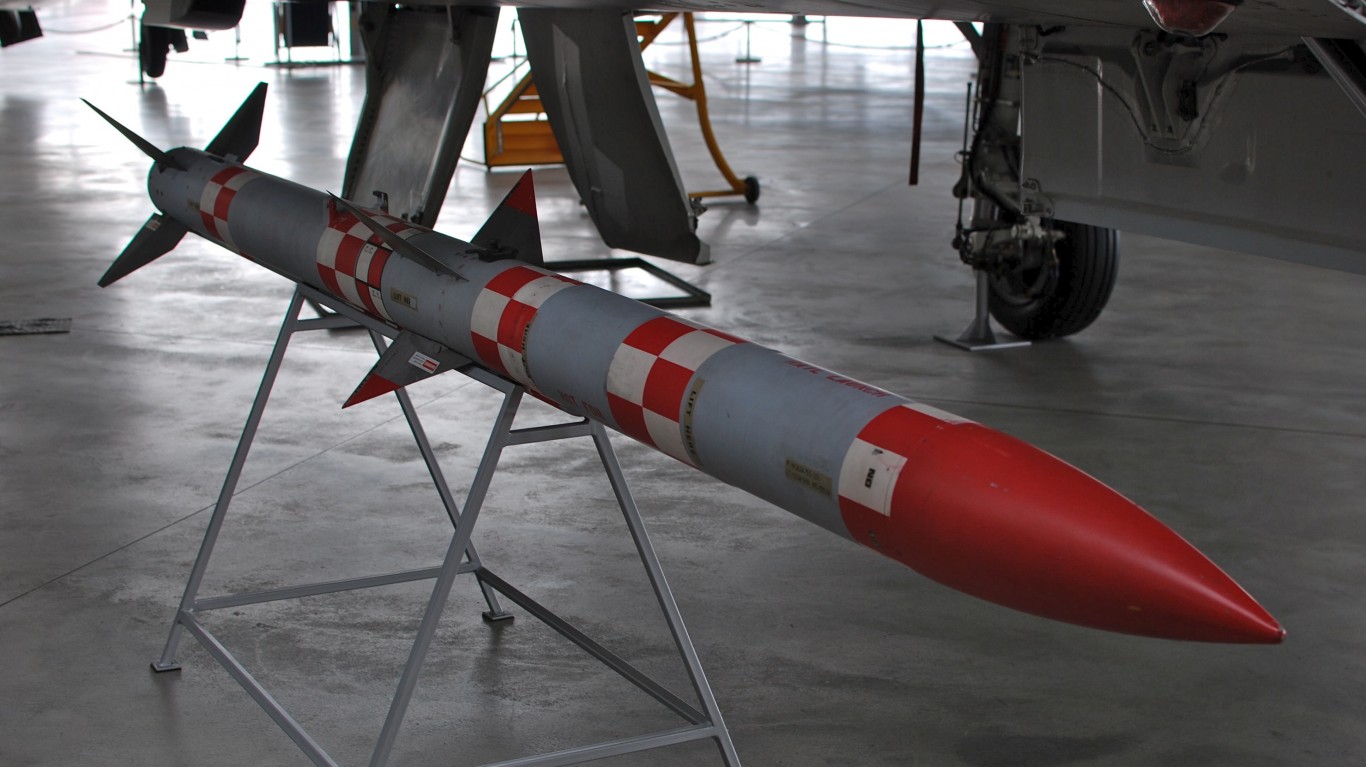 The AIM-120 AMRAAM, or Advanced Medium-Range Air To Air Missile, is a new generation missile expected to be operational at least through 2050. The missile is 12 feet long with a range of over 20 miles, and though it is supersonic, its exact speed capabilities are classified.

A wide range of Navy and Air Force aircraft are equipped with AIM-120s, including F-18s, F-15s, F-16s, F-22s, and F35s. NATO forces also use the missile with Eurofighter jets. The price tag for a single AIM-120 is reportedly just over $1 million. 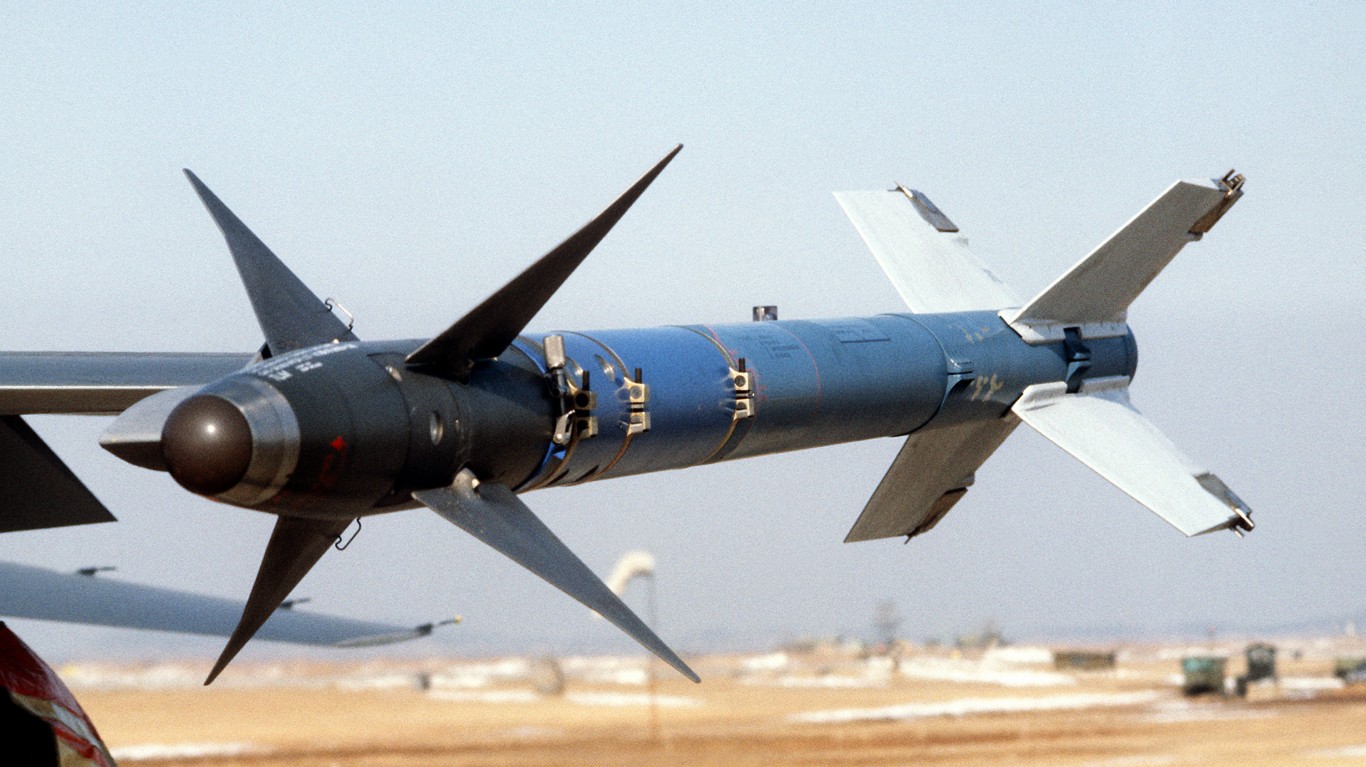 AIM-9 Sidewinders are short-range – about 10 miles – supersonic air-to-air missiles, capable of speeds exceeding Mach 2. With infrared homing guidance, the missiles are designed to intercept and take down high-performance enemy aircraft.

At a price of just under half a million dollars a piece, AIM-9 Sidewinders are among the least expensive missiles in the U.S. arsenal. Used as far back as the Vietnam War, they are also one of the oldest and most successful. The missile is integrated onto a number of U.S. fighter jets, including the F-15, F-16, and F-22, and is used by over 40 nations worldwide.

ALSO READ: Every US Military Helicopter 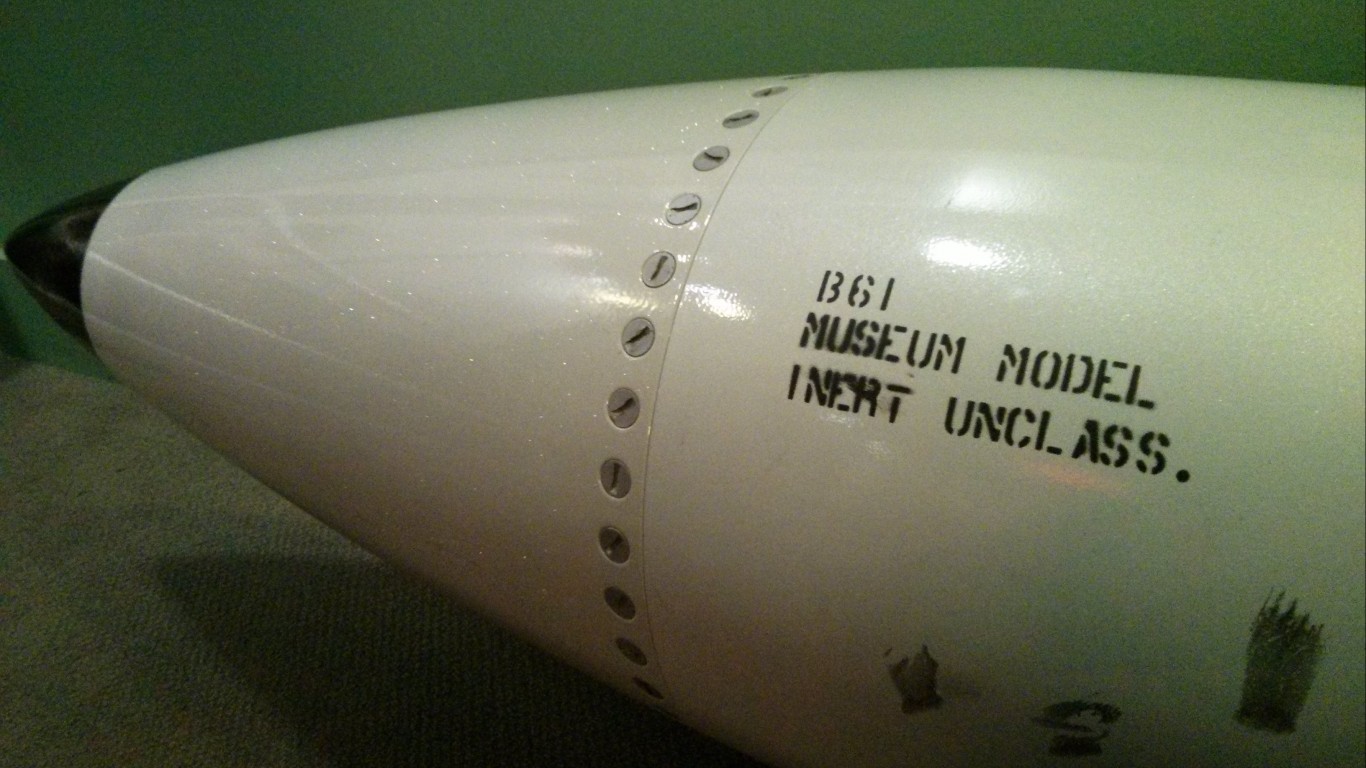 The B61 thermonuclear bomb, designed for tactical battlield use – as opposed to strategic nuclear bombs – are carried by certain F-16 and F-15 fighter jets as well as B-2 bombers. The bomb has preselectable blast yields that range from 0.3 kilotons to 50 kilotons depending on the mission goals. The bomb is also capable of ground penetration to improve its effectiveness against buried, harded targets.

The U.S. Air Force has approximately 500 B61 bombs in its arsenal. 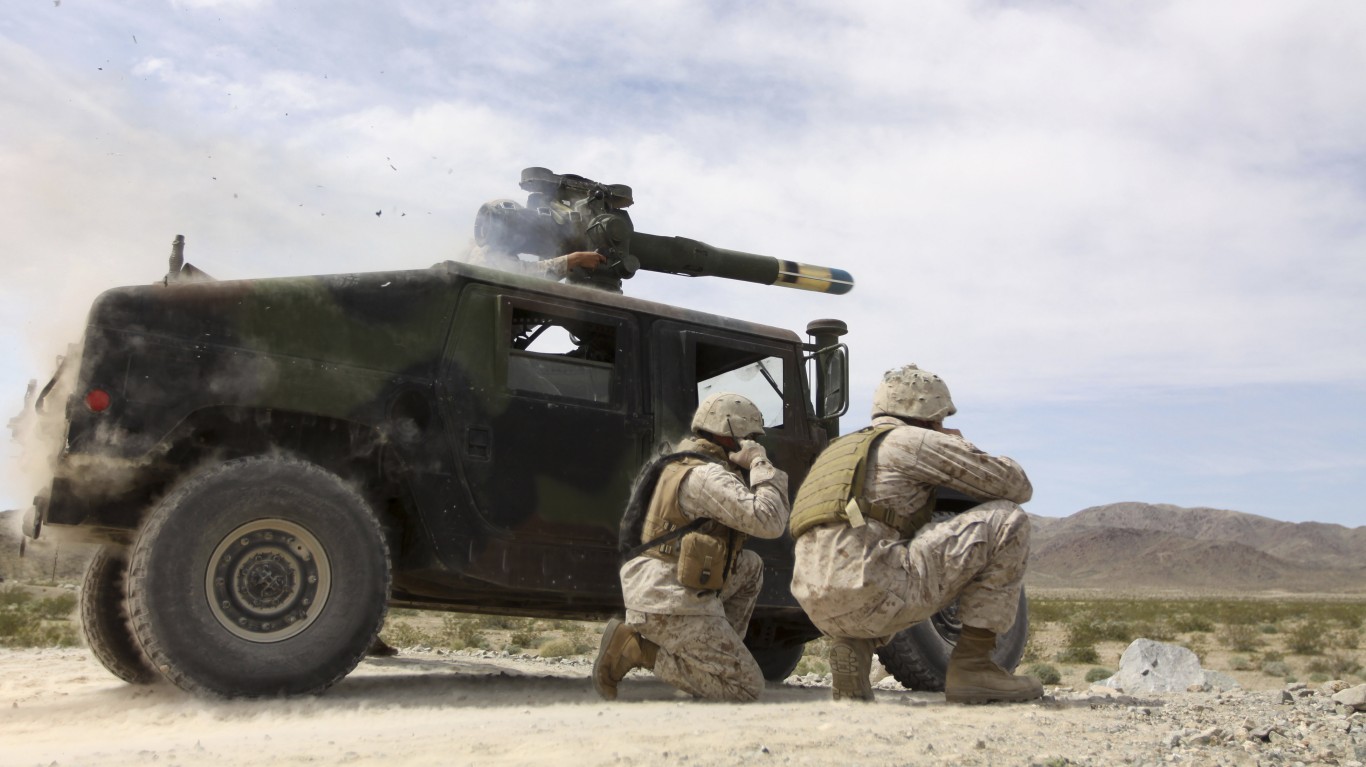 The BGM-71 TOW – which stands for Tube-launched, Optically-tracked, Wireless-guided missiles – is an anti-tank missile system used by the U.S. Army. They have a minimum range of 40 meters for close threats, and a maximum range of 2.3 miles, or 2.8 miles for extended range models.

These missiles are typically fired from a tripod mounted on a vehicle such as a Humvee but can also be used by some attack helicopters like the AH-1 Cobra. 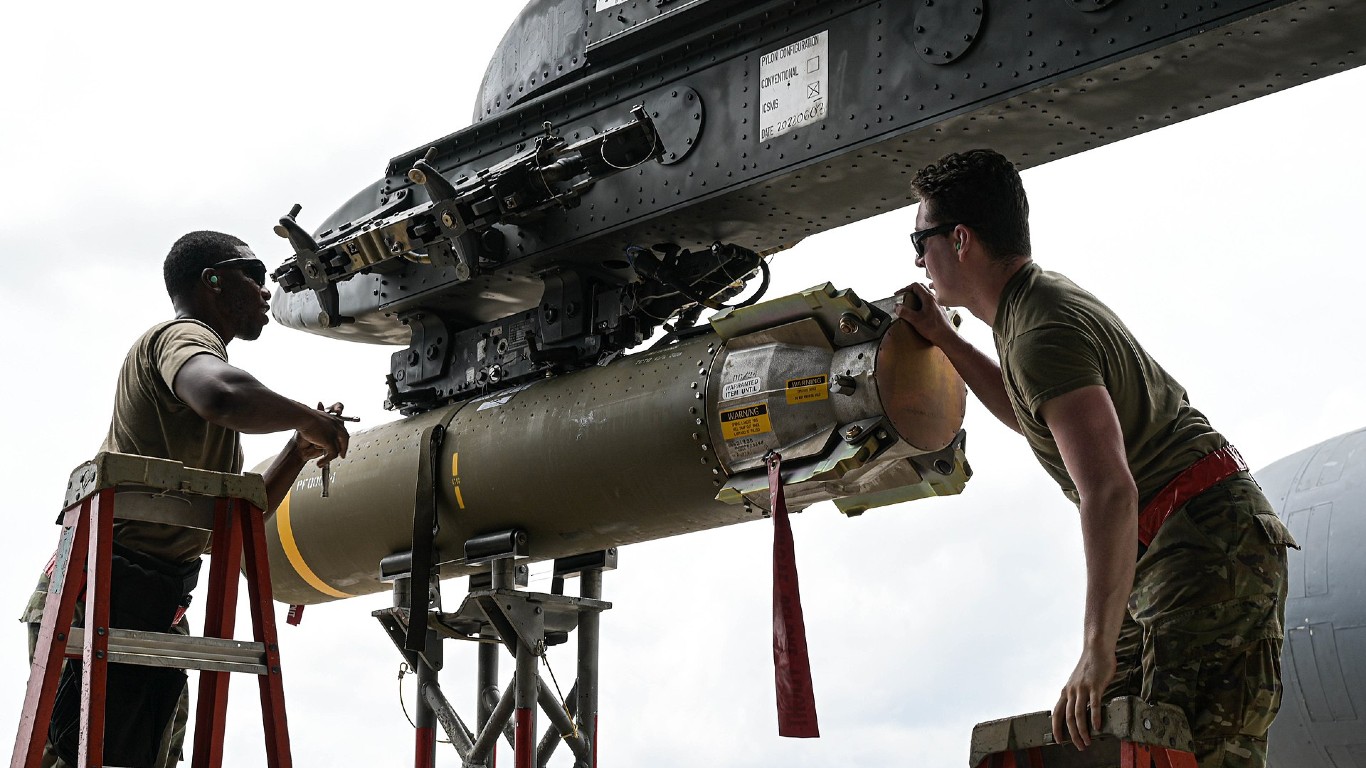 The CBU-105 SFW – or Cluster Bomb Unit Sensor Fuzed Weapon – is a precision guided munition especially effective against tanks. The CBU-105 is a GPS equipped, and much more accurate, version of the CBU-97. Each CBU-105 packs a payload of 10 BLU-108 submunitions, each containing four target-seeking, explosive copper disks. A single CBU-105 has a lethal blast range of about 600,000 square feet.

The Geneva Convention on Cluster Munitions prohibits the production, transfer, and stockpiling of cluster munitions. The convention was signed by over 100 nations including the U.K., Canada, and all of Western Europe – but notably not the U.S. The American military is retaining cluster munitions, like the CBU-105, ostensibly for deterrence on the Korean Peninsula. The U.S. used CBUs in Iraq in 2003, though it has only used them in combat on one occasion since, according to the Air Force Magazine.