Barnes & Noble to Discontinue Windows App for Nook; Then What? 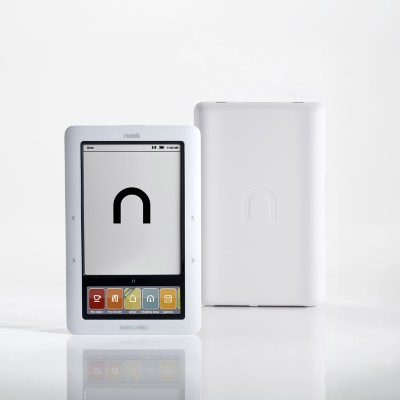 Source: courtesy Barnes & Noble Inc.
In a filing with the U.S. Securities and Exchange Commission (SEC), bookseller Barnes & Noble Inc. (NYSE: BKS) said it has amended its agreement with Microsoft Corp. (NASDAQ: MSFT) signed in 2012, that B&N’s Nook Media group will no longer distribute a Windows app for its Nook e-reader and that Nook Media will stop all work on its Windows app.

Instead, B&N “will cooperate in good faith with Microsoft to transition users to the Microsoft Consumer Reader.” The what? Can Microsoft really be considering building a hardware e-reader at this point? Talk about yesterday’s technology, today …

What seems to be happening is that Microsoft wants to transition its customers to an app it has reportedly been working on since last year called Office Reader. The app presumably is a single program that allows users to read documents produced in a variety of different formats, presumably including Nook Media’s.

As a hardware device the Nook is dead meat. Consumers are satisfied with the five-inch screens on the latest smartphones and a one-application device like the Nook is going to be squeezed out. To salvage some value from the alliance between B&N and Microsoft, the file format that Nook reads will be added to the formats available to users of the “Consumer Reader,” whenever that appears.

Nook Media is no longer a hardware company or a software development company. It is a digital content company, and when Microsoft figures it has recovered its original $300 million investment, Nook Media likely will disappear.

Short Sellers Get a Little Mixed Up on Semiconductors