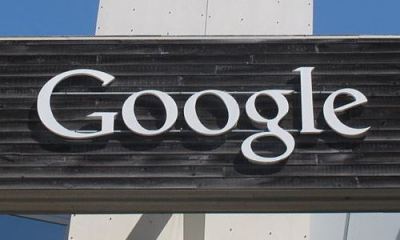 Source: Wikimedia Commons (Lee-Sean Huang)
Apple Inc. (NASDAQ: AAPL) split its shares, and Google Inc. (NASDAQ: GOOGL) split its, although in a different fashion. In the stock price increase war since the events, Apple has won handily. The anticipation for the iPhone 6 has overwhelmed Google’s growth dominance in Internet advertising, both on PCs and mobile devices.

In the past three months, Google’s shares have risen 8%, which is less that the 10% advance in the Nasdaq. Apple’s have spiked 16% over the same period.

The two tech giants are among the three most valuable, based on market cap, of any company traded on U.S. exchanges. Exxon Mobil Corp. (NYSE: XOM) rounds out that group. Apple’s market cap is $439 billion, Exxon’s $403 billion and Google’s $257 billion.

Google holds the edge in recent growth. In the most recent quarter its revenue rose 23% to $16 billion. Apple’s revenue rose 6% to $37.4 billion. Although operating income and balance sheet considerations are also part of any evaluation, each company is wildly profitable and carries huge cash positions. Growth companies continued to be measured by their top line improvement ahead of almost all other considerations.

Google and Apple share one thing in common. Each tends to be analyzed primarily on one measure. In Google’s case it is search advertising, and in Apple’s it is iPhone sales. Both companies have plenty of other businesses. Among Google’s most important are Android and YouTube. Neither brings in enough revenue to be terribly important. Apple has its media distribution and app business, along with iPad and Mac sales. Very few analysts look at these smaller businesses over Apple’s flagship smartphone.

Unlike Google, Apple is largely a single-event company. It launches a new iPhone every year or so. Its market value is pegged primarily to the success of each iPhone generation. A poor launch can hinder its stock performance for months. Google, on the other hand, has relied primarily on the performance of its original product, which has improved, but not changed radically, since the company went public a decade ago.

All of this goes to say that if the iPhone 6 release meets with a poor reception, Apple’s share performance and Google’s will change places.

READ ALSO: The 15 Biggest Employers in the World