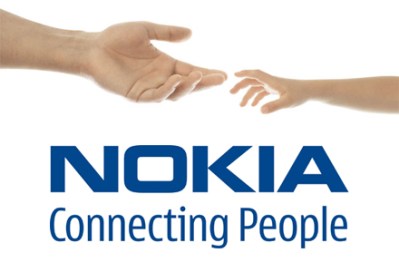 Source: Nokia
Nokia Corp. (NYSE: NOK) had a solid Monday, rising to $8.56 from $8.37, on the heels of a positive research call from Oppenheimer. The firm’s Ittai Kidron raised the prior Perform rating to Outperform. What really stood out was the $12 price target. This implies that Nokia could rally by more than 40%.

24/7 Wall St. wanted to take a day-after view of this report to see what Nokia’s real prospects are without the euphoria of the trading action around a key upgrade of this magnitude.

Oppenheimer sees HERE (mapping) as bottoming with smartphone revenue now reset and auto a higher value growth catalyst (about 65% of current revenues) at higher average selling prices. Nokia’s value comes from offering customers customization versus Google’s more restrictive model. Also, HERE is leveraged as most of the costs are fixed.

Oppenheimer’s report signaled that there were multiple levers to use for the basis of its upgrade. Kidron said:

We’re upgrading Nokia to Outperform and setting a $12 price target. We’re positive on the strategic direction Nokia’s pointed, management’s operational track record and capital program/tax assets. Near term we see good support for margins and believe Networks can hold near the higher end (~9%) of management’s longer term targets (5% to 10%). Later in 2015, we see HERE and IPR as catalysts to unlocking value. We believe HERE could deliver increasing leverage as it ramps its automotive presence and IPR could show meaningful upside as Nokia’s arbitration with Samsung is concluded and Apple/Chinese vendors are targeted next. While shares could be volatile near term as the new Nokia emerges, we’re positive on the longer term view and see solid upside. Our sum-of-the-parts analysis suggests upside to ~$18.

Oppenheimer’s valuation was said as follows:

Overall, our analysis suggests a base-line valuation of $10 for Nokia and upside potential to approximately $18 if the company successfully monetizes the value in its IP portfolio. Our $12 price target is at the lower end of the SOP analysis range results.

The report concluded by noting that Nokia is executing well and could sustain better than expected profits, with HERE and IPR bringing potential upside in 2015 and thereafter. Another boost is that strong cash flow is protected with tax credits bringing rising returns. Oppenheimer’s estimates are as follows:

Nokia shares saw some profit taking on Tuesday after Monday’s upgrade by Oppenheimer, which is not all that unusual. After 35 minutes of trading, the stock was down 1.3% at $8.45, against a 52-week range of $6.22 to $8.63. Note that the consensus price target is closer to $9 and the high target is now $12 as well.