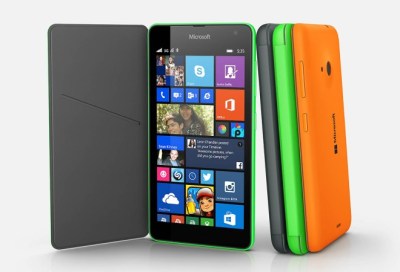 The quarter’s GAAP EPS result of $0.61 includes a negative impact of $0.01 per share in costs related to the integration of the Nokia business and in restructuring expenses for the massive layoffs in July. Excluding the effect of foreign exchange rate changes on the GAAP amounts, on a constant currency basis, revenue and gross margin would have grown 9% and 4%, respectively, and operating income and EPS would have declined 4% and 7%, respectively. Microsoft assigned a loss of $0.02 per share to the impact of foreign exchange rates.

During the quarter, Microsoft returned $7.5 billion to shareholders in the form of share repurchases and dividends.

ALSO READ: Microsoft Moves Away From Shadow of Gates, Ballmer

Microsoft did not offer guidance in its press release, but said that it would provide guidance during its conference call.

We remain focused on strong execution from our sales teams. Around the world we’re seeing high interest in deployment of our cloud and server products, as well as participation in the enterprise early adopter program for Windows 10.

Phone hardware added $1.4 billion to quarterly revenues, and that accounts for more than 100% of the revenue increase of the same period a year ago. Microsoft had no phone hardware revenues in the third quarter of last year.