Why Stratasys Is a Buy and 3D Systems Is Not 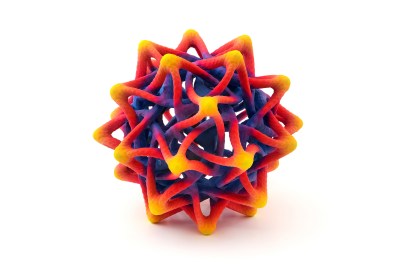 Source: courtesy of 3D Systems Inc.
Analysts and investors alike have been burned when it comes to 3D printing. After all, wasn’t 3D printing supposed to be one of the next big things when it comes to future technology? The problem is that the companies leading the 3D printing wave have gone from mega-growth engines to more mature companies in a far shorter period than many people were expecting in 2013 and even in 2014.

Stratasys Ltd. (NASDAQ: SSYS) and 3D Systems Corp. (NYSE: DDD) generally are considered the top leaders of the 3D printing revolution. It turns out that not all leaders are alike. Oppenheimer has given one a thumbs up and has jettisoned its positive views on the other.

Stratasys was given a key upgrade to Outperform from Perform. What really stands out in Oppenheimer’s call is that the new rating came with a 12 to 18 month price target of $50. After closing at $34.97, the implied upside is roughly 43%. At least it was before Stratasys shares ran up 7% after the note.

What has happened is that Stratasys shares are now down almost $100 from their 52-week high of $130.83. The 52-week low is $33.85. Oppenheimer is calling Stratasys a strong relative value with unique technology that is hard for a competitor to duplicate. Despite double-digit revenue growth in the first quarter, the MakerBot write-down generated a loss. What investors are being told to consider is that MakerBot is only about 10% to 15% of the company’s total sales and that management has been overcoming execution issues. In short, Oppenheimer thinks the larger commercial unit should rebound as economic growth and demand pick up.

In the Oppenheimer report, Holden Lewis and Kristen Owen said:

For investors looking for exposure to 3D, we now view Stratasys as the best option. First, it is executing fine on the largest portion of its mix while issues at MakerBot are widely known. Given easing spending and reorganization, respectively, a little volume could cement the first half of 2015 and 2015 as troughs. Second, it is cheap against its own history and relative to its largest peer. Third, we think it is more secure and has more opportunities as new competition emerges. For these reasons, we think shifting to a more constructive stance on Stratasys is appropriate.

The aftermath of the Oppenheimer downgrade in 3D Systems is perhaps almost as interesting as the Stratasys call. This is partly due to 3D Systems’ shares rising despite being downgraded to Perform from Outperform. The call, while perhaps very poorly timed, pointed out that the uncertainty is higher and that 3D Systems no longer represents the best value in the space.

Oppenheimer also removed its $38 price target in the call, and it does not generally assign price targets in Perform-rated stocks.

ALSO READ: 4 Stocks to Own in Case the Stock Market Crashes

This almost looks and feels like an old pairs-trade, but that was not really the case. It is a relative value call and a decision to change which company will lead in the sector. If Oppenheimer is correct, Stratasys is better for investors today than 3D Systems. Sadly, that will not help investors who have ridden these shares down after getting caught in the wrong direction on that “next big thing” that just flopped.