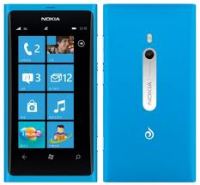 Nokia Corp. (NYSE: NOK) lost half its market share in China last year, falling from 42% share in the first quarter to about 20% in the fourth quarter. The company wants to turn that around in 2012, and will begin by introducing its Lumia 800c smartphone into China early next month. The phone uses the Windows Phone 7 operating system from Microsoft Corp. (NASDAQ: MSFT).

Nokia’s first deal for the Lumia 800c has been signed with China Telecom Corp. (NYSE: CHA), but deals are in the works with China Mobile Ltd. (NYSE: CHL) and China Unicom (Hong Kong) Ltd. (NYSE: CHU). The company’s Lumia 900, Lumia 710 and Lumia 610c will be launched in China during the second quarter of this year.

Nokia’s brand is popular in China and the company needs to turn that popularity into sales. But because the Chinese market is more price-conscious than many others, the Lumia 800c, at about $570 without a contract, may be too costly for many potential buyers.