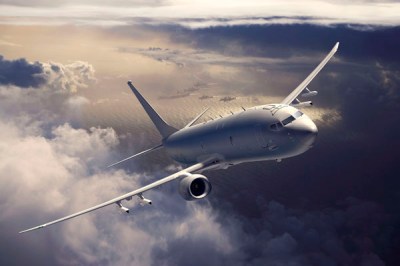 Source: The Boeing Co.
The FAA sent out an “airworthiness directive” about the Boeing 777 days before Malaysia Airlines Flight 370 went missing. The missing plane is a 777. This may further speculation that a mechanical failure is among the most likely reasons for the plane’s disappearance.

We are adopting a new airworthiness directive (AD) for certain The Boeing Company Model 777 airplanes. This AD was prompted by a report of cracking in the fuselage skin underneath the satellite communication (SATCOM) antenna adapter. This AD requires repetitive inspections of the visible fuselage skin and doubler if installed, for cracking, corrosion, and any indication of contact of a certain fastener to a bonding jumper, and repair if necessary. We are issuing this AD to detect and correct cracking and corrosion in the fuselage skin, which could lead to rapid decompression and loss of structural integrity of the airplane.

According to NBC News:

It warned that one operator of the jet “reported a 16-inch crack” in the skin of the fuselage on an airplane that was 14 years old with approximately 14,000 total flight cycles.

Boeing’s stock value has already been hurt by news about the crash, as well as production problems with its 787 Dreamliner, which has developed minor cracks in some of the model’s wings. The manufacturer’s shares are off 3.5% in the past five trading days, while the S&P 500 has remained flat. Additional bad news about the company’s aircraft could press the stock lower.

It probably will not be known for a long time whether some structural failure caused the crash of Malaysia Airlines Flight 370. However, Boeing will be in the spotlight if and until another reason for the crash is given. Based on problems finding the missing plane, that could be a very, very long time.