Why Boeing Can Raise Dividends for a Decade 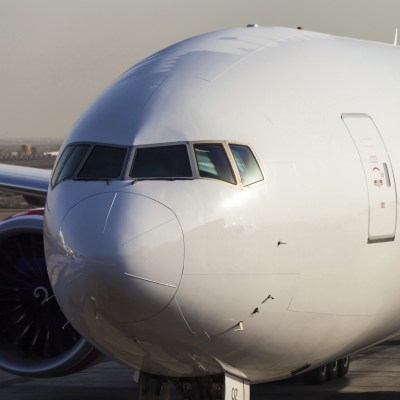 Source: Thinkstock
Boeing Co. (NYSE: BA) may have some revenue risk tied to its defense and warfare operations and to its space systems business, but it is likely to remain in the sweet spot of its commercial plane growth cycle for years. As long as the slowing international markets do not crater, this could provide a liftoff for Boeing’s earnings and revenues for the next 10 or even 20 years.

24/7 Wall St. just featured Boeing as one of nine stocks that can raise their dividends for the next decade. Now that earnings are out, this warranted a closer review. Boeing shares were around $138 before earnings, but they closed at $141.19 afterward, with more than double the average daily volume.

Again, the driving force for Boeing is the wave of new airplane orders, driven by raw airline growth around the globe and by a coming replacement cycle of existing planes as fleets have matured over the past decade.

Boeing pays out about half of its stated operating earnings, but the normalized earnings of $7.50 to $8.00 per share could easily rise to $10.00 in the years ahead after it recoups its R&D and capital spending on the larger planes like the 787 Dreamliner. That ultimately will lead to a dream of a dividend growth engine, for what is only a 2.6% dividend yield currently.

Boeing announced before earnings that it had eight 787 customers in the Middle East, with a total of 175 Dreamliners ordered and 140 in backlog. Then the earnings report showed that its backlog remains strong at $485 billion (down from $489 billion at the beginning of the quarter, and included net orders for the quarter of $22 billion) with nearly 5,700 commercial airplane orders.

One caveat investors need to assume though is that the doubling of Boeing’s dividend in the past four years was more aggressive than expected. Investors can expect dividend growth, but they should not expect a repeat of the past four year’s growth.

Now that earnings are out, 24/7 Wall St. wanted to see what analysts were saying. Most reports have been positive, and Canaccord Genuity maintained its Buy rating and $165.00 price target. The firm said that the 787 execution was better than expected. There is a hint for better dividends ahead in the note:

Boeing reported a better than expected third quarter with adjusted core EPS of $2.52 as compared to our estimate of $2.19. The company raised its full year 2015 guidance, and execution on the 787 in the quarter was better than expected. Free cash flow in the quarter was $2.3 billion and did not seem to benefit from any significant one-time items. The company reiterated its 787 execution milestones and its long-term commitment to returning cash to shareholders. The company did set a 7/month floor on a potential 777 rate cut, which is higher than the 6/month we model starting in 2018. We are maintaining our Buy rating and our $165 price target as we believe concerns about the aerospace cycle, and the 777, will be offset by the execution on the 787 and the stronger than expected cash flows.

The most recent dividend hikes have taken place in the February dividend payments each year. That means a dividend hike announcement should not be expected soon.