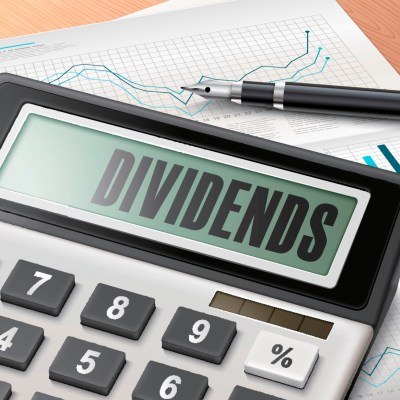 Source: Thinkstock
With the global growth slowing and with the volatility increase seen in the past three months, and with a coming rate hike cycle, many investors have wondered how to position their portfolios now that the bull market is approaching its seventh year. Many investors are looking for companies paying dividends. In fact, companies raising dividends are often a focal target when considering that one-third to two-thirds of total returns come from dividends.

24/7 Wall St. recently highlighted nine great companies which can raise their dividends for the next decade. While these were not among that list, six well-known companies raised their dividends after the close of trading on Wednesday. So much for that slowdown worry, maybe.

Here is how much more shareholders of Crown Castle, Kinder Morgan, Las Vegas Sands, ONEOK, Seagate and Visa will be collecting in dividends ahead.

Crown Castle International Corp. (NYSE: CCI) reported earnings that beat the high-end of its previous third quarter outlook and it increased the mid-point of expected 2015 guidance after strong third quarter results and to account for its Sunesys acquisition. It now sees funds from operations growth of 8% in 2016. As such, Crown Castle announced an increase to its annual common stock dividend to $3.54 from $3.28 per share.

Kinder Morgan, Inc. (NYSE: KMI), the former MLP that is now structured as a corporation, was one of the companies some might worry about the dividend due to its exposure to oil. Kinder Morgan dispelled such noise as it has increased its quarterly dividend by 16% up to $0.51 per share, and here was the 24/7 Wall St. earnings analysis.

The company further said that its remains on track to meet full-year dividend targets of $2.00 and with substantial excess cash coverage. Kinder Morgan said that it further expects to hike its declared dividend for 2016 by 6% to 10% over the 2015 target of $2.00 per share.

ALSO READ: 9 Great Companies Can Hike Dividends for a Decade

The Kinder Morgan quote does outline some exposure to oil price — While we are largely insulated from commodity price impacts due to our predominately take-or-pay supported cash flows, we are not totally immune. The company has said that it has identified alternative sources of capital and has selected one to meet its equity funding requirements for the rest of 2015 and for the first half of 2016 as a means to eliminate the company’s need to access the common equity markets through mid-2016. The new annualized payout will be 6.5% yield based upon a $30.90 closing price.