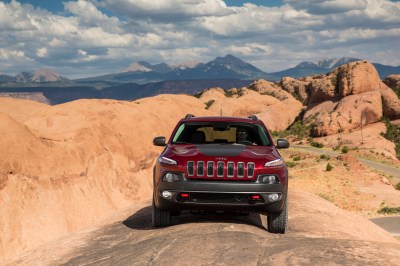 Source: Courtesy of Jeep
Year-over-year sales rose 14% at Fiat Chrysler Automobiles N.V. (NYSE: FCAU) in January to 145,007 units, the company’s best January sales level since 2007. The Jeep brand posted its best January sales ever, with Cherokee sales up 44% and total sales for the brand up 23%.

Year over year, sales of the company’s Chrysler brand are up 11% as sales of the new Chrysler 200 finally picked up in January, with sales rising 30% year-over-year to 14,157 units.

Chrysler projected a seasonally adjusted annual rate of sales in the United States from all manufacturers at 17.0 million units for 2015, down from last month’s projection of 17.3 million. The company ended the month with 101 days supply of inventory, up from 72 days of supply at the end of November.