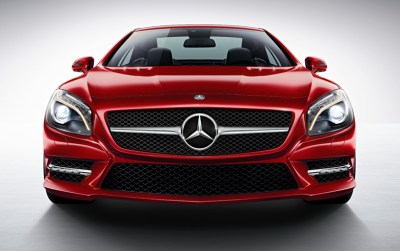 Source: courtesy of Mercedes-Benz
The National Highway Transportation Safety Administration (NHTSA) handled 26 recall, investigation or complaint notices affecting 2014 model year vehicles sold in the United States by Mercedes-Benz. That is one more than the 25 the NHTSA received for Chevrolet vehicles.

In the latest recall of Mercedes-Benz vehicles, the company is recalling 147,224 of various models from the 2013 through 2015 model years to fix a rubber seal that could stick to the hood of the car when the hood is opened and then fall into the engine bay when the hood is closed. If a piece of the seal comes into contact with the car’s exhaust system, the risk of fire is increased.

Now the difference is substantial between the Mercedes-Benz recall and the recall of millions of General Motors Co. (NYSE: GM) vehicles for a defective ignition switch that may be responsible for dozens of deaths. Still, the number of complaints about the Mercedes-Benz defect is non-trivial for luxury cars.

The Mercedes recall also is unlikely to have much impact on the sale of the company’s cars or on its stock price. First of all, the numbers are relatively small due to the vast difference between the number of cars GM/Chevrolet builds and the number that Mercedes builds. Second, and more important, is that Mercedes has built a reputation over many decades as a premium vehicle that is well-engineered, well-built and worth the premium price. A relatively minor issue does not wash away that reputation.

Another more serious recall notice was also posted by the NHTSA late last week. Jaguar Land Rover North America, which is owned by India’s Tata Motors Ltd. (NYSE: TTM), has recalled 16,793 Range Rover and Range Rover Sport 2012 to 2015 models to fix a defect in the software that detects the weight of an occupant of the front passenger seat. A lightweight adult in the seat may not be detected, disabling the passenger-side airbag.

The Land Rover recall is unrelated to last month’s massive recall of more than 20 million vehicles from 10 carmakers due to faulty airbags manufactured by Takata Corp.

Land Rover is another premium brand with a solid reputation for reliability that probably will not feel a significant effect from this recall notice. But nearly simultaneous recall notices by Mercedes-Benz and Land Rover do underscore the fact that even luxury vehicles are not immune from defects.