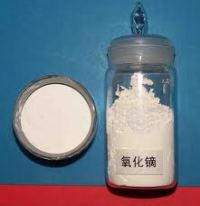 Rare earth minerals miner Molycorp Inc. (NYSE: MCP) held its IPO just less than two years ago, in late July 2010, at an offering price of $14/share, below the anticipated range of $15-$17. Shares climbed to nearly $78 in May 2011 before beginning a slide that has brought the shares back to around $20 today.

The target price on the stock went as high as $125 at Dahlman Rose in early May 2011, and JPMorgan Chase & Co. (NYSE: JPM) raised its target as high as $105 in mid-June. By mid-September, JPM’s target price had fallen to $66 and the rating had dropped to ‘neutral’ from ‘overweight’ and by mid-November the target had been lowered again to $57.

At the same time, analysts at Morgan Stanley (NYSE: MS) still had a target price for Molycorp at $90 with an ‘overweight’ rating. As of early March of this year, Morgan Stanley had an ‘overweight’ rating on the shares with a target price of $81. JPMorgan has cut its target from $39 at the end of 2011 to $23 in May, and this morning lowered the target again to $19.50.

Neither firm has exactly covered itself in glory with its ratings on Molycorp’s stock. JPMorgan boosted its target price to $105 when Molycorp stock was selling for around $50, and as investors continued to dump the stock, JPMorgan continued to trail the market. Morgan Stanley analysts are, if anything, even further behind in reflecting the collapsing Molycorp share price.

There are two items weighing on Molycorp’s share price. First is the decline in prices for rare earth minerals since the beginning of the year. Second, is the continuing search (and, in a couple of cases, discovery) of cheaper substitutes for rare earth minerals. The slow growth of the global economy is not helping boost rare earth prices either. Even the production cuts in China aren’t moving prices higher. The notion that lower prices will stir demand appears to be misguided in relation to the rare earth minerals.