Should Syngenta Take the Offer From Monsanto? 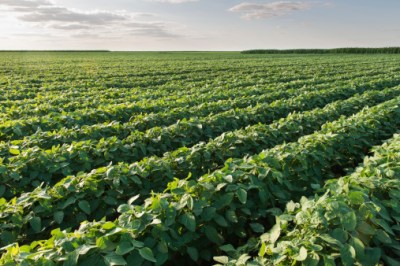 Source: Thinkstock
Monsanto Co. (NYSE: MON) confirmed Friday morning that it had made a private proposal to acquire Switzerland-based Syngenta A.G. (NYSE: SYT) for 449 Swiss francs (about $484) per share in cash and stock. The confirmation came after Syngenta had issued a statement rejecting the offer as undervaluing the Swiss giant.

There are a couple of things worth mentioning here. First, Monsanto’s growth rate has slowed dramatically over the past three years and the company has to figure out a way to turn that around. Going after another large agribusiness company makes a lot of sense.

Then there is Syngenta’s location in Switzerland, a wonderful place from which to avoid U.S. corporate taxes.

Second, Syngenta might think its stock is undervalued, but investors seem to believe otherwise, and they get to cast the deciding vote. Maybe Monsanto is trying to pick up its large competitor for a lower price, but even with the Monsanto bid in its pocket, the stock only managed to reach about 412 Swiss francs on the VTX. That would indicate that a bidding war is not a likely outcome in shareholders’ minds.

Monsanto’s offered buyout price of around $45 billion would create a seed and pesticide maker with a market cap north of $80 billion, bigger than DuPont or Dow Chemical and in the same ballpark with BASF, but still well below Bayer. These are the world’s six largest seed companies, with Monsanto ranked first and Syngenta third. The big six would become the big five and the Monsanto-Syngenta company would be no worse than third in the ranking and eventually may displace BASF in second place.

Syngenta also said in its press statement Friday morning that Monsanto’s offer “underestimates the significant execution risks, including regulatory and public scrutiny at multiple levels in many countries.” This is where the offer gets interesting.

Monsanto has long been considered to be among the most politically connected U.S. firms, at least in the United States. At the top of its list of connections is Supreme Court Justice Clarence Thomas, a former company attorney at Monsanto, and Islam Siddiqui, a former lobbyist for CropLife America, which represented biotech companies including Monsanto and who was appointed by President Obama as the chief agriculture negotiator for the office of the U.S. Trade Representative. He has served in that role until December of 2013. There are other former and current government officials with ties of one kind or another to Monsanto.

In other words, Monsanto has friends in high places, at least in the United States, and the company has managed successfully to deflect criticism of both its glyphosate products sold under the trade name Roundup and its genetically modified seeds, the patents on which it defends with single-minded zeal. Because both Syngenta and Monsanto are international companies, the combination ought to have a significant amount of political clout in every country where it does business.

Why Mining and Metal Stocks Are Setting New Highs