Apple Could Revolutionize the Headphone Market With Its Lightning Port 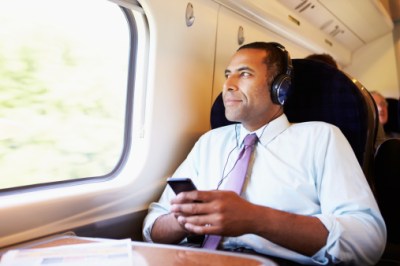 Source: ThinkStock
Apple (NASDAQ: AAPL) could be about to ditch the 3.5mm headphone jack. Although it has served as the standard connection for decades, and has been used in all the iPhones and iPods ever released, Apple may drop it in favor of something new: According to 9to5Mac, Apple will soon allow headphones to be connected to its proprietary Lightning port.

Better audio and more features
Using a Lightning cable in place of the standard 3.5mm would allow for a number of improvements. Most notably, playback of super high quality, lossless audio tracks would be possible, as would the capabilities of headphones attached to the Lightning port.

The 3.5mm jack allows for a level of playback control, but headphones connected to the Lightning port could be far more advanced, able to open and control specific apps. Headphones could draw power from the iPhone, meaning that noise cancelling sets wouldn’t need their own batteries (as they do currently), and future headphones could offer “smart” device functionality.

At the same time, the 3.5mm jack takes up space — removing it would give Apple more room to shrink the iPhone’s case, or use the additional room for something else entirely.

Proprietary headphones?
But if Apple were to eliminate the 3.5mm jack, there would be a number of major drawbacks. Most notably, just about every single pair of headphones currently on the market would not work with future iPhones (unless paired with some sort of converter).

With Beats Audio now a part of Apple, it would benefit the company by driving a headphone upgrade cycle, but consumers may be upset that their current headphones no longer work. That potential backlash could lead some to dismiss the report, but such a move wouldn’t be out of character for Apple.

The company upset consumers when it ditched the standard iPod cable for the Lightning port in 2012, yet it did it anyway. Categorically, Apple has a long history of favoring proprietary cables, seemingly implementing them as often as it can.

A renewed focus on audio
With the acquisition of Beats, and this new report, Apple appears more focused on music than ever before. Ditching the 3.5mm headphone jack in favor of Lightning could initially upset consumers, but the benefits could ultimately outweigh the costs. Assuming Apple were to pair improved headphones with lossless iTunes audio tracks, greater music fidelity could emerge as a key selling point of future Apple products.