The American Companies With The Most Valuable Brands 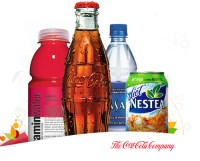 Coke, like Pepsi, made the decision years ago that it was foolish to rely on one type of product–soft drinks. The better strategy was brand diversification. It allows Coke to use its global manufacturing, marketing, and distribution levels across dozens of products. This infrastructure is one that virtually no other company can replicate. Coke’s diversification has been more in the beverage business than Pepsi’s. It has added Fanta, Sprite, Powerade, and processed juices such as Minute Maid. The manufacturing and transportation of these is closer to a carbonated drink like Coke. In theory, this saves money on redundant systems. That makes Coke’s earnings more narrowly than Pepsi’s. That currently makes Coke’s earnings more dependant on sugar prices than its rivals. 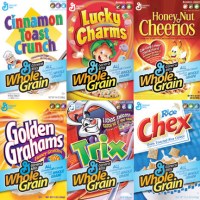 In the 1940’s, General Mills became the sponsor for the radio program The Lone Ranger, drawing many young fans to its breakfast cereals. Today, the company markets popular brands such as Green Giant, Nature Valley, Fiber One, Hamburger Helper, Haagen-Daazs, and Wheaties. General Mills and rival Kellogg’s have to diversity narrowly compared to Johnson & Johnson or P&G. The great majority of its major brands are grains-based–mostly cereals and instant foods. The rare exceptions are Yoplait yogurt and Haagen-Daazs ice cream. These rely much more heavily on dairy products. General Mills has to hedge against wheat, oats  and corn prices. It also has to hope that consumer will accept prices increases for its products or be fooled when the company decreases the sizes of its packages and keeps prices the same.

ConAgra Foods produces a wide variety of food products, including Chef Boyardee, Orville Redenbacher’s, Hunt’s, and Healthy Choice. According to the company, its products are found in 97% of American households. ConAgra Mills is one of the largest sources of grains and flour for other food companies. ConAgra has intelligently used its manufacturing, refining,  and distribution expertise to build its own brand portfolio. 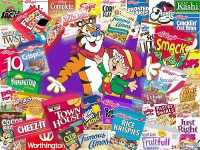 Along with General Mills, Kellogg’s is one of America’s biggest producers of cereal and other breakfast products, featuring 5 of the top 7 cereals sold in the country. Besides its well-known breakfast cereals, which include Raisin Bran, Corn Flakes, and Rice Krispies, the company also makes snacks like Cheez-its, 100 Calorie Bites, Town House and Club Crackers. Kellogg’s challenge has been to move beyond breakfast products, and its success has been very modest. Kellogg’s Corn Flakes is a major brand. Famous Amos cookies, a product usually consumed later in the day, is not. If Kellogg’s has made any mistake, it has been to limit most of its revenue to products used between 6AM and 9AM. 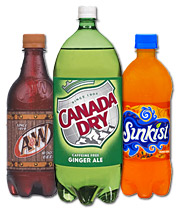 Along with Dr Pepper and Snapple, the Dr Pepper Snapple Group produces such top beverages as 7 Up, Canada Dry, Hawaiian Punch, and Schweppes. Dr Pepper Snapple is the only company on the list which was built by private equity firms from Wall St. Snapple and other related brands were sold to Cadbury Schweppes in 2000. It purchased Dr Pepper/7 Up in 2006. Cadbury sold the combined businesses to the public in 2008. The firm’s portfolio is weak in terms of product concentration. Almost all of its products are beverages, and none are first tier in terms of sales like Coke, Diet Coke, Pepsi or Diet Pepsi. 7 Up is as close to a flagship brand as the company has.

-Douglas A. McIntyre, Charles B. Stockdale, Michael B. Sauter