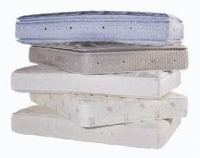 Tempur-Pedic International Inc. (NYSE: TPX) reported disappointing earnings results after markets closed last night and the company’s shares are paying the price today. Shares were down more than 20% in the first 10 minutes of trading.

The company’s comments on the competitive landscape and on international sales are having an adverse effect on competitors Select Comfort Corp. (NASDAQ: SCSS) and Mattress Firm Holding Corp. (NASDAQ: MFRM). Leggett & Platt Inc. (NYSE: LEG), which makes bedding components, has so far escaped the downturn.

The company’s $229 million merger with Sealy Corp. (NYSE: ZZ) is also under fire. Including assumed debt, the deal is valued at around $1.3 billion. Announced late last month, the deal has attracted investor lawsuits claiming that the deal is not in the interests of shareholders other than Sealy’s controlling shareholder, KKR & Co. (NYSE: KKR). KKR paid Bain Capital Partners LLC $1.6 billion for Sealy in 2004.

The deal for Sealy is not subject to Sealy shareholder approval because KKR reportedly has added enough votes to its 46% stake to push the total shares in favor of the acquisition above 50%. That does not mean, of course, that the lawsuits could not materially impact KKR, Sealy or Tempur-Pedic.