Supervalu Hacked and Customer Data May Have Been Stolen 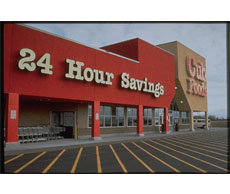 Source: Supervalu Inc.
Supervalu Inc. (NYSE: SVU) reported early Friday morning that some of its food and liquor stores suffered a “criminal intrusion” of the computer network that processes payment card transactions. The breach may have resulted in the theft of account numbers and, in some cases, other private user information. The company also said that the data may have been stolen between June 22 and July 17 at 180 of Supervalu’s 3,320 stores.

The company said it had retained third-party data forensics experts that are continuing to work with store staff to understand “the nature and scope of the incident.” Supervalu did say that it believes the intrusion has been contained and that the company “is confident that its customers can safely use their credit and debit cards in its stores.”

The company offered no detailed information on the number of card accounts affected by the intrusion but said the breach was “quickly contained” by its internal staff. A similar incident last fall at Target Corp. (NYSE: TGT) stores resulted in the theft of 40 million card numbers and personal information on 70 million Target shoppers.

Target has had some difficulty regaining its footing following the theft of its customers’ data. Supervalu is a much smaller company, with a market cap of around $2.5 billion compared with Target’s value of nearly $37 billion. If Supervalu’s customers avoid its stores, the impact could be greater than the lost sales that Target experienced last year.

Supervalu’s shares were trading down nearly 3% shortly before noon on Friday at $9.30, in a 52-week range of $5.38 to $9.64. The high was posted about two weeks ago, and the stock came within a penny of the high on Thursday.