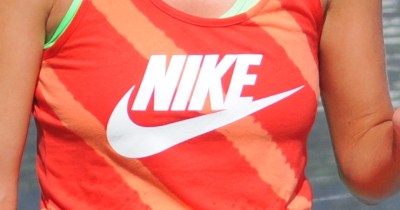 Source: Wikimedia Commons (Christian Mesiano)
Nike Inc. (NYSE: NKE) chairman, former CEO and co-founder Phil Knight will step down as chairman. He leaves behind a legacy as one of the most successful public company leaders of all time. Nike’s stock has risen 2,300% over the past two decades, compared to 324% for the S&P 500.

During the past decade, the period for which data is most readily available, Nike revenue has risen from $13.7 billion to $27.8 million last year. Net income has moved higher by $1.2 billion to $2.7 billion last year. The figures are particularly impressive given the number of sports apparel rivals that have taken a run at Nike or one of its product lines. First among these is Adidas, which bought the Reebok brand in 2005. Though that brand had done particularly well in the United States, it does not hold a strong position any longer.

As Knight retires, the last full year of his tenure has just ended. Revenue increases have not ended, particularly impressive for a company its size. In the fiscal year that just finished, revenue moved up 10% to $30.6 billion. Net income rose 22% to $3.4 billion. Much of Nike’s success is due to its expansion overseas. As part of the annual revenue report, Nike posted sales of $5.7 billion in Europe and $3.1 billion in China. In every market, Nike has a significant rival. Its products and brand have pushed it forward though.

According to Interbrand, Nike is the 22nd most valuable brand in the world, with a brand value of $19.9 billion, up 16% in 2014 compared with the year before. That makes Nike’s brand more valuable than American Express at $19.5 billion and Pepsi at $19.1 billion.

Nike was incorporated in 1971. Knight has shepherded it every step of the way since then. An impressive legacy by any measure, and one that has lasted longer at 44 years than those of many founders.