Does Altria Stock Offer More Than a Pretty Dividend?

Tuesday was even a little brighter. The stock price rose by more than 4% from Monday to trade above $40 a share. The Dow Jones industrial average was up about 4.3% in the late afternoon Tuesday.

It’s no particular secret that Altria enjoys its relative position in the hearts of Wall Street traders because of its dividend yields. Even after the Monday massacre, the yield on the stock was 8.22%. By Tuesday afternoon, it had added another 101 basis points. If Altria stock were still trading at around $50, as it was on January 30, instead of just under $40, the dividend yield would be closer to 6.8%.

Can Altria maintain that high dividend yield despite a massive write-down on its $12.80 billion investment in Juul Labs? Are there other reasons to question the company’s ability to keep its dividend at sky-high levels?

Over the past two quarters, Altria has written down about $8.60 billion of its investment in Juul, divided roughly equally between the last two quarters of 2019. The impairment charges sent GAAP earnings tumbling. For the fourth quarter, Altria posted a loss per share of $1.00, and for the year the GAAP net loss per share was $0.70.

The company lowered its compounded annual adjusted diluted EPS growth objective from its previously announced objective of 5% to 8% to a new range of 4% to 7% for the years 2020 through 2022. The lower estimate primarily reflects Altria’s current expectations for no equity earnings from Juul at least through 2022.

Altria’s reputation as one of America’s best “safe haven” stocks virtually guarantees that the dividend is safe. The company has raised its dividend for 11 consecutive years. If Juul can turn around in 2022, the lowered basis for Altria’s share will lift the company’s market cap significantly.

At the end of 2019, Altria reported $2.12 billion in cash and short-term equivalents, no short-term debt and $23.58 billion in long-term investments (including the Juul impairments). Long-term debt totaled $27.04 billion and cash flow from operations totaled $7.84 billion.

For the 2019 fiscal year, Altria paid $6.07 billion in dividends and repurchased $845 million in common stock. Retained earnings still amounted to $36.54 billion, even after the Juul debacle.

Altria also took a flyer in the cannabis business with a $1.80 billion investment in Cronos Group Inc. (NASDAQ: CRON). That investment soured in the second half of last year when cannabis stocks absolutely crashed as a result of Canadian government slow-walking and companies trying to buy market share for derivative products.

ALSO READ: Will Lyft Stock Ride Out the Coronavirus?

What Altria needs to do (and its balance sheet indicates it has the wherewithal to do it) is develop another revenue stream. In the past four fiscal years, revenues have increased from $19.34 billion to $19.80 billion. That’s a compound annual growth rate of just 0.6%.

Smokeless Products Riding to the Rescue

Altria’s Marlboro brand is perhaps the best-known brand in the world. While the company’s intangible assets continue to grow, reaching $12.69 billion in 2019, its goodwill is diminishing, falling from $5.2 billion in 2018 to $5.18 billion last year.

On June 18, 2021, the U.S. Food and Drug Administration (FDA) will require stronger warnings on cigarette packs, cartons and advertising in the United States. The FDA has approved 11 different warnings and photographs that cigarette makers will have to submit for agency approval within five months of March 17. A couple of the photos and warnings are shown here. 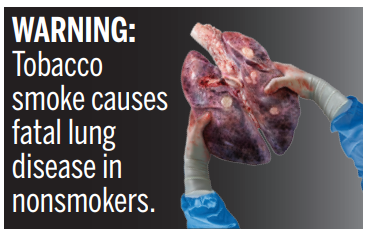 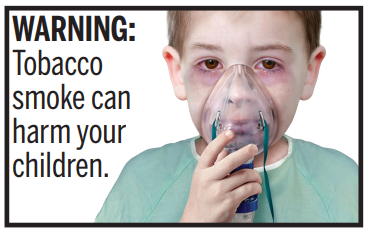 The warnings must cover the top half of both front and rear cigarette packs and the left half of both long sides of a carton. In advertising with a visual component (print, web, video and so on), the warning must cover 20% of the ad space and be clearly visible. The different warnings must be randomly and equally displayed in packaging and must be rotated at least every quarter in advertising.

Altria’s sister company, Philip Morris International Inc. (NYSE: PM), has begun selling a smokeless nicotine delivery system called IQOS through its Philip Morris USA branch. Unlike the vaping devices made by Juul and others, the IQOS system does not burn anything. It heats a short tobacco roll, releasing the nicotine.

No smoke to inhale, less danger to the user. That’s the big selling point. Unfortunately, the FDA prohibits the company from saying that IQOS is safer than cigarettes. Maybe it is, but only the FDA can say, and that may take years of studies. As uncertainty goes these days, that’s pretty far down today’s list of what could go wrong.

What Altria and Philip Morris have going for them is a firm belief on the part of the FDA that any nicotine delivery system that does not involve burning tobacco is better than smoking cigarettes.

The investment in Juul was certainly due in part to Altria’s desire for a device that could generate revenues quickly. That may still happen, but not for a while. The IQOS system may be better than vaping, but without FDA approval, who’s going to believe that?