Is the U.S. Headed Toward a Budget Surplus? 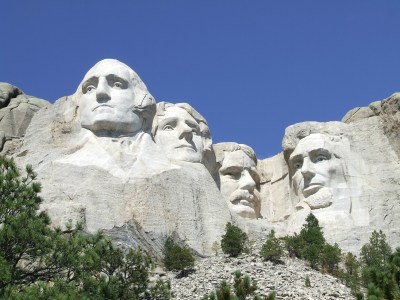 Source: U.S. National Park Service
The last time the United States had a budget surplus was in 2001, according the White House. Unimaginably, it may have one again, and within a very few years.

The Congressional Budget Office (CBO) recently estimated that the federal deficit through the first nine months was $366 billion, which was significantly better than the $510 billion deficit for the same period during the 2013 fiscal year. The primary reason for the improvement was receipts, which improved by $172 billion.

Of this receipt improvement, the great majority was from taxes. This included an improvement of $54 billion from individuals, $69 billion from Social Security payments and $29 billion from corporations. In theory, as the economy improves, each of these should rise.

As federal austerity programs take place, the increase in expenses should not rise, or at least not at the pace of income. And much of the drop in expenses so far this year should continue. These include a $26 billion drop in defense spending and a $19 billion drop in unemployment benefits. The benefit in unemployment costs will continue because of the expiration of the Emergency Unemployment Compensation program last December

The CBO reported last September that there was a path to deficit reduction, and that path runs through Congress. An improving economy will help. However, the CBO commented that the “policies used for deficit reduction” and “timing of deficit reduction” might contribute to expenses that are hundreds of billions of dollars below CBO and White House forecasts for the next three years.

A budget surplus is within reach for the first time in nearly a decade. If GDP improvement accelerates to an unpredicted 4% rate, which some economists believe it could reach at the end of this year, even modest expense control will make up the difference.