CEO Pay: Enough or Too Much? 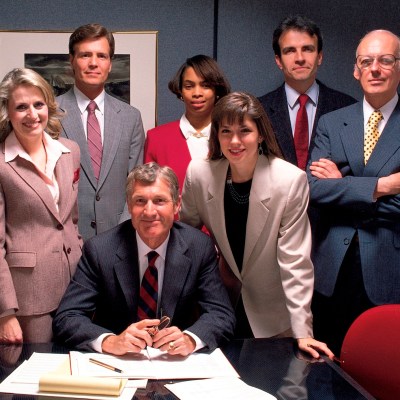 Source: Thinkstock
The argument over CEO pay has been raging for years. Are CEOs overpaid compared to the pay of an average worker in the company? The issue is directly related to the current debate over income inequality.

A requirement approved by the U.S. Securities and Exchange Commission (SEC) under the Dodd-Frank Act that would require companies to reveal their CEO pay ratios is scheduled to become effective next year. Even before the new administration took over there was plenty of opposition to the proposed requirement.

In a paper published last October and revised earlier this month before being presented at the August annual meeting of the American Accounting Association, researchers found that “industry-adjusted CEO pay ratios are positively associated with higher quality acquisitions and stronger CEO turnover-performance sensitivity.” The results indicate that high CEO pay is not, on average, economically harmful to the company.

While pay for the CEO of a publicly traded U.S. company is disclosed in the company’s SEC filings, and therefore may be compared by interested employees with their own pay, a publicly disclosed pay ratio may provide more information to investors regarding whether or not a large discrepancy between top executives’ pay and that of average workers affects the firm’s overall value.

The researchers obtained CEO pay ratios for 817 firms and compared these with the firms’ financial results for the following year. Their findings suggest, other things equal, that “firms with higher CEO pay ratios have higher market value.” The effect, while “not excessive,” is “quite significant,” and leads to a relative return on assets of 13% to 15% in the following year.

[T]hese findings indicate that reductions in worker productivity (if any) due to high disparity between CEO pay and average worker pay are not significant enough to have firm-wide value and performance implications. They are also inconsistent with the notion that high CEO pay ratios signal governance failures and CEO rent extraction. In contrast, our results are consistent with the argument that firms with high CEO pay ratios are likely to be managed by more capable CEOs.

There are other interesting results. For example, CEO turnover increases where CEOs are highly paid if the firm fails to perform. The researchers also noted that circumstances that are outside the CEOs control (pay-for-luck) have little effect on the ratio between CEO pay and a firm’s value.

While the researchers’ conclusions indicate that a firm’s value and worker productivity are not affected by high CEO pay ratios, they don’t address the social implications of income inequality. That argument will likely continue to rage.