Big Oil to Outperform Amid Signs of a Bottom 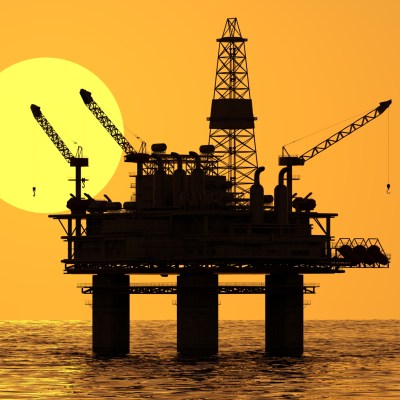 Source: Thinkstock
The last major bottom in oil came in on February 19, 2009, at $33.87 a barrel. What we saw then was a false bottom in the upper $40s two months before, followed by a lower low into February that marked the final bottom. We are seeing something similar now with what proved to be a false bottom in the mid $40s in March, followed by a lower low at $38 on August 24. If this is the final bottom, it will share another important similarity with the 2009 bottom. That is, oil will have bottomed along with stocks.

The technical chart also looks bullish since August 24. A quick run up in oil slammed into the 50-day moving average (DMA), settled back down and then broke through that technical indicator two weeks later, establishing the 50 DMA as support. Another run up began in early October but backtracked after hitting resistance, this time at the 200 DMA. Oil is now bouncing between those two technical indicators. If and when it breaks above the 200 DMA, it will be a strong sign the bottom is well behind us.

Amid this potential bottom, Big Oil is now engaged in cost-cutting operations with mass layoffs and project cutbacks. This could start a positive feedback loop for both oil and oil stocks as the cutbacks will have a positive effect on oil equities and at the same time cut future supply, buoying the price of oil itself. This would have the effect of further supporting oil stocks, hence the positive feedback loop.

We have seen some evidence of this in Royal Dutch Shell PLC (NYSE: RDS-A). On September 28, Shell announced the abandonment of its arctic drilling plans. The stock then rallied over 20% for seven consecutive trading days.

Shell is not alone in cutting back significantly. Schlumberger Ltd. (NYSE: SLB) just announced further layoffs, after already cutting its workforce by 11,000. Chevron Corp. (NYSE: CVX) plans to cut its workforce by 1,500, and has already begun doing so. BP PLC (NYSE: BP) has planned $1.5 billion in cost-cutting measures.

The only company to resist mass layoffs and cutbacks has been Exxon Mobil Cor. (NYSE: XOM). It can afford this because of its size and efficiency. It is still making healthy profits despite the plunge in oil prices, while its competitors are scraping by or running losses. This is where economies of scale really pay off.

The fact that Exxon is not cutting back also provides a higher risk and higher potential reward for Exxon shareholders. On the one hand, the fact that Exxon is not moving to cut costs or production could hurt it compared to its competitors if oil has yet to bottom and price continues to fall. On the other hand, if oil rebounds from here, which looks increasingly likely given the charts and similarity to the 2009 bottom, Exxon will be alone at full capacity, its competitors having already cut back to preserve capital. This will increase its market share.

While cost-cutting measures are supporting its competitors, Exxon is the only one going full steam, sacrificing short-term gain in its stock for potential long-term market share. Exxon is normally not a leveraged play in this respect, but being the only Big Oil company to resist cutbacks gives it a slightly leveraged quality over its competitors.