4 Big Pharmaceutical Stocks to Buy for the Rest of 2015 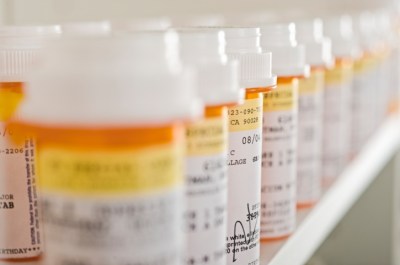 Source: Thinkstock
While most people consider big pharmaceutical stocks very defensive, the fact of the matter is that they offer investors terrific growth and income possibilities, which can lead to outstanding total returns. In a new research report, SunTrust Robinson Humphrey analysts expect the industry to outperform in 2015, driven by a solid new product cycle, an attractive five-year growth rate and, plain and simple, stocks that are currently under-owned as a percentage of the S&P 500.

The SunTrust team believes the stocks can perform well in what is an inevitable rising interest rates environment. They are also of the opinion, as many on Wall Street are, that the industry could see substantial mergers and acquisition activity as the big players look to fill product gaps or cover patent expirations.

Bristol-Myers is a top large cap stock preferred at many Wall Street firms. The U.S. Food and Drug Administration (FDA) in late December granted accelerated approval to Opdivo (nivolumab), a new treatment for patients with unresectable (cannot be removed by surgery) or metastatic (advanced) melanoma who no longer respond to other drugs. Many analysts are bullish on the drug and look for more updates and launch information to be forthcoming soon. With a host of additional pipeline candidates, the stock makes good sense at current levels.

Bristol-Myers just announced plans to invest in Dutch biotech company uniQure in order to get access to their coveted gene therapy technology platform for cardiovascular diseases. The two companies agreed to work together to battle this specific disease with gene therapy.

Bristol-Myers investors are paid a 2.3% dividend. The SunTrust price target for the stock is $70. The Thomson/First Call consensus target is $65.90. Shares closed trading Monday at $63.

Though it has faced some of the more negative stock coverage from Wall Street, some analysts may have over-focused on patent expirations on key products, which has kept enthusiasm muted on the stock. Eli Lilly and partner Boehringer Ingelheim recently received FDA approval for Glyxambi (Jardiance/Tradjenta) tablets for use as an adjunct to diet and exercise to improve glycemic control in adults with Type 2 diabetes. The FDA approval of Glyxambi helps to make up for the loss of revenues from the genericization of drugs like Cymbalta and Evista, which hurt fourth-quarter earnings.

The company announced recently that it is preparing to resume the Phase 3 study on its chronic pain candidate tanezumab with partner Pfizer. The FDA had imposed a partial hold on tanezumab and all other anti-nerve growth factor antibodies because of some adverse events (which were initially described as osteonecrosis), all of which led to total joint replacement.

This stock has been hit hard since printing a high in late January, and it may be offering new investors a very good entry point. It also remains a leading health care company that is on the focus lists of many of the top firms we cover. The company’s numerous prescription medicines, vaccines, biologic therapies and consumer care and animal health products are provided to customers in more than 140 countries.

Many Wall Street analysts feel that company’s purchase of Idenix last summer for $3.85 billion to acquire its hepatitis C pipeline could pay off huge for investors in the future. With many potential catalysts this year, a rebound is a distinct possibility.

The company has recently formed a partnership with privately held Syndax to combine their drug entinostat in combination with Merck’s checkpoint inhibitor called Keytruda, which was approved last September by the FDA for patients with advanced melanoma. A mid-stage study of Keytruda and entinostat is expected to start in the second half of 2015 in some patients with lung cancer and melanoma.

The pharmaceutical giant pays shareholders a very solid 3.2% dividend. The SunTrust price target is $72. The consensus target is set at $63.77. Merck closed Monday at $57.18.

This company is one of the SunTrust analysts’ top picks in specialty pharma. The stock was absolutely destroyed back in the fall when AbbVie made it clear with tax inversion benefits gone that it wanted out of the planned acquisition of the company. Shire had repositioned its business two years ago, undertaking a realignment program with strategic focus on rare diseases and greater operational discipline. Shire has drugs for ulcerative colitis and hereditary angioedema in its portfolio. Shire also has the top selling Adderall XR for the treatment of ADHD.

While the company is being challenged by hedge fund manager Kyle Bass on patents for Lialda and Gattex, which according to filings, together would have made up approximately 12% of Shire’s revenue in 2014, such challenges can take time, and despite the headline risk, the stock remains a solid buy.

With interest rate hikes perhaps pushed out to the fall or as late as the end of the year, and growth being harder to find and justify, these big pharmaceutical stocks make good sense for the rest of the year.