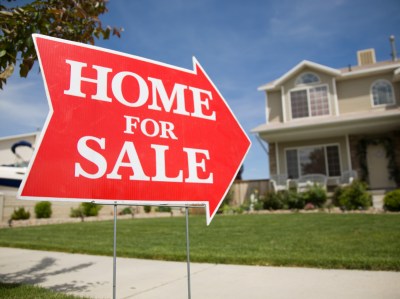 RealtyTrac’s list of the cities with the best bargains in foreclosed properties contained few surprises.  What may not be well-known, however, is that many investors from outside the United States are taking in an interest in the market.

Foreigners purchased about $41 billion worth of residential property in 2010, accounting or about 4% of the market, according to the National Association of Realtors.    About 28% of realtors reported having at least n international client.  Sales to foreigners were reported in 39  states though they were concentrated in Arizona, California, Florida, and Texas, the NAR says.  Other states are attracting overseas investors as well as the dollar continues to weaken and the real estate market continues to meander along the bottom.

Among the areas that are of interest is Memphis,  which according to RealtyTrac offered investors a 54.07%  discount verses similar properties, the biggest of any city in the country.   These deals have piqued the interest of investors from Australia and other parts of Asia, who already are keen on the city because of its ties to Elvis Presley.  Memphis ranked 68th in total foreclosures in 2010.

“We are seeing heavy interest from foreign investors this year … A lot of foreigners have been watching the U.S. real estate market,” says Ryan Hinricher, senior housing analyst at Investor Nation,  a real estate investment and property sales firm that deals with foreign clients and is active in Tennessee. “The U.S. is still viewed as a safe place to park your money.”

Besides Australia, investors from China, the United Kingdom and France are taking a shine to U.S. real estate. Canadians continue to be active as well.  Hinrichner added that European pension funds are expected to double their investment in American real estate this year to $1 billion.

Foreign purchasers tended to buy at the upper end of the market with average home prices of $219,000 compared with the average selling price of $173,000,  NAR says.   Data from the association, however, does show that overseas investors are active in many price points.

Indeed, there are many bargains to be had in the U.S. real estate market for adventurous investors regardless of national origin.  Rounding out RealtyTrac’s list are Rust Belt cities such as Cleveland, Buffalo, Rochester along with San Jose and San Diego, Durham, North Carolina and Portland, Maine.

RealtyTrac provides in-depth detail for what it calls “The Top Ten US Markets For Buying & Investing in 2011” They explain their methodology as follows: “In selecting the Top 10 list, we started with the nation’s 100 largest metropolitan statistical areas (MSAs) based on poulation. We then filtered out the top 25 metro areas in each of 10 categories relating to foreclosure activity, unemployment rates and sales prices and tabulated which metro areas showed up most frequently in those top 25 lists” The RealtyTrac markets are as follows:

Though foreign investors usually shy away from Rust Belt cities, many American investors are willing to gamble on the housing market there.  More investors would risk their money in the market if there were more favorable tax treatment   Non-U.S. based investors also have more hoops to jump through than Americans.

“My international clients never ended up purchasing because they could not get financing, even though their assets and cash available was very good.,” one Realtor told the NAR.   “I tried several different lenders and banks and no one would give them a loan.  They said it was because they didn’t have a Social Security number, and there was no way for them to verify their income or assets or look at their tax returns”