Ho-Hum: iPhone to Get Larger Screen 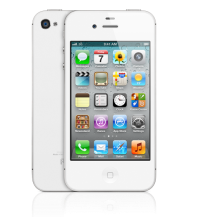 The 3.5-inch screen on the iPhone from Apple Inc. (NASDAQ: AAPL) may be elegant, but it’s also puny compared with the 4.5-inch screens available from other smartphone makers. A report in The Wall Street Journal reports that Apple is revving up manufacturing for a revamped iPhone that will have a screen that measures “at least 4 inches diagonally.” The latest revision to the iPhone is rumored to be set for October or November, and that’s when the new and larger device will become available.

Samsung Electronics (OTC: SSNLF.PK) recently introduced a 4.8-inch screen on its Galaxy S III, half-an-inch larger than the 4.3-inch screen on the company’s existing Galaxy S II model. The new device is scheduled to launch in the US this summer.

Apple is reported to be considered making a smaller version of its iPad tablet as well. Like the iPhone, the tablet’s screen size has remained unchanged since the iPad’s introduction. Other tablets, including the Kindle Fire family from Amazon.com Inc. (NASDAQ: AMZN) and the Nook from Barnes & Noble Inc. (NYSE: BKS) have had success with smaller screens.

Apple and Samsung currently account for more than 50% of all smartphones sold, and Apple’s iPad really has no serious competition yet in the tablet market. The issue for Apple is whether or not it wants to get out in front of the mobile device market with a new product that raises the bar for everyone else. A “me-too” smartphone with a larger screen or a similar shrinking of the iPad screen is not the sort of change a leader makes. Especially when the evidence (i.e., sales) indicates that consumers can’t get enough of the products you already have.

Apple’s strength has always been to build a product that none of us knew we wanted because we don’t have the vision. Anybody can make screens bigger or smaller. Apple should be doing something else. Like building a cheaper phone that would appeal to the half of the world that can’t afford to buy the current iPhone.