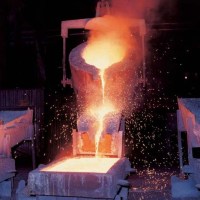 We have been looking for value stocks as investors have started to look for cover in the markets where they can still have equity exposure but try to get some protection compared to the broad market.  The Industrial Goods sector is far too broad by our own ranking as you will see many of these companies are not truly related to each other.  We have found six standout companies with low multiples of book value as would be screened by value oriented investors.  These are Eaton Corporation (NYSE: ETN); Kennametal Inc. (NYSE: KMT); Republic Services, Inc. (NYSE: RSG); Raytheon Co. (NYSE: RTN); Stanley Black & Decker, Inc. (NYSE: SWK); and Timken Co. (NYSE: TKR).

Before just considering book value, we always look for more.  We looked for companies which are still expected to have respectable earnings growth.   Analysts expect next year earnings expansion ranging from Raytheon’s 12.8% to Kennametal’s 23.5% growth.  We have also considered a consensus price target from analysts for those companies which have implied upside for investors, and this group ranges from 16% to 33% upside.  We also only consider liquid issues, and the floor for this group was average daily trading volume exceeding 750,000 shares. Except where otherwise noted, the source for all performance and financial data is Finviz.com.

Eaton Corporation (NYSE: ETN) has a price to book value of 2.1  to 1.  Eaton’s market cap is almost $17 billion, ranking it second among these companies.  Its forward PE is about 10.5, placing it in the top-tier of these companies.  With a consensus target price of $60.96 from Thomson Reuters, Eaton has an implied upside exceeding 24%.  In Thursday trading Eaton’s shares closed at $48.85 and the 52-week price range is $30.65 to $56.12.  The power management company is now larger than what we would expect as an acquisition target as its market cap is north of $16 billion, so if you like Eaton it better be for its own merits. If analysts are right, that $60.96 would be an all-time high.  Our caveat in Eaton is that a substantial portion of its “value” in equity is tied to intangible assets and goodwill.

Kennametal Inc. (NYSE: KMT) posts a 2.2 to 1 price to book value.  This is sometimes a bit high by our count, but the specialty materials and metalworking outfit is one that has the right size and the right angle for many value investors.   Its market cap is $3.3 billion, making it the smallest company discussed here.  Its forward PE is less than 12.  With a consensus target price of $48.45, Kennametal has an implied upside of 19%.  In Thursday trading Kennametal shares closed at $40.63 and the 52-week trading range is $23.75 to $43.84.

Republic Services, Inc. (NYSE: RSG) boasts a 1.5 to 1 price to book value, best among these companies.  Imagine, value in garbage.  Its market cap is almost $12 billion.  Its forward PE is slightly less than 14.5 With a consensus target price of $36.17, Republic has an implied upside of 16%.  In yesterday’s trading Republic’s shares closed at $31.1, down 0.06%.  The 52-week price range is $27.33 to $33.10.  What is interesting about Republic is that its screened criteria made this one a stock which we said was one of our Ten Stocks To Own For The Next Decade.  Its rival Waste Management, Inc. (NYSE: WM) is often in the same boat and much of the value analysis is relative between the two companies.  This was also formerly a Warren Buffett stock, but it was still a Bill Gates holding when we last looked.

Raytheon Co. (NYSE: RTN)  sports a 1.7 to 1 price to book value. Its market cap exceeds $17 billion, largest among these companies.  Its forward PE is lower than 9, ranking it first among this list of companies.  With a consensus target price of $56.41, Raytheon has an implied upside of 16%. In Thursday trading Raytheon shares closed at $48.39, down 1.49%.  The 52-week price range is $41.60 to $52.67.  This defense stock was one of our higher-yield dividend defense stocks reviewed as the fighting in Libya escalated.  The maker of the Patriot Missile system and many other defense and war technologies also carries a large amount of goodwill and the reason it has low earnings multiples is because the Department of Defense is under significant budget pressure which is not going to go away.

Stanley Black & Decker, Inc. (NYSE: SWK) posts a 1.7 to 1 price to book value, placing it in the top-tier of these companies.  We do want to make the reminder that this tool-maker for builders and carpenters (and for you around your house) is now the “newly amalgamated” Stanley and Black & Decker after the merger.  The company is also still considered by many investors to be searching for acquisitions as well.  Its market cap is almost $12 billion and it carries a forward P/E ratio of less than 12.  With a consensus target price of $86.13, Stanley Black & Decker has an implied upside of 21%. In trading yesterday the company’s shares closed at $71.06 and the 52-week trading range is $47.64 to $77.75.

Timken Co. (NYSE: TKR)  posts a 2.3 to 1 price to book value. Its market cap is less than $5 billion, ranking it one of the smaller companies listed here.  The company is part of America’s core manufacturing as it makes bearings, seals, and many other internal components for machines and machinery.  Its forward PE is slightly greater than 10, placing it in the top-tier of these companies.  With a consensus target price of $64.86, the machine tool manufacturer has an implied upside of 33%.  In Thursday trading Timken’s shares closed at $48.65, and the 52-week price range is $24.45 to $57.60.  If the target price is realized by analysts, that will mark an all-time high.

While many companies have high balances of goodwill and intangible assets, we are currently looking for value among peers.  We are not considering liquidation values and therefore are not using the analogy that “You can’t pay your rent with goodwill.”

Warren Buffett was quoted back in the 1990s saying, “Your goal as an investor should simply be to purchase, at a rational price, a part interest in an easily-understandable business whose earnings are virtually certain to be materially higher five, ten and twenty years from now.”  We don’t go along with the Buffett model of forever any longer, but you get the idea.

This is also not a value review digging through the garbage heap.  As one investment manager said at The Value Investing Congress when asked about how she starts her screens for finding value stocks, “Actually, I usually start my screens by seeing which stocks have been hitting 52-week lows for a while.”  There would not be a value category of the growth trajectory was never interrupted and if problems had not arisen.