The 13 Countries That Control the World's Gold

It was rather surprising to see Taiwan as one of the world’s largest gold holders.  Maybe it is for the nation’s vast electronics business, or maybe it is to financially stay relevant in its long ongoing confrontation with China.  The nation is already considered wealthier per capita than many neighboring countries, but with the accumulation of gold made by China it almost seems unlikely to expect much major selling now from what was formerly known as Formosa.

It was also surprising to see Portugal in the top fifteen holders of gold.  This must go back to the days of its empire building ambitions considering that its population is only just under 11 million people.  Or maybe it was that the nation was able to remain neutral in World War II.  If the PIIGS nation is in such dire straights, maybe its benefactors could consider taking pledges of some of its gold assets.  As Portugal has been a part of Central Bank Gold Agreement and a seller in recent years, it would seem likely that the country would unload more of its holdings.

If you ask politicians which nation is the most  least trusted in the Western Hemisphere, the answer is likely Venezuela.  Hugo Chavez has been no friend to America and the wealth coming to the country from its oil sales and from nationalization (some would say seizure) of businesses has only brought more wealth to the nation.  With its population of more than 27 million people, Venezuela is the sole Latin American country in the top fifteen gold holders of the world.

In 2010, Venezuela was listed by the World Gold Council as having been a buyer of 3.1 tonnes after buying 4.1 tonnes locally in 2009.  There is no reason to expect that to change.

The International Monetary Fund holds some 2,846.7 tonnes, which would give it the ranking of No.3 in the world if it was a sovereign nation.  The IMF might see continued pressure on its gold reserves ahead, unless more gold is pledged to it by stronger nations to assist in ‘stabilization’ bail-outs.  The IMF’s Executive Board approved the sale of 403.3 tonnes in September 2009, which came to about one-eighth of its total gold holdings at the time. The work ahead for the PIIGS alone requires billions and billions of dollars, and the IMF has been involved there.

The European Central Bank holds 501.4 tonnes of gold and would rank No. 12 if it was ranked as a nation rather than a governing body over nations in a region.  What this amount will be when the IMF and data statistics unit reports at the next update is anyone’s guess.  The European Union bailout funds have to come from somewhere other than IOU letters, but the source is up for debate.  E.U. member nations transferred in gold reserves and transferred in foreign reserve assets and the initial target for members was 15% of the total.  As at September 2010, the ECB held 26% of its reserves in gold.

The huge growth mechanism in the gold universe has been from the SDPR Gold Shares (NYSE: GLD) with its 1,260.84 tonnes as of this week, which is more fresh data.  You will see more of a “full gold ETF picture” later to make this more of an apples-to-gold comparison.  The “GLD,” as it is called by investors  would be ranked above China and behind Italy in gold reserves if it were a central bank.  The value of its holdings is roughly $54.4 billion .

Most investors do not need an introduction to this exchange-traded product any longer other than the  reminder of just how large and just how dominant this is.  The most recent 2010-end data from the World Gold Council noted that the gold ETFs monitored in sum had net inflows of 361 tonnes during 2010 versus some 617 tonnes of net inflows in 2009.  The total holdings of ETF gold now hit a new high of 2,167.4 tonnes with a value of some $98 billion.  The “GLD” accounted for more than half of all tracked ETF products.  All in all, this is a staggering figure because this is the easiest of all gold holdings to track almost daily.

Elsewhere on the globe…. 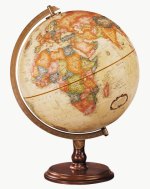 If you tally up the top fifteen central banks of the world (including ECB and IMF), the total is more than 25,500 tonnes. If you add the value of the exchange-traded products with more than 2,100 tonnes, then the total value of the top 15 central banks and quasi-governmental agencies comes to more than $1.15 trillion before personal gold holdings, industry holdings, jewelry holdings and more. The top 15 nations and entities still dominate the world of gold. Of the 113 countries and equivalents, the world’s gold reserves come to 30,546.1 tonnes at the central bank level.

Perhaps the largest surprise was to see that the United Kingdom ranked #17 on the list of central banks by assets, preceded by Saudi Arabia and followed by Lebanon. To get a clear picture of the world’s gold use and supply, we wanted to see other annual data as well.

We wanted to look at the industry and private holdings that are making an impact in gold as well.  What about markets and exchanges?  COMEX has shown that “the total non-commercial and non-reportable net long positions” that shows more speculative investment demand was high again in 2010.  The 2010-end data from the World Gold Council showed that the net-long position was roughly 26.3 million ounces or some 818.1 tonnes of gold.  The over-the-counter derivative market is of course very difficult to track, but it is believed to have positively added to the price of gold in 2010.

There has been a huge market for gold bars and gold coins, which is not shocking if you have watched any financial televsion promotional commercials in recent times.  The World Gold Council noted that physical delivery at the Shanghai Gold Exchange alone was 836.7 tonnes in 2010 and that 236.6 tonnes were delivered during the fourth quarter.  Investors in India are said to remain strong as well as elsewhere in Asia.  The figure from the U.S. Mint is that Americans bought roughly 1.2 million ounces, about 38 tonnes, worth of American Eagle bullion coins in 2010 after the 2009 figure of 1.4 million ounces or some 44.3 tonnes.

What about the world of jewelry, what “the rest of us” think of as the main use of gold?  The World Gold Council’s recent year-end data is not complete for jewelry, but it showed that global jewelry demand was up 18% for the first nine-months of 2010 at some 1,468.2 tonnes at roughly $55.5 billion.  To show just how much India loves gold jewelry, its portion of 2010’s first nine months total was some 513.5 tonnes and that is more than one-third of the demand.

And mine production and recycling?  The total gold supply from mine production, recycling, and from official sector transactions came to 2,993.3 tonnes in the first nine months of 2010.  Despite a gain in the first quarter of 2010, the World Gold Council said that this figure represented a drop lower by 3.1% versus the same period during 2009.  The belief is that gold from mining and recycling will have risen for 2010 and will reach levels seen at the start of the decade.

Calculating the real value of “above gound gold stocks” will vary from source and to source and it is almost impossible to value the hidden sums of gold that is unreported or that has been in family hands.  The World Council did put out a rough estimate of the total value as being some $7.277 trillion based on 2009 volume and the fourth quarter of 2010 average gold prices.