The 24/7 Wall St./Flame Index: The Press Turns Against Chevron 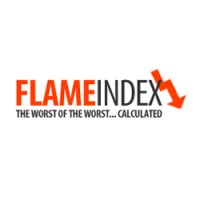 Negative press about Chevron (NYSE: CVX) has reached a boiling point after news that the oil company had been hit with a $9.5 billion ruling by an Ecuador count. The penalty comes from pollution of the local rain forest.  Chevron said it will appeal the court’s decision.

Note: The Flame Index scans thousands of news sites 24 hours per day and ranks companies getting the most negative press right now. The Flame Index Media Analysis Algorithm crunches the data for an up-to-the-minute ranking of the worst companies.

The Flame Index started as a research tool in 2008 at the NY Innovation Design Lab (nyidlab). It was used as a general metric to evaluate companies and their risk in the media. Publicly-traded Fortune 500 companies are used as a measure to calculate an overall market of negative news and the companies are ranked within that market.