Are French Banks Next On The Block After Italy? (EWQ, FTE, BNPQY, EEA, FEZ, IEV) 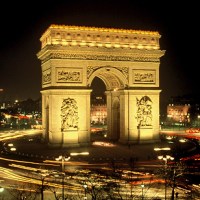 By now, the term “PIIGS” is rather well-known due to debt woes and economic woes of Portugal, Ireland, Italy, Greece, and Spain.  French banks have been considered as having above-average exposure to Greece.  What if the “Pigs” by pronunciation is soon to become the “Figs” by pronunciation? We at least want our readers to think about some possibilities here.  It is at least possible that the “PIIGS” could become the “PFIIGS” if Credit Suisse’s concerns from Monday begin to take hold.

24/7 Wall St. does not want to draw too much immediate cause and effect into light, but unfortunately that is the way of the world.  This sort of news builds, then it builds some more, and then there is a sudden concern that was not previously considered.  If you look at the whole string of the most recent sovereign downgrades from the ratings agencies you will see how much is simply cause and effect rather than being due to an internal smoking gun or flash-point.

Credit Suisse initiated coverage of the French banking sector with a cautious view and said it is about 12% under consensus earnings projections.  What stands out is not any single smoking gun tying France to Greece or Italy.  The fears revolve around multiple challenges in the coming years.  The areas of concern are pressure on earnings and capital regulation.  Credit Suisse did note that “Southern Europe” is not marginal, but called it manageable.  It listed Greek sovereign debt coming to about 3.4% of assets.

Credit Agricole was given an Underperform rating with no catalyst that can offset the Greek exposure. Societe Generale and Nataxis were both started with “Neutral” ratings.  BNP Paribas was the only positive call, given an Outperform rating, based upon it being a defensive play with good earnings visibility.

So, you probably want to know why we even care about French banks when Italy is the concern today.  Many U.S. investors are not too certain about new stress tests in Europe, and the world is watching somewhat in awe over the U.S. and its political exchange that is holding up a lifting of the debt ceiling.  If the “Risk-Free” asset of U.S. Treasury debt does come into play where a default of some form or fashion, then how will that impact other government debt ratings?  Not well.

Take a look at just how badly the ADRs of the PIIGS nations were doing today.  If you want some factual data above and beyond the PIIGS, look at these funds, ETFs and ADRs from France in New York trading:

The European Equity Fund Inc. (NYSE: EEA), which invests in the public equity markets of countries utilizing the euro currency and is meant to track the broader MSCI-EMU Index, is down 4% at $7.90.

Here is the good news, and the bad news… The debt ratings agencies are very slow to act.  Maybe it is time to bring out that List of Global Triple-A Ratings again.

We have argued this before as a sideline comment, but it may be coming closer and closer to reality… In today’s world, there may be almost no such thing as a true Triple-A.