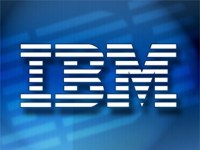 The results are in, and though they may be temporary, it’s now official that IBM Corp. (NYSE: IBM) has become the second largest high-tech firm in the world, passing Microsoft Corp. (NASDAQ: MSFT). Apple Inc. (NASDAQ: AAPL) remains number one in both tech and overall. Apple’s market cap at yesterday’s closing price is roughly $362 billion. IBM’s market cap rose to about $214 billion yesterday, passing Microsoft’s $213 billion.

Does it really matter? Probably not, except as it reflects where the money is to be made in high-tech. IBM sold its PC business to Lenovo in 2005, when it became clear to the company that PC hardware was a low-margin business that would only get more competitive. Hewlett-Packard Co. (NYSE: HPQ) appeared to have figured that out this year, but buyers have not exactly been lining up to purchase HP’s PC business.

Dell Inc. (NASDAQ: DELL) continues to depend on hardware, but the company’s product mix has grown to include storage and networking hardware and software. Dell’s business mix is tilted toward government and enterprise sales, which together account for about 60% of revenue and two-thirds of profit.

Microsoft missed the bus on mobile devices, and the company’s deal with Nokia Corp. (NYSE: NOK) will get some help from the current spate of patent disputes in the smartphone and tablet markets. The Android operating system from Google Inc. (NASDAQ: GOOG) is free, but Samsung’s recent deal with Microsoft does in fact levy a licensing cost on an Android-based phone. But Microsoft collects instead of Google. If other smartphone makers follow suit, that will help the Redmond gang make up some of the missed opportunity.

Apple has managed to stall Samsung’s introduction of its tablet device in several countries, including Germany and Australia. Now The Wall Street Journal is reporting that Samsung is making an offer to Apple to settle the patent dispute. Eventually, all these patent lawsuits will be settled and cross-licensing deals will be struck, but that day may be some time off. Apple’s tight hold on both its hardware and software have put it at the top of the market cap rankings because the company can maintain high margins due to customer perceptions that iPhones and iPads are in a class by themselves. If/when that perception is punctured, margins will return to earth.

If Microsoft was late to get on the mobile device business bus, HP took the wrong bus when it purchased Palm. Now its trying to shed that business as it closes on its $10 billion acquisition of the UK’s Autonomy, an enterprise software and consulting firm. This is similar to IBM’s strategic dumping of its PC business years ago, but it may be that many years too late. Add to that the turmoil that is sure to follow the ouster of Leo Apotheker, and HP could be hurting for a while.

While all this was happening, IBM continued to build up its software, services, and consulting businesses. The company is now the largest computer-services company in the world, and it has targeted emerging markets, analytics, cloud-computing, and infrastructure as areas of future growth.

Over the past five years, IBM’s share price has doubled. Only Apple’s 4x growth beats that. Both HP and Dell are off more than -30% in the same five years, and Microsoft is barely flat. It was only a matter of time before IBM once again outpaced Microsoft, and that time has now come.