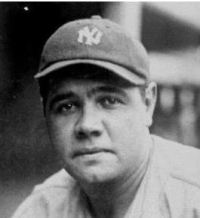 Source: Wikimedia commons - public Domain
On March 8th, Peyton Manning is set to make $28 million from the Indianapolis Colts, the highest amount ever paid to an NFL athlete, despite missing all of last year due to injury. It will also put him in the rarefied group of star athletes who make more than ten times the average salary in their sport, according to 24/7 Wall St’s independent analysis.

Top athletes are now paid more than ever before. In fact, even when adjusting for inflation, older salaries fail to compare to current ones. As a result, nearly all of of the highest-paid athletes in current dollars are playing or have retired in the last decade.

Read the highest-paid players of all time

Still, even in earlier times — when sports teams made far less money — they paid the best players much more than others. A better way to look at athletes’ pay requires examination of all salaries since modern professional sports began. By comparing the salaries of the top-paid athletes from each era with the average salary of the sport at that time, the highest-paid players of all time can be counted. Based on an analysis of the highest salaries in the NBA, NHL, MLB and NFL in the last century, 24/7 Wall St. has identified the top-paid athletes that made at least ten times the average player’s salary when they played.

When looking at the highest salaries of all time based on current dollars, the lists are dominated by players from the last decade. Of the highest single-season salaries in baseball, the top 100 paid players are all from the last twelve years. It is no different in the other major sports. Even when adjusting for inflation, current salaries are much higher than those paid to elite players in the past.

Babe Ruth, who was paid $80,000 in 1930 by the New York Yankees, would make just over $1 million in 2010 dollars. However, he was paid over ten times the average salary of other baseball players during the 1930 season. By contrast, while Kobe Bryant is currently the highest-paid player in the NBA with a salary of $25 million, he makes less than five times the league average, and barely makes the top 10 for the NBA using our metric.

The phenomenon of massive salaries is driven by over-spending in the professional sports with limited or non-existent salary caps – frequently fueled by only a few teams. Baseball, which has no salary cap, has more highly-paid players than any other sport.

In 2000, Kevin Brown was the highest-paid baseball player of all-time, with a salary of $15.7 million from the Los Angeles Dodgers. The following year, Alex Rodriguez signed a 10-year contract with the Texas Rangers worth $252 million, which paid him $22 million during the 2001 season. Rodriguez became the highest-paid player again in 2009, when he signed a new contract with the New York Yankees that paid him $33 million that year — an increase of 50% in less than a decade.

Similarly, while NFL teams have a hard salary cap, there is no maximum that teams are allowed to spend on a single player.  Under these rules, Manning’s new salary would be an increase of nearly 150% over the highest salary of 2001. Meanwhile, the league’s salary cap has only increased 80% over the same time frame.

In the 90’s, sky high salaries hit the NBA and NHL, sports with limited or no salary cap at the time. From 1990 to 1998, the average NHL salary more than quadrupled. Wayne Gretzky, the undisputed best hockey player of all-time, was paid $3 million in 1990 by the Los Angeles Kings. Less than a decade later, Joe Sakic, a future Hall-of-Famer, was paid more than five times Gretzky’s salary by the Colorado Avalanche. Similarly, average salaries tripled from 1990 to 2001 in the NBA, topped by Michael Jordan’s 1998 salary of $33.1 million with the Chicago Bulls.

Both of these sports have had multiple labor disputes in the past 20 years, leading to the implementation of a hard salary cap in hockey and a highly-structured soft cap in basketball. Unlike baseball which has no maximum, the changes have limited explosive salary growth in both sports in recent years.

Based on greatest players lists from the professional sports leagues and several major sport news sites, 24/7 Wall St. identified the the 25 top-rated players of all time in each of the four major sports. To account for the changes in overall sports revenue and the compensation given to the best-paid players, we determined the highest salaries of all time relative to contemporaneous league averages. We consulted leading statistical websites for each sport, newspaper archives, sports encyclopedias and athlete biographies to determine the salaries for each player. In some cases, slightly different salaries are attributed to a player for the same year; in these instances, we took the most frequently cited number. When the average salary for a specific year was not available, the amount was estimated based on the years in close proximity. Ranked by the ratio of the player’s salary to the average player salary at the time, we identified the eleven players that made ten times the league average.

While previous methods may have missed all-time greats, we ranked players from all eras. This is 24/7 Wall St.’s highest-paid players of all time.