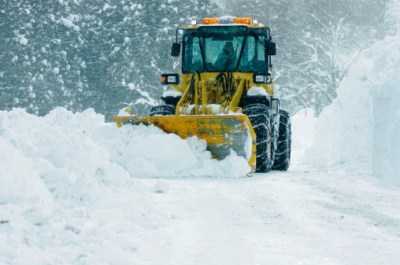 For some reason, a number of analysts believe that the launch of a new version of the Research In Motion Ltd. (NASDAQ: RIMM) BlackBerry will reverse the firm’s dismal fortunes. The opinion has no basis in fact. Apple Inc. (NASDAQ: AAPL) and Samsung dominate the smartphone market and have pushed out much better financed companies than RIM — among them Google Inc. (NASDAQ: GOOG), Sony Corp. (NYSE: SNE) and LG Electronics. The BlackBerry 10 may have nifty new features, but consumers long ago abandoned the BlackBerry because of, among other things, a lack of distribution of its operating system on other products, and its tiny app store. According to USA Today:

“It’s low odds” for success, says Deutsche Bank Securities analyst Brian Modoff. “You have two well-developed ecosystems and another already banging on the door” from Microsoft. Experts contend Microsoft has an edge over RIM with sheer size, spanning PCs and tablets, and a jump-start with Windows Phone 8.

What Boeing Knew and When

Apparently Boeing Co. (NYSE: BA) knew about problems with batteries on its 787 Dreamliner before that trouble became public, and probably before its was disclosed to many of its airline customers. If this is true, Boeing could be open to fraud lawsuits and an attempt by large carriers to get back some of what they paid for the new airline. A lack of disclosure also could cause severe sanctions from the U.S. government and officials in nations outside America. The New York Times reports:

Even before two battery failures led to the grounding of all Boeing 787 jets this month, the lithium-ion batteries used on the aircraft had experienced multiple problems that raised questions about their reliability.

Officials at All Nippon Airways, the jets’ biggest operator, said in an interview on Tuesday that it had replaced 10 of the batteries in the months before fire and smoke in two cases caused regulators around the world to ground the jets.

Microsoft Corp. (NASDAQ: MSFT) has decided to allow businesses to license the new version of its widely used and highly profitable Office product. The move may be an acknowledgement that companies have moved to software purchase models that include access to products over the cloud, or access for only as long as they need a product. Whatever the cause, the move risks a large portion of the revenue from Office, a mainstay of Microsoft’s hugely profitably Windows franchises. According to CNN Money:

Microsoft will be offering Office as a subscription service for consumers. For $100 a year, “Office 365 Home Premium” customers can put Office on up to five computers including Macintoshes and Windows 8 tablets and store up to 27 gigabytes of data on Microsoft’s SkyDrive cloud storage service. The subscription includes frequent software updates and allows users to automatically load their customized Microsoft Office settings on each different device.

Office 365 users will also be able to get “Office on Demand,” a feature that allows them to temporarily access the latest version of Office on any computer through a Web browser — whether or not that device has the program installed. One caveat: Once you stop paying, you lose the software.