The Russia Crash Back On: Bears Loving Putin 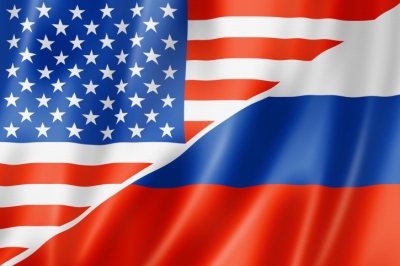 Source: Thinkstock
Did you remember the White House saying to short Russian stocks in recent months as tensions were mounting between Russia and Ukraine and over sanctions? Well, their timing was way off, but their message is looking more “on again” on Thursday. With Russia’s troop buildup taking place once more, sanction news and reports of a downed fighter jet has Russian stocks getting whacked.

When Vladimir Putin moved to withdraw the military option, many investors did not believe it would last. That still remains up in the air. Unfortunately, the uncertainty and damage to Russian trade is now stronger.

ALSO READ: Why Russia and India Face Most Credit Downgrades

VimpelCom Ltd. (NASDAQ: VIP) is a key telecom provider with markets in Russia, Italy, Algeria, Kazakhstan, Ukraine, Pakistan, Bangladesh, Armenia, Tajikistan, Uzbekistan, Georgia, Kyrgyzstan, Laos, Central African Republic, Burundi and Cambodia, as well as in Canada and Zimbabwe. Its shares in New York trading were down 3.2% at $8.69, versus a 52-week range of $7.53 to $14.74.

Qiwi PLC (NASDAQ: QIWI), an operator of electronic online payment systems primarily in the Russian Federation, Kazakhstan, Moldova, Belarus, Romania, the United States and the United Arab Emirates, was lower as well, down 4.6% at $42.42, versus a 52-week range of $24.75 to $59.24. Qiwi’s market cap was more than $2.2 billion after the drop.