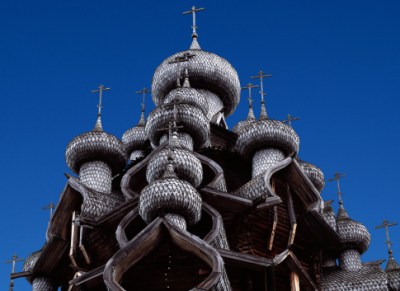 Source: Thinkstock
The early Wednesday morning announcement from Ukraine that it had reached a ceasefire “regime” with Russia was almost immediately countered by a Russian statement that the two sides had merely talked about taking steps toward peace. Russia, you see, is not involved in the conflict in Ukraine, at least according to the Russians, so they can’t be party to a ceasefire. Whatever the truth turns out to be, U.S. equity futures responded favorable to the conflicting reports.

Russian markets have fared much less well. According to a report from Reuters in early August:

Russia’s syndicated debt market, worth $47.2 billion last year, has dried up since hostilities broke out over the Ukraine. Just two corporate loans have been signed since March — a $1.15 billion pre-export loan for Russian iron ore company Metalloinvest and a $450 million unsecured loan for potash producer Uralkali.

The U.S. government’s $8.9 billion fine on BNP Paribas got European banks’ attention, and the continent’s bankers are being cautious about pushing against the edges of the sanctions envelope. In July, no Russian company received a loan in U.S. dollars, Swiss francs or euros, the first time that has happened in five years, according to a report at Bloomberg.

READ ALSO: Who Needs Russia? Ukraine Will Destroy Itself With New Gas Tax

On March 3, shortly after Russia annexed the Crimea, the MICEX index fell by about 11%. Wednesday morning the index was down just 0.73% year-to-date and up more than 9% over the past 12 months. Here is a look at some large Russian stocks and funds that trade on U.S. exchanges.

Mobile Telesystems OJSC (NYSE: MBT) is up more than 6% since March 1 and up about 2.4% from Tuesday’s close. The stock traded at $18.70 in the premarket Wednesday morning, in a 52-week range of $52.06 to $24.06. The low was set on March 3. Mobile TeleSystems offers mobile and fixed voice, broadband and cable TV in Russia, Eastern Europe and central Asia. The company’s market cap has risen from around $15 billion in March to $18 billion today.

VimpelCom Ltd. (NASDAQ: VIP) is a key telecom provider with markets in Russia, Italy, Algeria, Kazakhstan, Ukraine, Pakistan, Bangladesh, Armenia, Tajikistan, Uzbekistan, Georgia, Kyrgyzstan, Laos, Central African Republic, Burundi and Cambodia, as well as in Canada and Zimbabwe. Its shares have traded down nearly 16% since March 1 and closed at $8.56 on Tuesday. The 52-week range is $7.53 to $14.74.

Market Vectors Russia ETF (NYSEMKT: RSX) added nearly 5% Wednesday morning to trade at $24.75 in the premarket session. Shares dropped to $22.31 shortly after the takeover of Crimea, and the fund’s 52-week range is $20.86 to $30.25. This ETF currently trades more than 6 million shares per day, up by 50% from its volume level in early March.

Templeton Russia and East European Fund Inc. (NYSE: TRF) is a closed-end fund under Mark Mobius and team, and it is perhaps the oldest investment fund for American investors to get into Russia. Since March 1, this mutual fund is down about 2% at $13.34, and the 52-week range is $12.00 to $15.71.

Qiwi PLC (NASDAQ: QIWI) operates electronic online payment systems primarily in the Russian Federation, Kazakhstan, Moldova, Belarus, Romania, the United States and the United Arab Emirates. Its ADR traded up 3.6% in the premarket at $38.30, against a 52-week range of $26.14 to $59.24. Qiwi’s market cap was more than $2.4 billion in early March and has fallen to $1.94 billion as of Tuesday’s close.

READ ALSO: 10 Countries Spending the Most on the Military