How Much Puerto Rico Risk Is There at MBIA and Assured Guaranty? 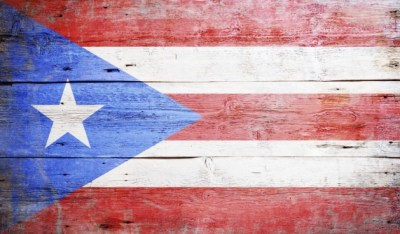 Source: Thinkstock
Monday’s stock market sell-off may have looked harsh as the Greece exit of the Euro looks closer and closer. Municipal bond investors now have a much larger risk in the United States than they do in Greece — Puerto Rico has warned that it is effectively near default after Puerto Rico’s governor said that its $72 billion in debt is unpayable.

The governor had previously said that Puerto Rico would effectively do whatever was necessary to pay its debt. That change of tune has been just in recent weeks as well. What is interesting is that it is hard for a to unincorporated territory like Puerto Rico to file bankruptcy.

The firm BTIG came out on Monday and downgraded Assured Guaranty Ltd. (NYSE: AGO) and MBIA Inc. (NYSE: MBI). BTIG said that this risks makes the two insurers not buyable and that investors should not get involved in the names. Assured Guaranty and MBIA are municipal bond insurers, and their ratings were each downgraded to Neutral from Buy.

The fears were growing after a Sunday interview ran in the New York Times, with the ominous words that bond investors should prepare to sacrifice.

Shortly after publishing the muni-insurance piece, Fitch Ratings announced that it has downgraded the Commonwealth of Puerto Rico’s general obligation (GO) and related debt ratings to ‘CC’ from ‘B’. Also, the  ratings remain on Rating Watch Negative:

The downgrade of the ratings to ‘CC’, which indicates Fitch’s belief that default of some kind appears probable, is based on public comments by the governor supporting the broad debt restructuring strategy included in an external report released this morning by GDB.

Fitch no longer believes that the commonwealth views GO debt as worthy of the higher level of protection that to date has been assumed due to the very strong legal pledge and repeated public statements to this effect. As it is difficult at this point to predict the course that the commonwealth will take from here in pursuing debt restructuring, Fitch does not believe it is meaningful to distinguish among the various securities and with today’s rating action brings all of the commonwealth debt that is rated by Fitch to ‘CC’ Rating Watch Negative.