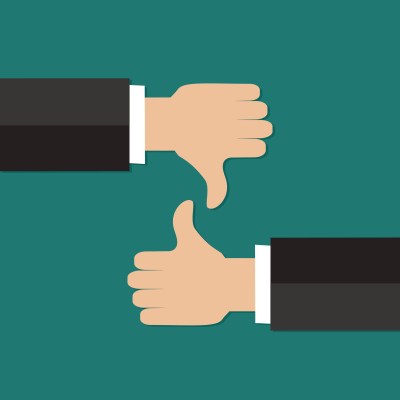 Source: Thinkstock
Stocks were lower on Monday across the board on profit taking, but investors have already bid futures higher on Tuesday. It is also no secret that the market is at all-time highs. The bull market is now nearing nine years old, and the trend that has prevailed for more than five years is that investors keep finding new reasons to buy stocks after each market sell-off. Those same investors are also hunting for new investing and trading ideas to generate gains and income ahead.

These were the top analyst upgrades, downgrades and other research calls from Tuesday, October 31, 2017.

Axalta Coating Systems Ltd. (NYSE: AXTA) was raised to Buy from Hold and the price target was raised to $37 from $29 at Vertical Research in the wake of Akzo Nobel and the company confirming merger talks. This was after a big pop on Friday, and after a 2.2% sell-off to $32.43 on Monday. Axalta has a consensus analyst target price of $33.06, and RBC had raised its target to $37 from $32 on Monday.

Merck & Co. Inc. (NYSE: MRK) was down another 6% at $54.71 on Monday, but it was indicated to open marginally higher on Tuesday. Merck was raised to Hold from Underperform at Jefferies after a wave of downgrades were seen in the past couple of days. Jefferies noted that its negative view had been based on the overly bullish consensus regarding the durability of Keytruda’s growth prospects, and the sharp drop in the shares now removed the expected downside. Merck has a 52-week range of $54.41 to $66.80.

Microsoft Corp. (NASDAQ: MSFT) was raised to Buy from Hold with a $95 price target at Argus. This is after last week’s solid earnings created waves of Microsoft analyst target hikes. Argus believes that the company is well positioned to grow commercial revenue as the process of digital transformation continues, and it sees Azure cloud services, Dynamics CRM and Office 365 as primary growth drivers. Microsoft has a 52-week range of $57.28 to $86.20.

Switch Inc. (NYSE: SWCH) was started as Neutral at Citigroup and started as Market Perform at Raymond James. BMO Capital Markets started it as Outperform with a $23 price target, and BTIG started it as Buy with a $22 price target. Credit Suisse started Switch as Outperform with a $22 target price. Switch shares were up 1.9% at $19.35 on Monday, but the stock was indicated down 1.8% at $19.00 on Tuesday.