Ninja Turtles Likely to Beat the Expendables at the Box Office 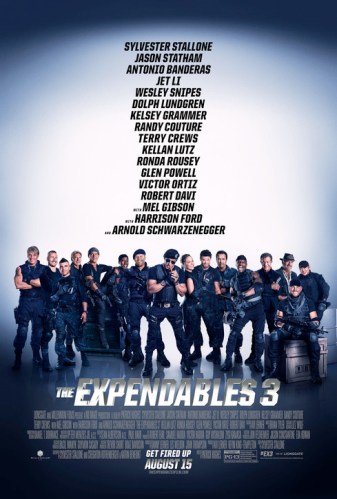 Source: Lions Gate Entertainment Corp.
The summer movie season has only three more weekends to run, including this one, which features a third installment of the senior citizen action heroes, “The Expendables 3” from Lions Gate Entertainment Corp. (NYSE: LGF). The big box office this weekend, though, is expected to be “Teenage Mutant Ninja Turtles” from Viacom Inc.’s (NASDAQ: VIAB) Paramount Studios, which opened last weekend with about $65.6 million in ticket sales and an expectation for another $26.2 million this weekend, according to Box Office Mojo.

“The Expendables 3” is expected to sell about $24 million in opening weekend tickets, placing it third behind “Guardians of the Galaxy” from The Walt Disney Co.’s (NYSE: DIS) Buena Vista Studios. The Lions Gate franchise has banked about $185 million worldwide for its two previous releases, and Sylvester Stallone, Jet Li, Harrison Ford, Wesley Snipes, and Arnold Schwarzenegger are teamed up again with younger stars like Ronda Rousey. This movie even gives up its R-rating for a PG-13, hoping to draw a wider if not more discerning audience.

The movie is opening on 3,221 screens in the U.S., and it is expected to do well internationally, especially in China where the previous installment brought in more than $53 million. A plausible figure for international receipts is well over $200 million, according to Box Office Mojo.

A movie starring Jeff Bridges and Meryl Streep based on a young-adult novel, “The Giver” from The Weinstein Company, is scheduled to open on 3,003 screens. Reviews have not been encouraging, and the opening weekend estimate for ticket sales is around $16.5 million.

The weekend’s third major release is “Let’s Be Cops” from Twenty-First Century Fox Inc. (NASDAQ: FOXA), an action comedy starring Jake Johnson and Damon Wayans Jr. Although the move is touted for just $17 million over the weekend, it actually opened on Wednesday on 3,094 screens and is expected to bring in about $26 million in the five-day run.