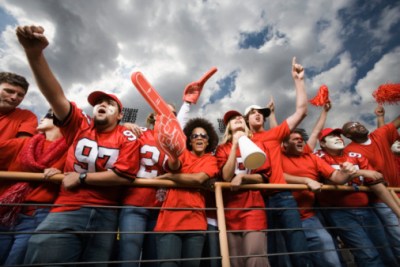 Source: Thinkstock
Digital media research firm comScore has released its ranking of the top 50 U.S. digital media properties for September, and the multi-platform list is topped by Google Inc. (NASDAQ: GOOG). comScore counted a total audience of unique visitors of more than 233.2 million, about two-thirds of the total U.S. population and flat with the August total.

Fox Sports pulled nearly 64 million visitors in September, compared with about 61 million in August. Fox Sports was not among the top 50 in July, indicating a July total of around 20 million.

The NFL’s own Internet group posted nearly 58 million visitors in September, compared with 50 million in August. Like Fox Sports, the NFL group did not appear on July’s top 50 list.

Below Google at the top of the ranking, Yahoo! Inc. (NASDAQ: YHOO) sites attracted more than 219 million visitors (up 2 million month-over-month) to nab second place. These two were July’s leaders as well, but the rest of the top five shifted positions a bit. comScore’s count includes desktop and mobile properties.

Measured by advertising reach on the desktop only, the top advertising entity is AddThis, with a 93.4% reach compared with number two Google’s 79.3% reach. ShareThis and Outbrain rank third and fourth, followed by Yahoo at fifth with a reach of 73.2%, Facebook with a reach of 58.4% at sixth and YouTube with 50.2% in the seventh spot. Rounding out the top 10are AOL with 47.4%, Microsoft’s Bing with 39% and Amazon.com Inc. (NYSE: AMZN) with 36.1%.

The highest ranked non-tech, non-media property is Wal-Mart Stores Inc. (NYSE: WMT), which posted a rise in September visitors at both mobile and desktop platforms to more than 73 million from 72 million in August.